George broke the mold for female sports broadcasters and earned the crown of Miss America. 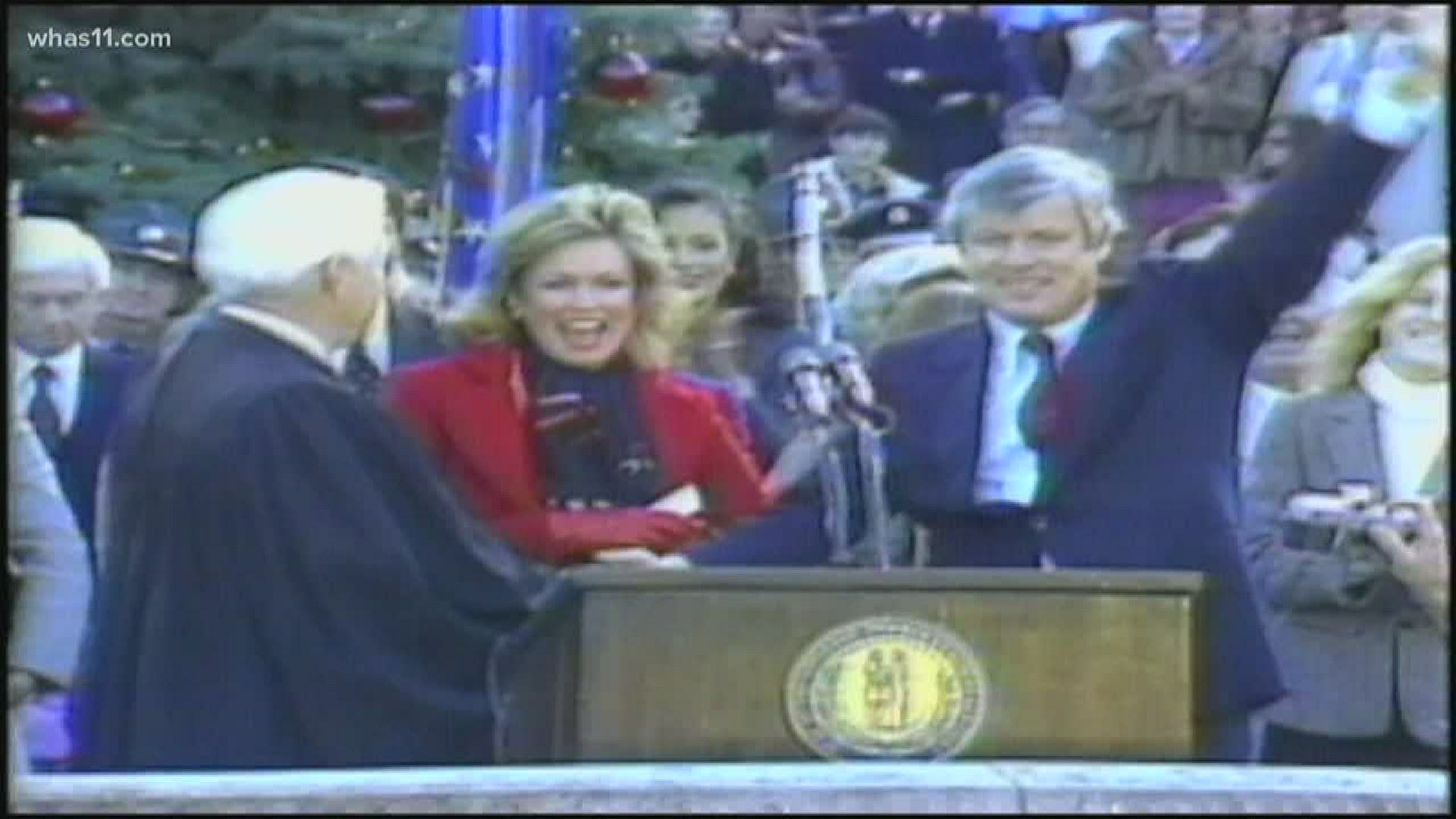 LOUISVILLE, Ky. — The word trailblazer certainly fits Phyllis George. As we say goodbye to the Former first lady of Kentucky, her close friends and loved ones are reminding us of the many hats she wore that paved her legacy.

"I had a mission and that mission was to promote anything handmade and help the crafts people find new markets and open up a whole new world of people that didn't know about it," George said nearly twenty years ago.

A born Texan, Phyllis adopted Kentucky through her former marriage, and before Bourbonsim, she gave the bluegrass state it's art and culture identity.

"Oh it's more than a passion it's become a total obsession," she said on the radio years ago.

Terry McBrayer, a close friend of her and their family, says, that spirit was truly contagious.

"Her smile, her dimples, her personality," McBrayer said. "It's just that smile, I mean she had a magnificent smile. She walked into a room and just took control of the room."

Her love for creative crafts was just the beginning of her long list of accomplishments.

"I have done so many things if you read my resume you'd think I was a 90 year old woman," George said nearly twenty years ago.

She broke the mold and became one of the first female sportscasters on CBS's NFL today.

"She put her neck on the line trying to do football broadcast and it's a mans game and it's to be greatly commended for," McBrayer said.

She could just as easily talk about the game as she could put on her crown. Heather French Henry, who was crowned Miss America 2000 says she was the true model of a public servant.

"Looking up to her and seeing this young girl and grew up and achieved her dream of becoming miss America, she was such a force and an idol for me...above and beyond even just the crown and even the public notoriety certainly that she had, is that she was always wanting to do something to make a difference," Heather French Henry said. "That spirit is something I think we should all embody and she would love for us to embody."

Businesswoman, actress, first lady, miss America, and sportscaster are just a few of the hats this icon wore.

"She was able to do so much with what she was given and she never ever shied away from an opportunity," Heather French Henry said.

"Phyllis George always saw the glass half full and the people around her felt that same way," Abramson said.

Those lucky enough to have known her, say she will forever be remembered as a magnificent force.

"She's a very special lady and we're a far better state, having had her as first lady," Abramson said.

Family members say she died of a rare blood disease she had been battling for more than five years. She was 70 years old.