Justin Daniels has been crowdfunding the tips for hardworking servers and amounts only went up after posting his first video. 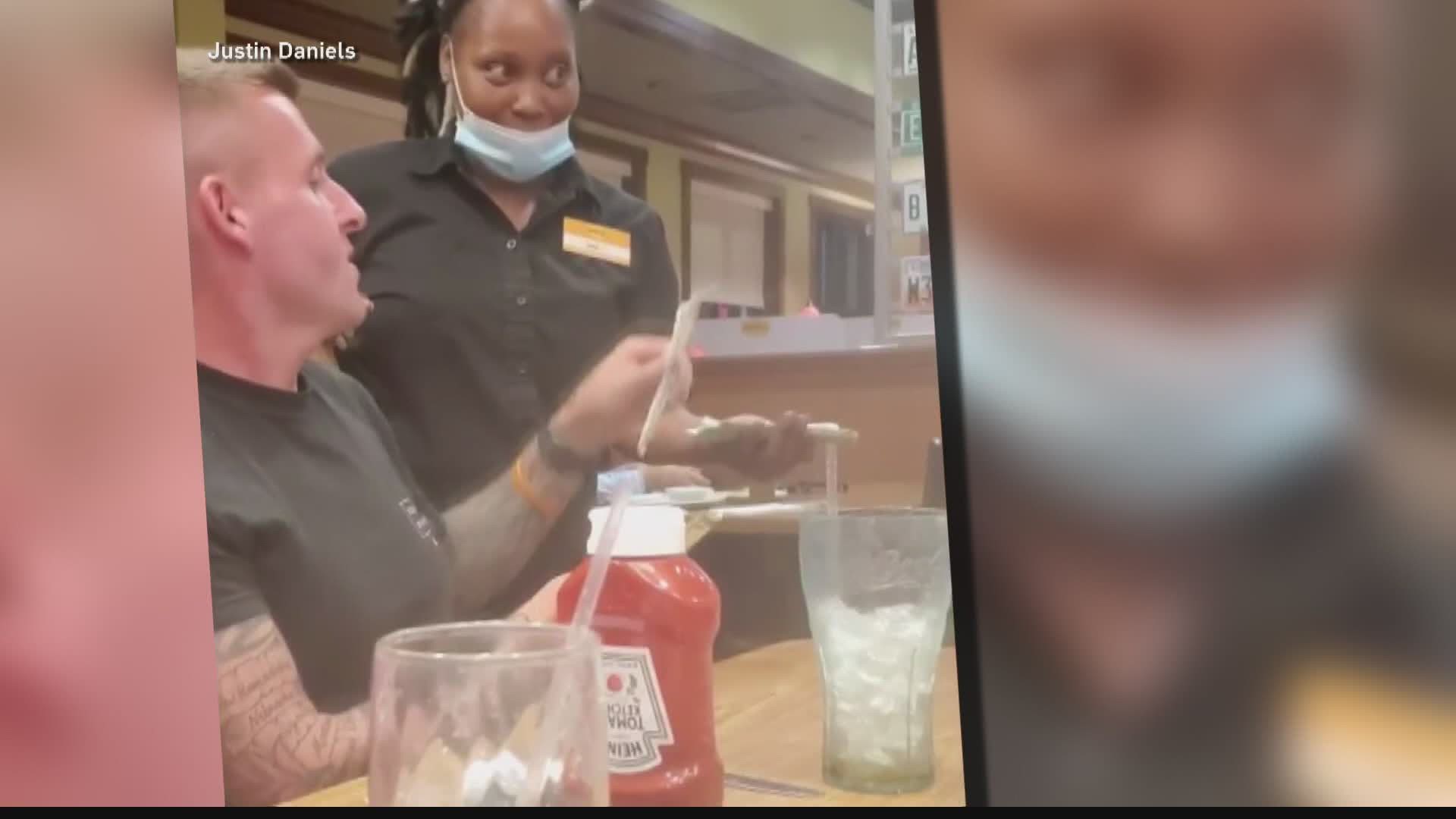 RANDOLPH COUNTY, Ind. — Justin Daniels said he got the idea while scrolling through his TikTok feed, where a woman was leaving enormous tips for her restaurant workers.

“The whole COVID thing has just put a lot of stress on people with their bills and being laid off,” Daniels said. “So it was like, I might as well give it a shot.”

For the past few weeks Daniels, who lives in Randolph County, has been doing the same and going to restaurants in eastern Indiana with a surprise.

His first trip was to an ice cream shop where he left $125 for the girls behind the counter.

Daniels has been crowdfunding the tips for hardworking servers and amounts only went up after posting his first video. He raised $158 for a waitress at Denny’s, then $300 for a man working at Texas Roadhouse.

Most recently, he stopped at a Waffle House.

“When we walked in there was just a cook and a waiter. So I called both of them over to our table and we gave them $275,” Daniels said.

He’s asking people to reach him on social media to donate and keep the momentum going and is thinking even bigger.

“I want to keep going with the server type thing, but I want to be able to pay someone’s mortgage for a month, or help someone with hospital bills, just to make people feel good,” said Daniels.