Sen. Paul said he feared for his life, but BLM Louisville organizer Chanelle Helm said her community fears for their lives too. 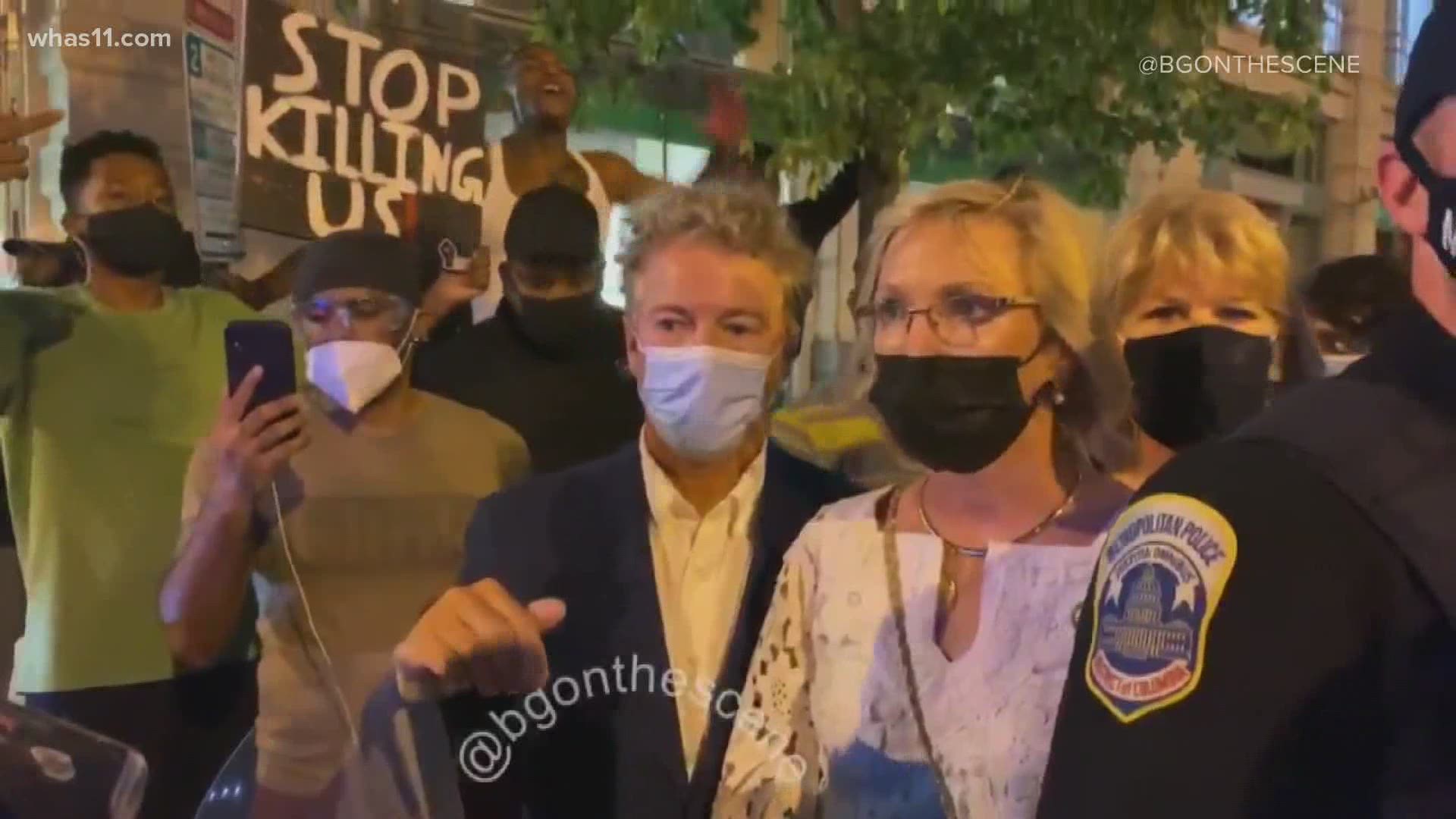 LOUISVILLE, Ky. — Protesters surrounded Senator Rand Paul and his wife as they were trying to make their way back to a hotel after a Republican National Convention event at the White House early Friday morning.

The protesters yelled "Say her name" and "Black Lives Matter" in reference to Breonna Taylor, a 26-year-old who was killed during the execution of a no-knock search warrant at her Louisville apartment.

In an interview with Fox News Friday morning, Paul said the incident was horrific and said he believes the police saved his life.

Officers helped the Pauls get to their hotel, blocking protesters from reaching the senator. Video shows at one point an officer used a bicycle as a barricade.

“They were shouting threats to kill us to hurt us,” Sen. Paul said.  “We would not be here today or we would be in a hospital today had the police not been there.”

Chanelle Helm, the lead organizer for Black Lives Matter Louisville, said she understand Paul's fears because her community faces that danger too.

“He probably did fear for his life. That’s not my concern, my concern is the lives I have to protect every day,” Helm said. “My children — my Black children, my Black mother, my Black grandmother and my Black self.”

In June, Paul introduced the Justice for Breonna Taylor Act, which would ban no knock warrants.

“The irony is lost on these idiots that they’re trying to kill the person trying to get rid of no knock raids,” Sen. Paul said during his Fox News interview.

“It hasn’t been passed,” Woodward said. “I think the Senate is still sitting on it so it’s kind of a moot point."

“The arrogance of his comments that he made this morning about don’t these idiots know that I am the author of the Breonna Taylor Law, if he thought that people would be on his side because he dropped one piece of legislation then he is sadly mistaken,” Helm said.

The bill has been read twice and referred to the Committee on the Judiciary.

Governor Beshear released a statement saying that no one should have to fear for their safety.

"I’m glad Senator Paul is okay," Beshear said. "We should show this same concern not just for all office holders, but all Americans."

WHAS11 has not yet heard back from McGrath’s office.