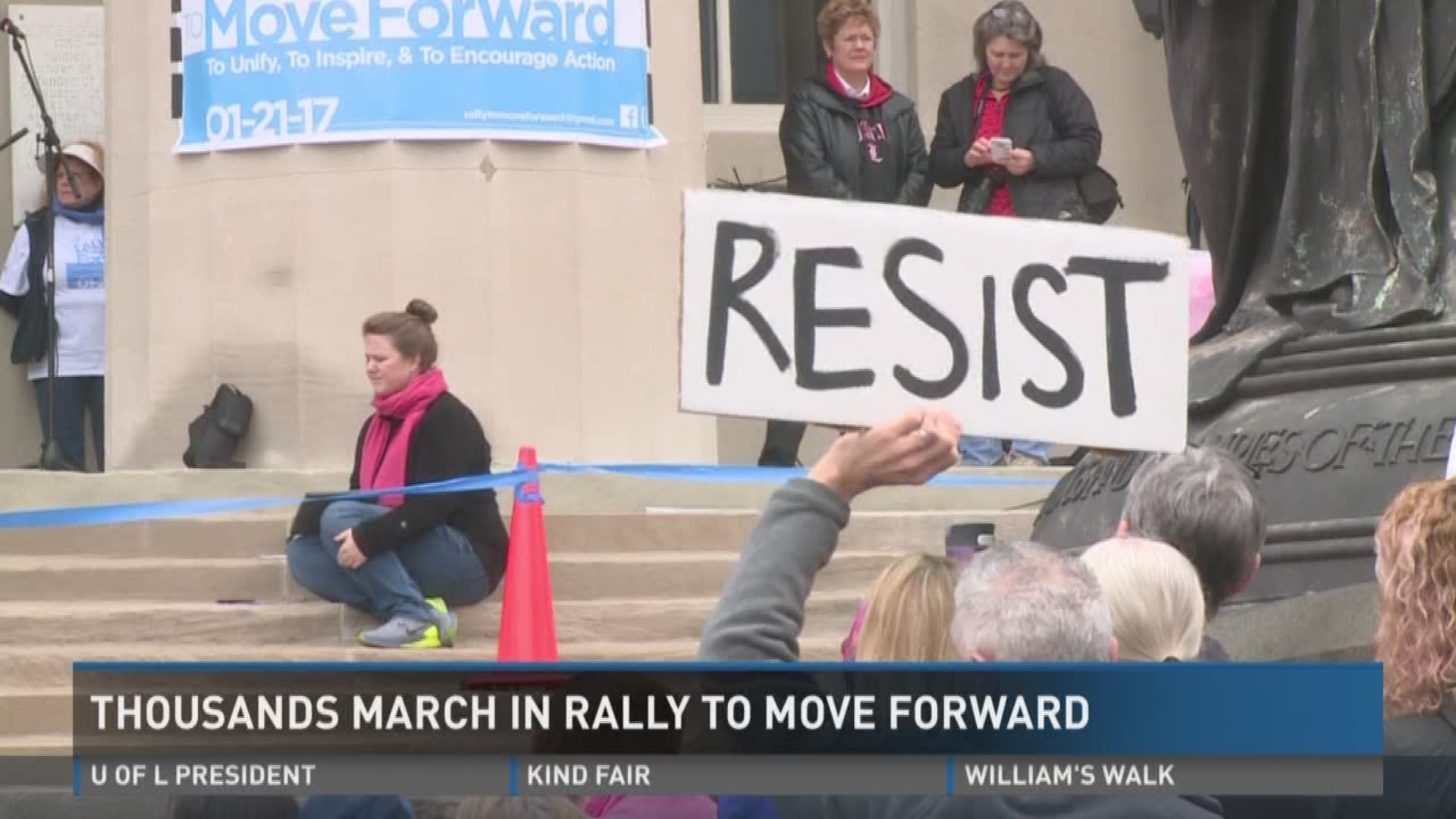 LOUISVILLE, Ky. (WHAS11) – There was a call to action on the steps of Louisville's Metro Hall Saturday morning. A day after President Donald Trump's inauguration, organizers of a 'Rally to Move Forward' are using their voices to stress unity.

"We must move forward together," one speaker said.

That message also included a rallying cry against past statements made by then-presidential candidate Trump about minority groups - including Mexicans, African American's, Latinos and the LGBTQ community.

"As a nation, we can only move forward by putting the election and it's rhetoric behind us and unite as one nation to uphold the American Dream," Louisville activist Muhammad Babar said.

It's that same idea that brought Lena Brown downtown. "I think the government doesn't really respect the majority of the people," she said.

Brown is choosing to peacefully disagree with many of President Trump's positions like a ban on Muslims and a border wall. "We speak up. We stand up. We do something. We do what the founding fathers and mothers did. We respect people," she told WHAS11 News.

The rally was one of more than 600 planned across the county this weekend.