Race and criminal justice reform focus of forum in Kentucky 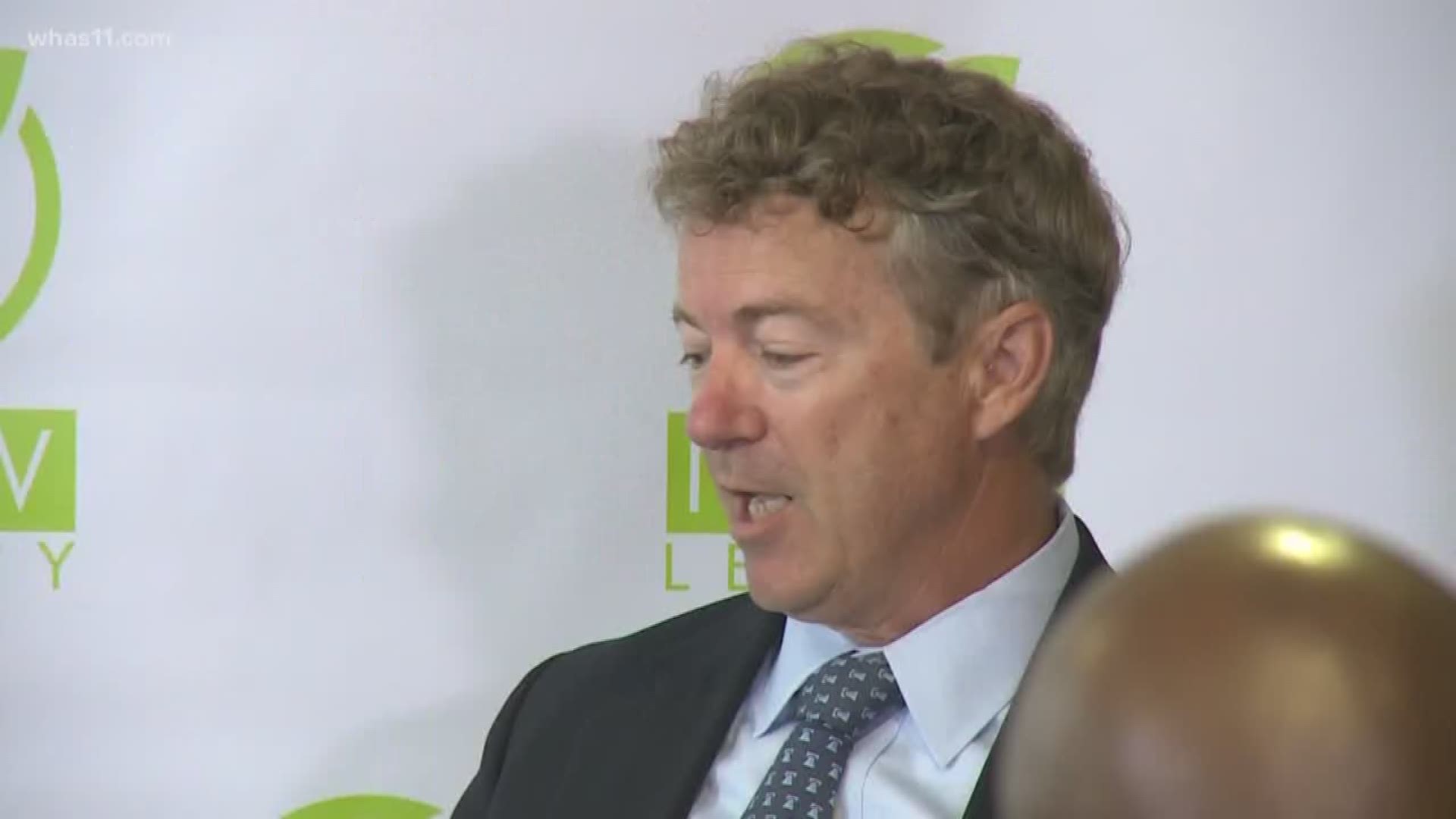 The issue led to expungement opportunities in Kentucky, now the Commonwealth’s Junior U.S. Senator is pushing for federal changes that he says will make a difference, especially for African-Americans who are incarcerated at a much higher rate than others.

Senator Rand Paul held a forum Monday in Louisville that took on the issue and included the question, “Does how laws are enforced have ‘racial’ or ‘racist’ undertones?”

Senator Paul says it’s worth the conversation. He described having 10 criminal justice reform bills in the works that he hopes will create a fairer system and put an end to injustice created by the three-strikes law.

“You can get three strikes and you’re getting life in prison,” Senator Paul said. “Three strikes could be three felony sales of marijuana, which is now legal in 14 states. But you can still sell marijuana in Kentucky three times and, if it is a felony amount, you could go to jail for life. We’ve reduced that to 25 years and I think that is a good first step, but it should be less than that.”

That effort, Senator Rand Paul told community leaders, was a result of the “First Step Act,” criminal justice reform that gave judges more discretion in sentencing. He said that standing up for reforms in drug sentencing, without advocating for what he considers dangerous behavior, is a balancing act. And while he credits bipartisan support for moving forward, he described Senate opponents as having a “Stone Age mentality.”

He recalled, “One senator said, as we discussed this--he was an opponent of this--he said, ‘Yeah. You don’t want recidivism? Then just don’t let them out.’ So we’re dealing with some people who have sort of a Stone Age mentality and my response to him is, ‘Yes. Unless it’s your grandson who has been arrested.’“

The audience asked questions, not all of which the senator could answer. One man said he appreciated the frank response.

Race plays a key role in discussions of criminal justice reform, and it did here. Senator Paul insisted that opening doors for re-entry and restoration of voting rights will create better outcomes, especially for African-American men who find themselves behind bars at a much higher rate than others.

“My goodness, a lot of us made mistakes when we were kids and some of us were luckier than others,” said Senator Paul. “And I think that’s part of the racial disparity in it in a sense that, I think, I really don’t think it’s the police saying, ‘Let’s go round up black people.’ There may be bad police who do that but I think it’s really that the police patrol more in city communities where there are more African-Americans. And so, there is a racial disparity and we can debate whether it’s racist or racial but there is no question there is a racial outcome and one way of doing it is lessening penalties and getting away from this war on drugs so much.”

One of those questions asked, that the senator said congress has never really addressed, involved restoring Pell Grants for incarcerated felons. Senator Paul said he had never been asked that question before, but he would look into it insisting that he supports restoration of most rights for those who have served their time.