On Tuesday night, Metro Council leaders hosted two town hall meetings addressing safety concerns -- one at UofL's Shelby campus and the other in the Highlands. 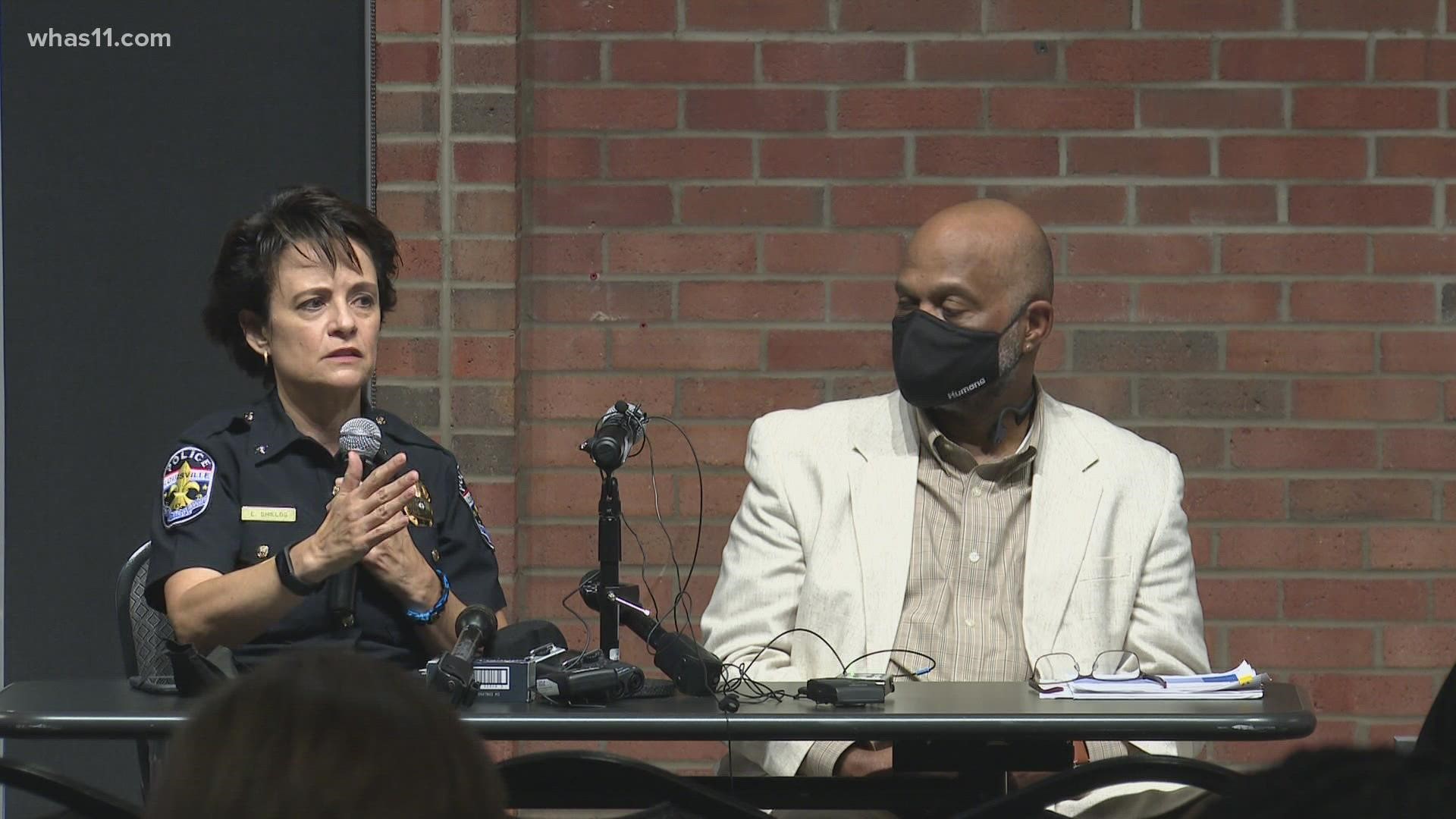 LOUISVILLE, Ky. — One of the most pressing questions in Louisville: How do we get the city's record violence numbers under control?

On Tuesday night, Metro Council leaders hosted two town hall meetings addressing safety concerns -- one at UofL's Shelby campus and the other in the Highlands.

"Clean up some of the things that are going on, some of the injustices going on," said Frank Anderson, a West Louisville resident who drove to eastern Jefferson County to hear what Chief Shields has in the works. "Nowadays if you're young, you don't have a chance to a be a child and know the joys of childhood."

At UofL's Shelby campus, Shields doubled down on stolen guns and officer shortages as large contributors to record homicide numbers.

"The proliferation of illegal guns have driven shootings across this country," Chief Shields said.

She also referenced an LMPD statistic saying arrests have dropped 50 percent since 2019 -- saying controversial traffic stops have led the department not to be as proactive.

The public asked questions at both sites, including in the Highlands for the other town hall. Another focus: prioritizing children and early intervention for kids who have gone through trauma.

Metro Councilmembers hosted Chief Shields, representatives from the Mayor's office, safety advocates, and the public for a meeting focused on ways to reverse a dangerous trend.

Chief Shields pointed to an issue of a select group of gangs recruiting kids young.

"The older gang members will recruit younger kids because they know if they get caught they won't get prison time," Chief Shields said.

Over in the Highlands at the very same time, Williams, Metro Councilwoman Cassie Chambers Armstrong and others addressed issues circled around car jackings and recent shootings happening around bars in the area.

Both sites invited questions from the audience, in UofL's case -- written and read aloud.

We’re told another town hall on public safety is planned for November, somewhere in southeastern Jefferson County. The exact location and time haven’t been revealed yet.