The warning comes after over 800 cases of illness have been reported across 46 states and one U.S. territory, including 12 deaths. 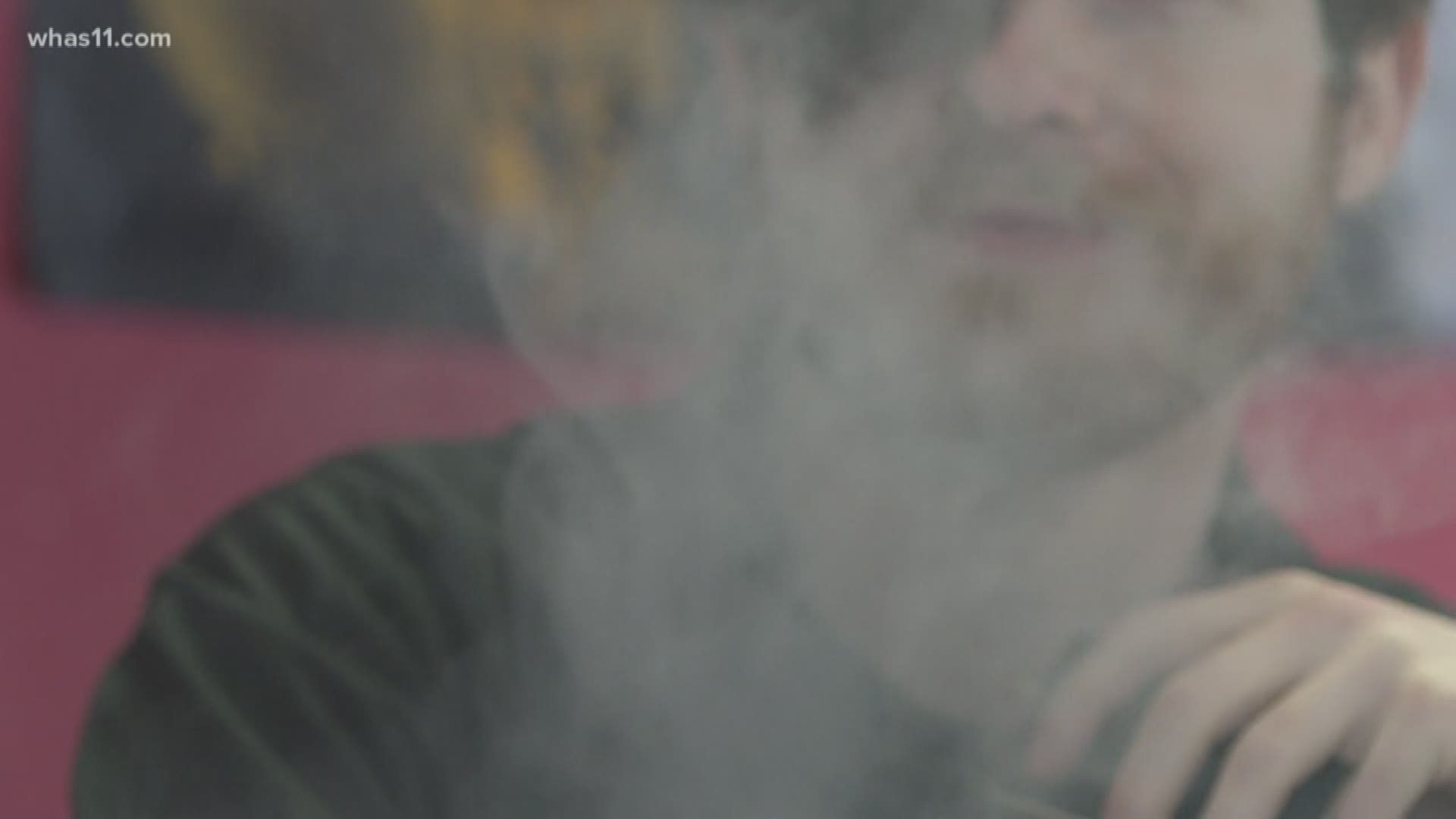 “We are deeply concerned about two public health trends we’re seeing right now,” Mayor Greg Fischer said in a press release. “One is the precipitous rise in teen vaping and the other is the outbreak we’re seeing of people who use vaping products developing serious lung problems.”

Over 800 cases of illness have been reported across 46 states and one U.S. territory, including 12 deaths. Kentucky currently has 20 cases under investigation, including one case in Louisville.

Louisville’s chief health strategist and Department of Public Health Director Dr. Sarah Moyer said, “Our message is simple: Vaping is not safe. This outbreak of e-cigarette-related injury and death is disproportionately hitting young people and it’s something we’ve never seen before.”

Moyer said the outbreak is not limited to products with THC bought on the black market.

“Investigators have not been able to narrow down the cause of this very serious lung injury to any single or group of vaping products. Right now, we can’t say that ANY vaping products are safe to use and don’t cause this lung condition,” Moyer said.

Moyer also advised former smokers who use electronic cigarettes in order to quit smoking to not return to conventional cigarettes, but to instead sign up for free “Stop Smoking” classes offered by the Department of Public Health and Wellness.

For more information on those classes call 574-STOP.

RELATED: US probe of vaping illnesses focuses on THC from marijuana

RELATED: US vaping illness count jumps to 805, deaths rise to 13