Protesters march downtown despite LMPD's crackdown of marches and caravans

Police made several arrests and blocked 6th and Broadway as protesters made their way down 6th Street Sunday evening. 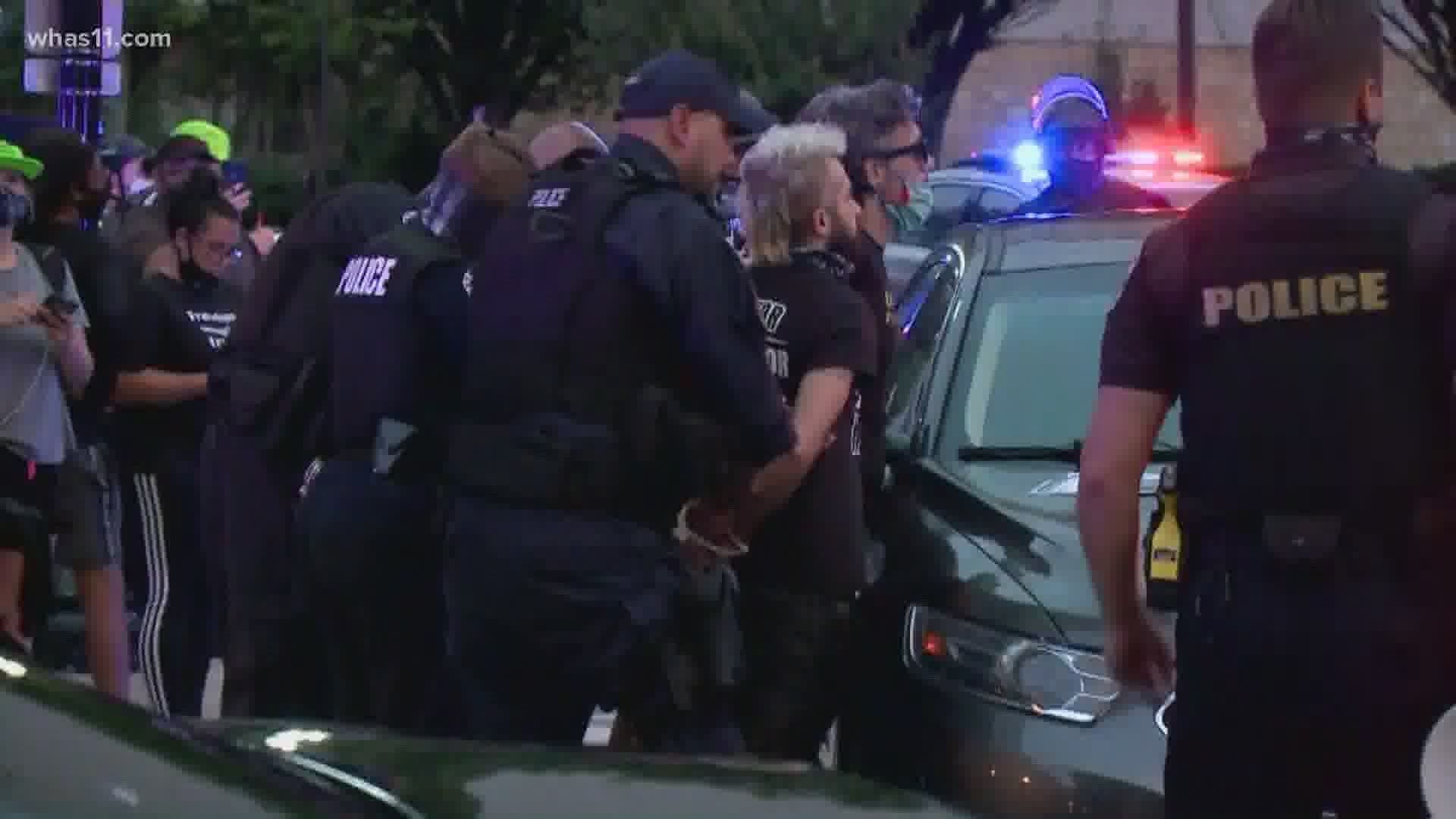 LOUISVILLE, Ky. — Protesters took to the streets Sunday evening in honor of Breonna Taylor and Michael Brown despite orders from police to stay out of the streets.

A large gathering of protesters met at the Muhammad Ali Center, making their way to Jefferson Square Park.

As the crowd increased in size at the park, police spoke through a loud speaker and warned protesters to keep off the streets and to stay on sidewalks. If they didn’t comply with the order, they would be subject to arrests.

This comes nearly 24-hours after 12 people were arrested Saturday night after police said some protesters blocked roadways, surrounded vehicles that tried to avoid the protest and shot paintballs.

Metro Police said due to ongoing safety concerns and an increase in aggressive behavior over the past week, including recent incidents, that caravans (walking or by car) couldn’t continue as they have been.

One protester didn’t want to show his face but wanted to show us his citation police handed him after he was handcuffed. His charges are “Disorderly conduct and obstructing roadway” @WHAS11 #BreonnaTaylor pic.twitter.com/nBogzwgnRB

Police had blocked an area of 6th and Broadway as protesters made their way down 6th Street.

Police did make a handful of arrests and issued citations for disorderly conduct and obstructing the roadway.

Louisville is nearing 75 days of protests since the March fatal shooting of Breonna Taylor involving police.