A motion filed Monday asks for an injunction to stop LMPD from enforcing its orders banning caravans and marches in the streets. 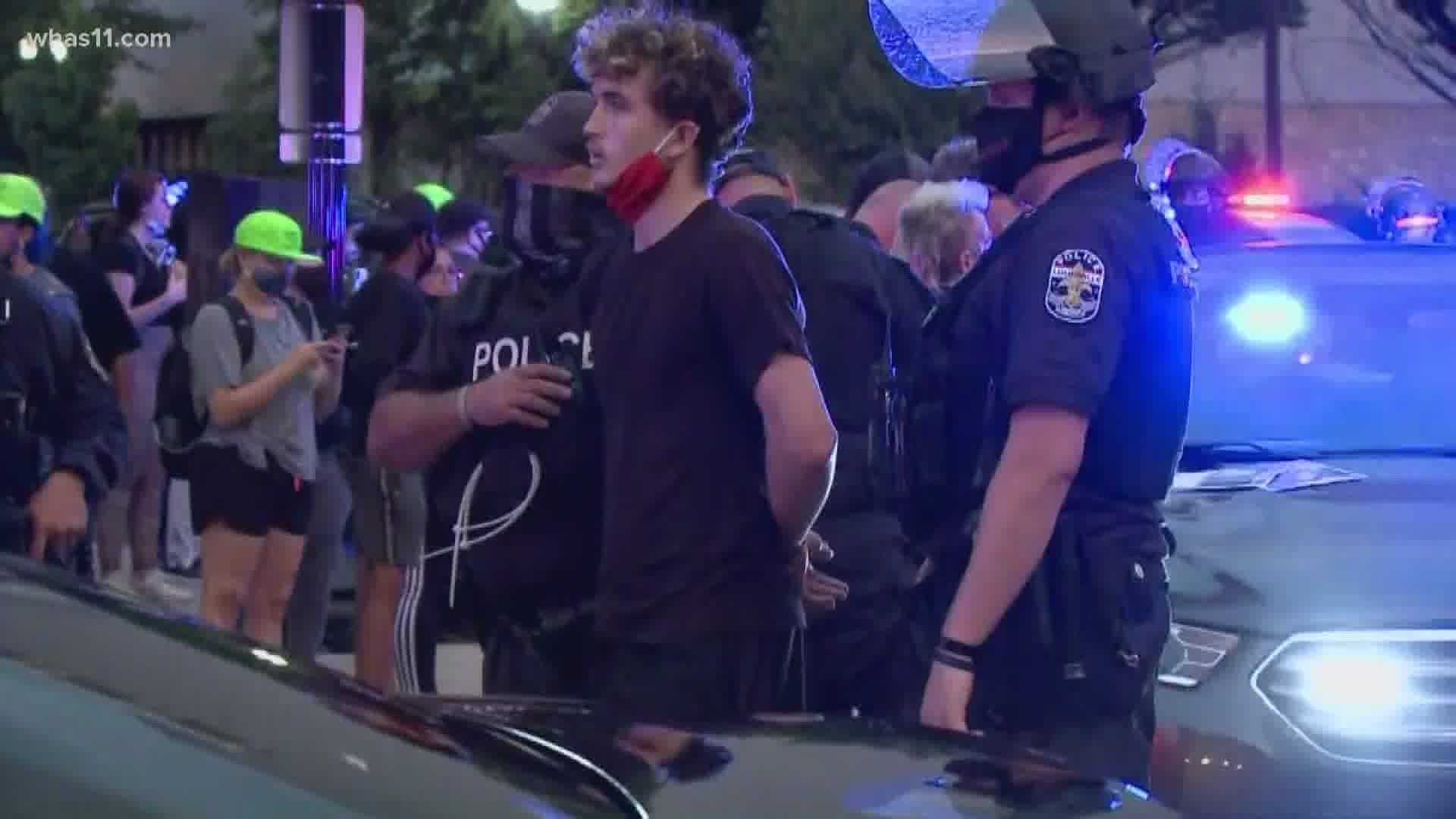 LOUISVILLE, Ky. — Within 24 hours of LMPD announcing its new restrictions on protests, a group is taking legal action.

A motion filed Monday night asks for an injunction to temporarily and permanently stop LMPD from enforcing its orders banning caravans and marches in the streets.

"I believe, number one, the order is directly in violation of Kentucky statute," Attorney David Mour said.

"I believe it specifically permits protests via walking in the street provided there's an ability for traffic to pass," Mour said.

Mour said state law only allows for protesters to be charged if they're completely blocking traffic from passing by.

LMPD said it issued six citations and made two arrests Sunday night, on the first night enforcing the new rules.

"Protesters were not prohibited from marching or protesting, they were advised to get out of the street to allow for the free flow of traffic and not to stop in intersections blocking traffic," department spokeswoman Jessie Halladay said. "There was no attempt to stop or restrict the speech of protesters."

RELATED: 'LMPD will not dictate how we demand justice': protesters respond to new restrictions

Mour also questioned why the department is now issuing the protest restrictions, as protests have been happening in Louisville for several weeks.

"I don't believe their mantra for a second that 'we're all about first amendment rights,'" Mour said.

In the lawsuit, Mour writes that LMPD has created a "culture of violence, aggression, and brutality against peaceful protesters."

LMPD said it was Saturday night's actions by protesters that were part of what prompted the changes, citing property damage and fires.

"Things got out of hand a little bit Saturday night in some respects. I blame protesters for that, but I also blame the police for that," Mour said.

Mour said he will file a written motion to get a hearing in front of a judge sometime Tuesday.