Protesters said they planned to set up a projector and show a video called “Bow for Breonna," but before they could play it LMPD showed up. 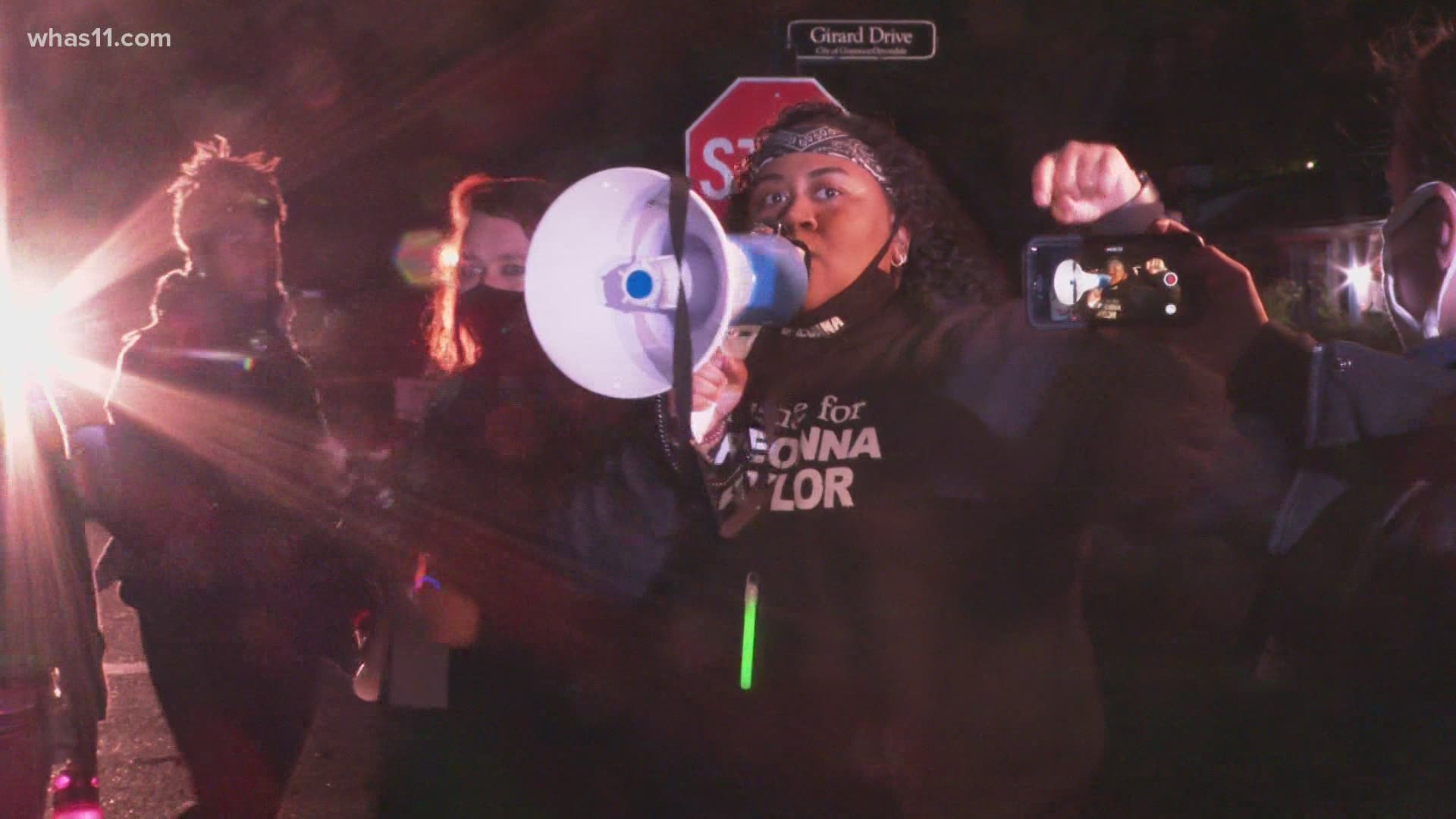 LOUISVILLE, Ky. — On day 150 of protests calling for justice in the police killing of Breonna Taylor in Louisville, protesters held a demonstration outside of Kentucky Attorney General Daniel Cameron’s home.

“Just to show the community that this is what democracy looks like," said Israel McCullough, a local activist.

They started the night on a neighbors front lawn that was otherwise known as an 'ally lawn' before making their way down the street, in front of Cameron's house.

“It’s good that they are speaking up they are allowing people to use their space because they shows they are not a passive ally they are an active ally," said Millicent Cahoon, a local therapist and activist.

It started off with only a few people and quickly grew into dozens of people.

Protesters said they planned to set up a projector and show a video called “Bow for Breonna," but before they could play it LMPD showed up.

The group is gathered in front of @DanielCameronAG house in the street and people are passing out ‘bow’ signs for the new video they are going to show here tonight @WHAS11 #nightteam #BreonnaTaylor pic.twitter.com/1mOhPkrugW

LMPD was in full riot gear with multiple transport vehicles, and police cars on scene. They told the crowd multiple times to get out of the road because it was an unlawful assembly.

Eventually, the group made their way back to the neighbors lawn and LMPD left.