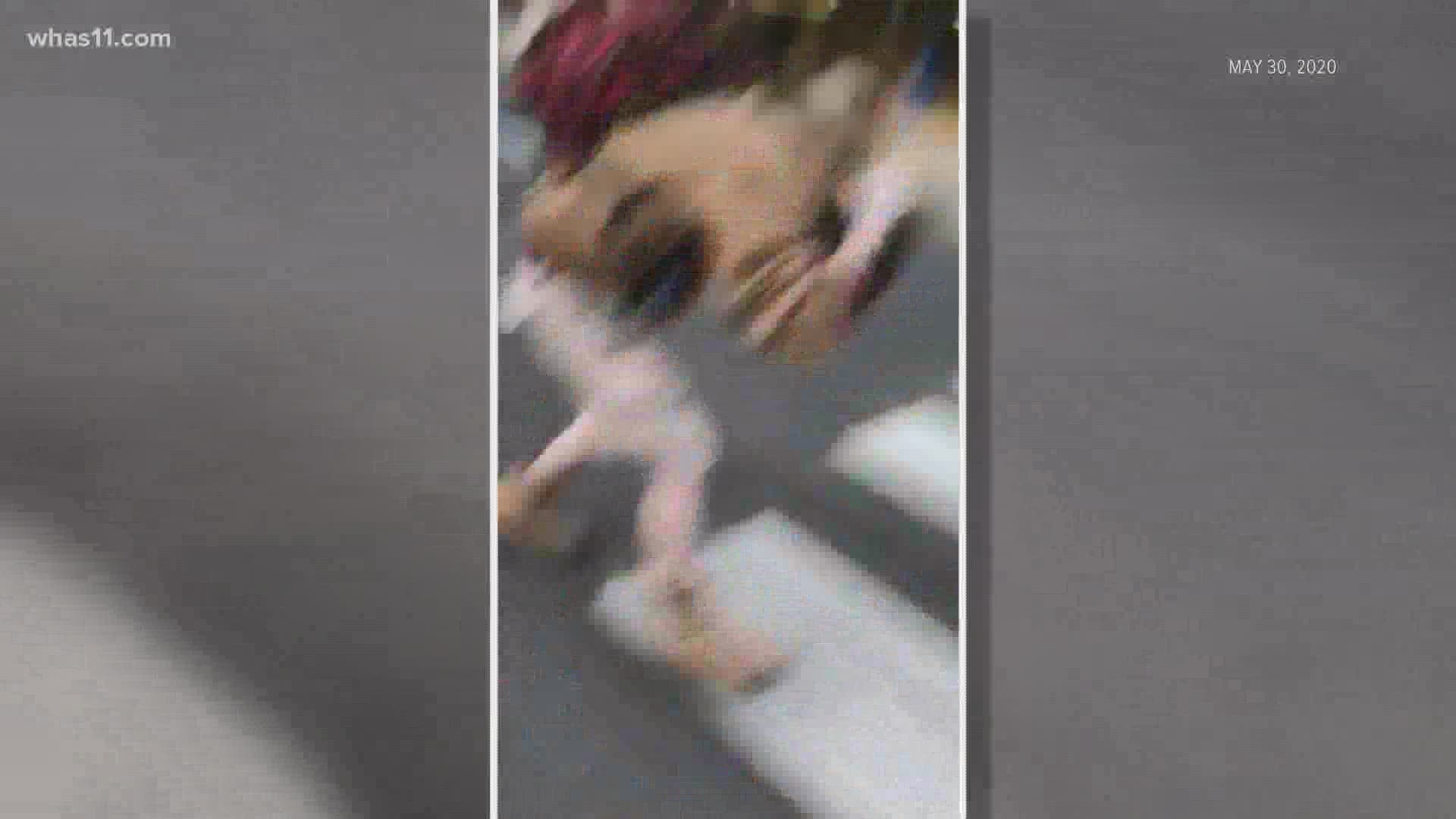 LOUISVILLE, Ky. — A disturbing video shows police firing something at a protester who walking away from officers in a line and laughing about it in Downtown Louisville early in the protests

Nearly two weeks after the video was taken, Jonah Albert is suing these departments after a video of him peacefully protesting.

On May 30 Wimberly says his client was peacefully protesting the deaths of Breonna Taylor and George Floyd.

To be violently attacked while walking away, by the same individuals who are sworn to protect him

“We have laws, the constitution protects individuals like Mr. Albert but we have to enforce them and we have to bring these type of issues to the American people,” Wimberly said.

The lawsuit claims a violation of Albert's civil rights, retaliation for protected speech, failure to intervene, and battery and excessive force.

“We have to hold the police feet to the fire, to the constitution we have these rules in play, the legal system has rules and these officers shall be subject to them,” Wimberly said.

While race issues in our country have been the basis of protests, Wimberly says this lawsuit is about more than that.

“The race issue is still the foundation, see we don't want to ignore why they were protesting the police brutality has to stop,” Wimberly stated.

LMPD has come out and clarified they don't use rubber bullets, they say they use pepper bullets.

WHAS11 has reached out to all the agencies involved.

KSP responded, saying they have not officially been served with the lawsuit when they do receive it, they will review their involvement in the situation and comment further.

LMPD, Jefferson County Attorney, and Mayor Fischer have not responded to our request for comment.