Home builders say the average cost of a new home has increased by $36,000 because of higher lumber costs. 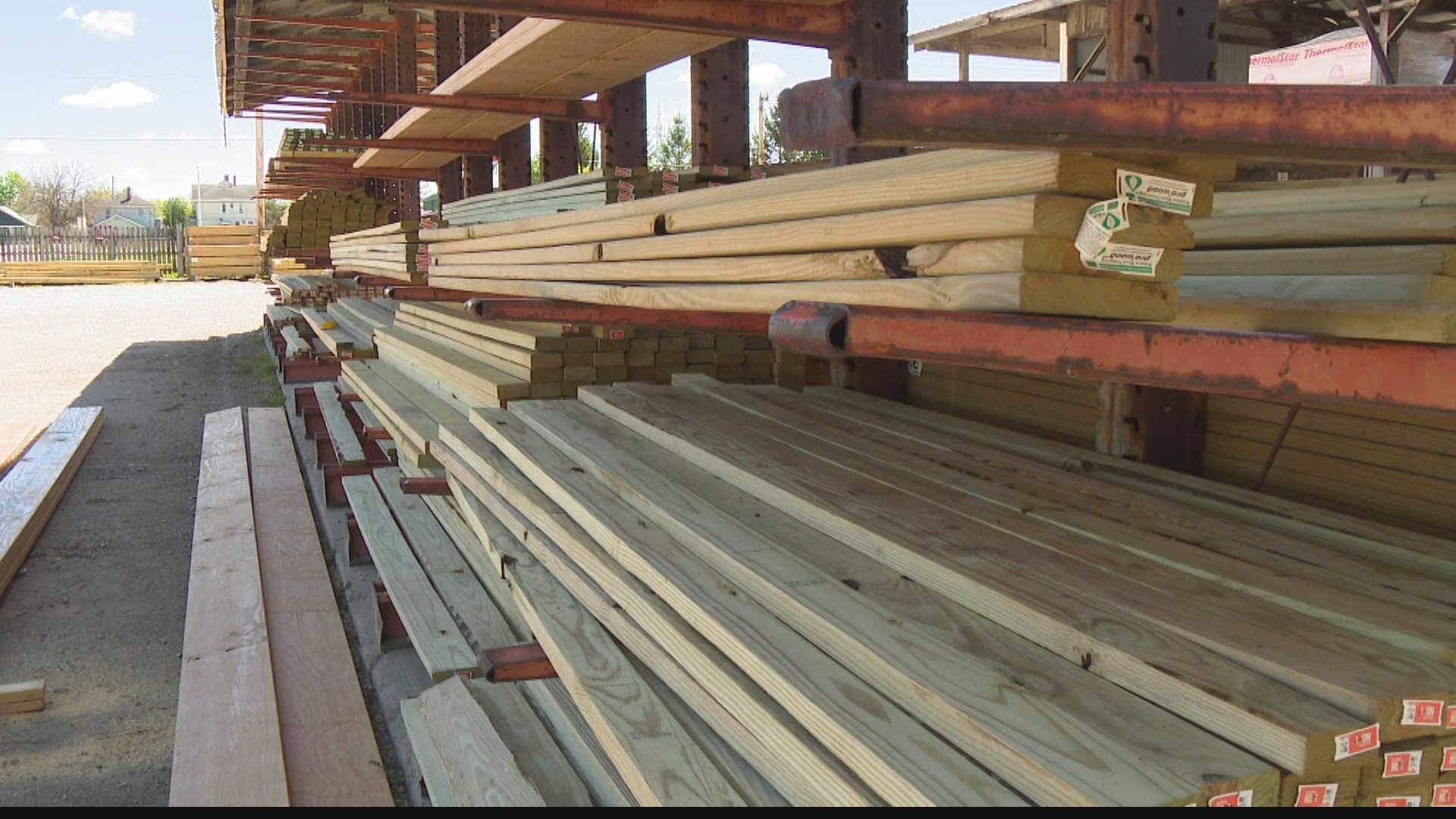 INDIANAPOLIS — Steev Inge was planning on building a work studio in his backyard this summer since he's not in the office anymore. But then he saw the lumber prices.

"They've tripled easily," he said. "It's crazy. Even going to the hardware store and trying to price it out, you can't. They don't even have price tags on anything. Their employees are having to look up what the price is at that moment."

Lumber costs have, in some cases, tripled. According to home builders, the cost of building an average, single family home now costs an additional $36,000. Industry veterans say they’ve never seen anything like it.

"Never. Never like this," said Bill Stuteville, who has worked in the lumber department at a Lebanon hardware store for decades. "And it's not only expensive. A lot of times, you can't even get the stuff. Some stuff is out of stock and nobody can tell you when it’s coming in."

Economists say demand plummeted in 2009 and remained slow in the years that followed. Then came the pandemic, when mills shut down.

"The lumber industry had a hard time for the last decade or so and that's kind of put a damper on supply and it's just not that easy to ramp up," said Kyle Anderson, an economist at the IU Kelley School of Business. "Until we see some slowdown on the demand side, I think we’ll see some higher prices for quite a while."

Anderson said it's likely consumers will see "very high prices" at least through the rest of the year and probably 2022. Even then, he said, prices may not come down as far as they were a year or two ago.

"For a nonprofit trying to build an affordable house, it's just scary," said Liz Qua, executive director of Habitat for Humanity of Boone County.

Qua and her board are trying to live with the sticker shock. They are still committed to building three homes this year for families in need, but they say the cost of building a home now costs them $20,000 more than it did last year.

"We have pre-ordered as much as we could to get those bulk discounts and are trying to do as much as we can," she said. "I don't know what the future looks like for us. I don't know if we'll be able to continue building three homes if (circumstances) stay this way. It's just too expensive."

"It is difficult to forecast and meet budget on the homes," said Jim Morris, president and CEO of Indy Habitat. "Our focus is on making these homes as affordable as possible, so keeping costs down is a major part of that process. We have benefitted from generous material and labor donors on some homes to help absorb some costs, but it is difficult to depend on this for all of our builds as the entire industry is stretched right now with supply chain issues, a tight residential labor market and increasing material costs."

"We're trying to continue doing what we're doing even in this crazy time."