Man killed in hit-and-run while crossing Preston Highway; police looking for the driver

The man was hit around 11:45 p.m. on Friday. Police are looking for a gray passenger car with damage to the front head light. 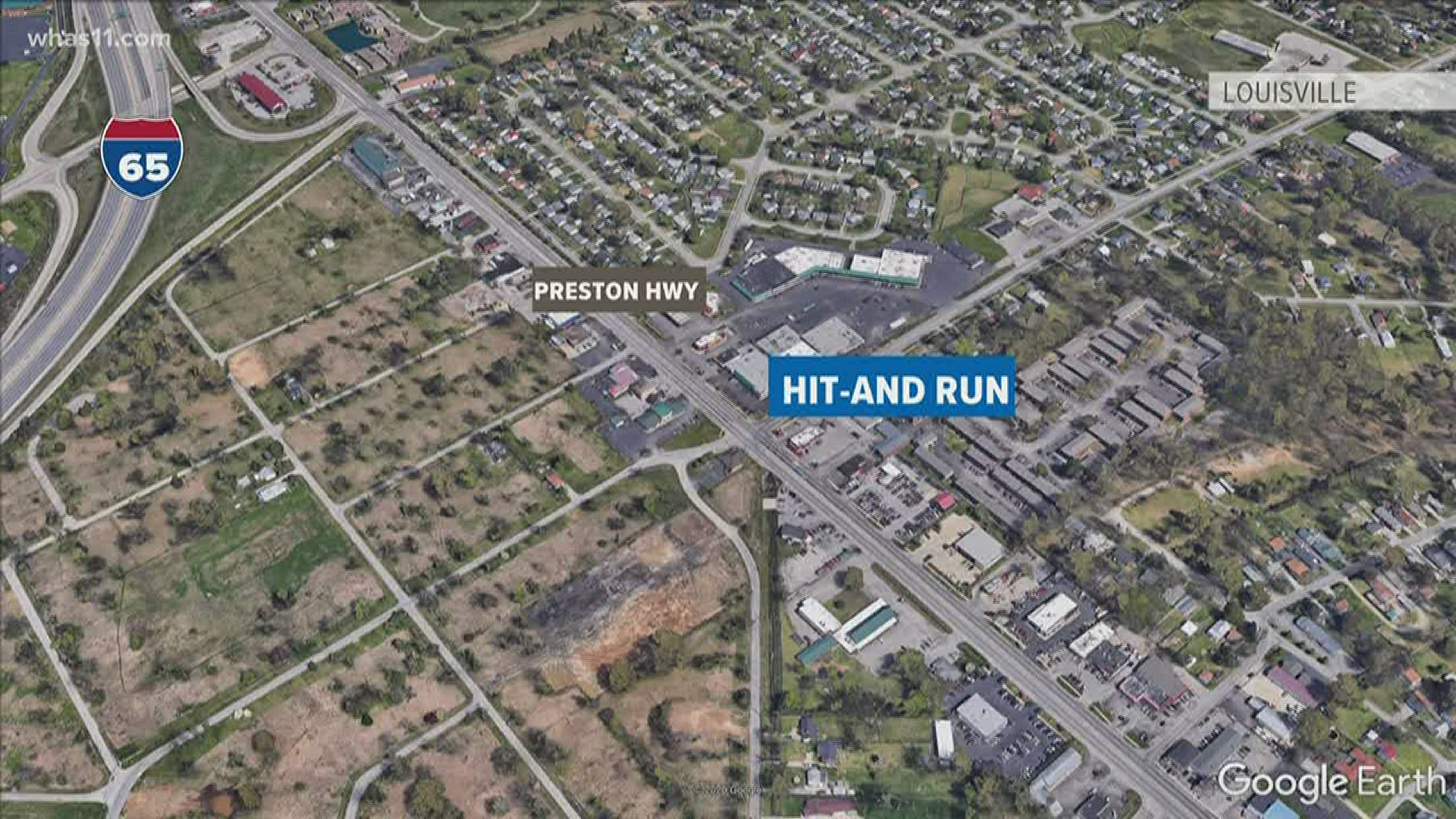 LOUISVILLE, Ky. — A man was killed late Friday night after he was hit by a car while trying to cross Preston Highway.

According to Louisville Metro Police, officers responded to a report of a pedestrian struck on Preston Highway near Gilmore Lane around 11:45 p.m. on May 16.

Officers believe a man in his 50s was attempting to cross Preston Highway when he was hit by a car. The driver of the car did not stop and the man was pronounced dead at the scene.

Investigators believe the vehicle may have been a gray passenger car with damage to the front headlight. If you have any information, you are urged to call the LMPD anonymous tip line at 574-5673.

The identity of the man who was killed has not been released.

Editor's Note: A previous version of this story referenced Dixie Highway instead of Preston Highway. The crash happened at Preston Highway and Gilmore Lane.