Plans for a new regional highway connector could end up running through a portion of the Bernheim Arboretum and Research Forest. 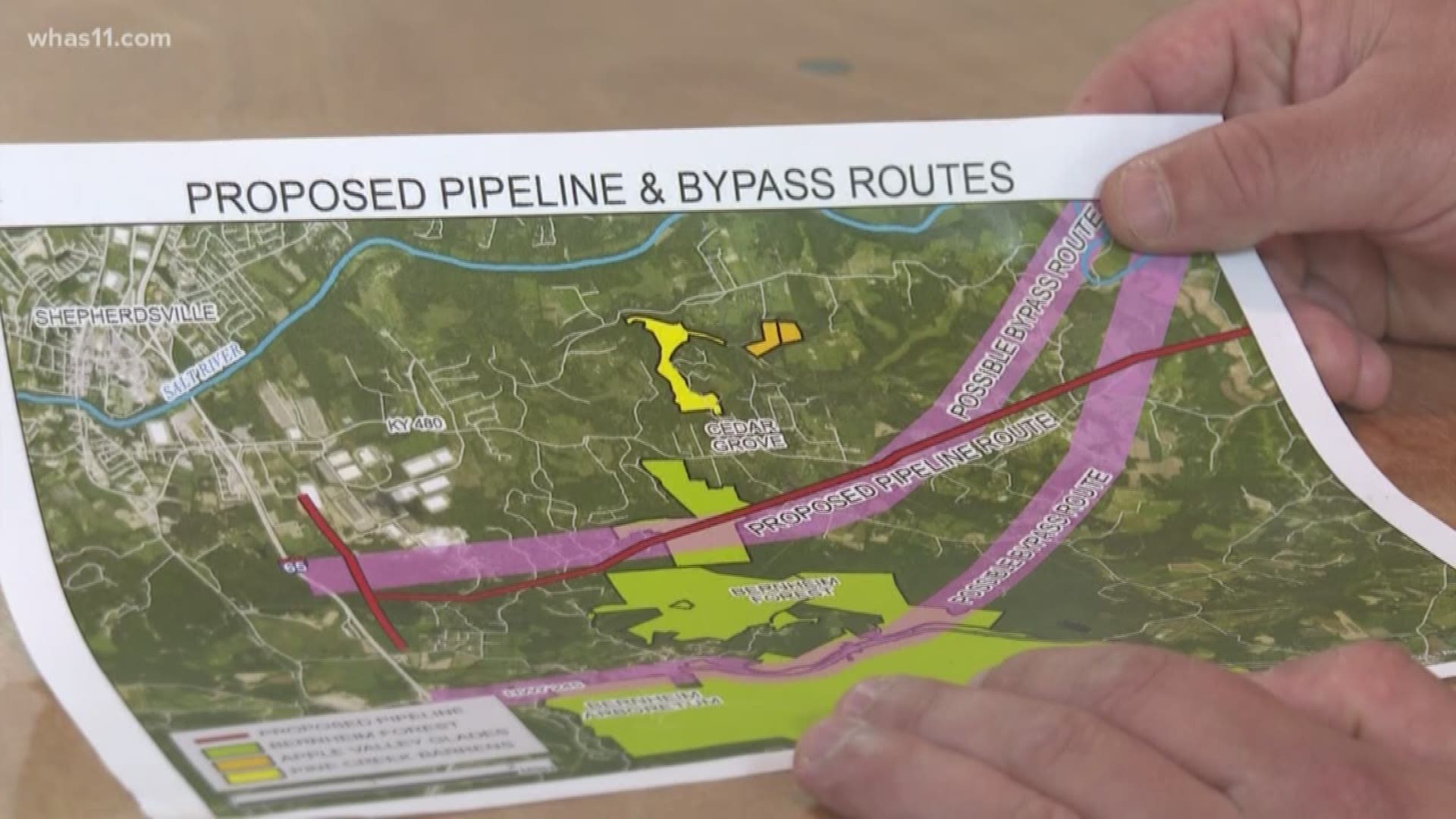 CLERMONT, Ky. — Plans for a new regional highway connector could end up running through a portion of the Bernheim Arboretum and Research Forest, leaving those who protect the land at the Bernheim on the edge of their seat.

Kentucky Transportation Cabinet’s [KYTC] two-million-dollar planning study is to determine project need, project goals, and project feasibility/cost of a corridor from I-65 in Bullitt County connecting to I-71 in either Henry or Oldham County.

Public information officer at the Transportation Cabinet, Andrea Clifford said the planning study is a preliminary plan, and nothing is definite. The executive director of the Bernheim, Dr. Mark Wourms said he is still worried about the impact it could have on the forest.

"Those kinds of studies never go away," Wourms said. "Once a route or routes are identified we don't know whether it'll happen in 5, 10, or 30 years."

Beginning in late 2018, the project team worked on an existing conditions report for use in determining existing: traffic volumes, land use, traffic patterns, accident locations, environmental issues, and other relevant data.

"Bernheim would have a huge hole right through it," Wourms said. "Imagine a Gene Snyder highway running right through Bernheim. They would run this through our conservation land; we're saving species and trees and clean water and clean air."

Members of the study's project team include legislators, local elected officials, planning and zoning, chamber of commerce and parks departments. Clifford said the team is also looking at alternates. She said the study includes wide, potential corridors and not specific roadway alignments.

"They would be destroying springs and destroying forests," director of Bernheim's conservation, Andrew Berry said.

Berry said if the corridor plan moves forward, the future of a major part of the forest would be on shaky grounds.

"Cedar Grove is so important because of all the federally endangered plants and animals found there," Berry said.

Bernheim is more than 16,000 acres of land. Berry said the proposed corridor could take over hundreds to thousands of its acres.

"For Kentucky to say, 'Oh, let's just blow through Bernheim because it's one owner and one path of land,' that's really being inconsistent with the way the world is changing," Wourms said. "This is counterproductive to Louisville's economic engine."

The project team is hoping to finalize the planning study report in November 2019. If the team decides to move forward, the public will have the opportunity to share their thoughts and opinions on the proposal.