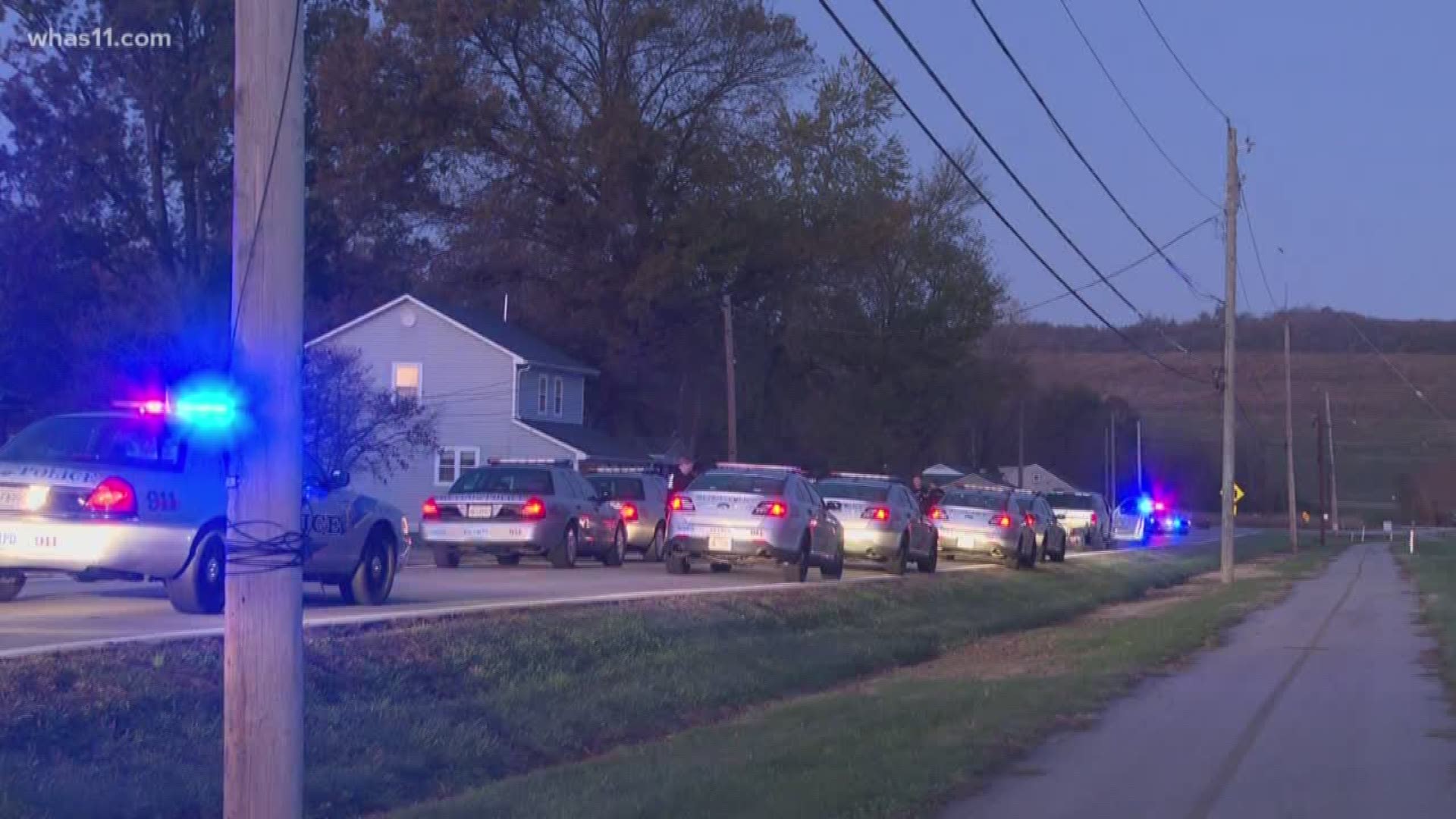 LOUISVILLE, Ky. — A police chase that began in Jeffersonville has ended on Cane Run Road, LMPD officers confirm to WHAS11.

Indiana State Police said a trooper tried to pull over an SUV that was hauling lumber because it did not have plates. The SUV refused to stop, and ISP said the car rammed or side-swept the trooper's cruiser.

The police chase crossed into Louisville, ending on Cane Run Road. WHAS11's crew did see pieces of lumber on the road before the area where the suspect was stopped.

LMPD said the chase did end peacefully. The driver of the vehicle, James Rogers, was wanted on a felony warrant for escaping or attempting to escape custody. The second person has not been charged by LMPD, though ISP said charges are pending for the investigation on the Indiana side.

According to an arrest citation by LMPD, Rogers is being charged with one count of  wanton endangerment. The arrest citation also notes that Rogers ran out of gas on Cane Run Rd. .