Investigators say they are not sure if he stole the money or was forced to take the money. 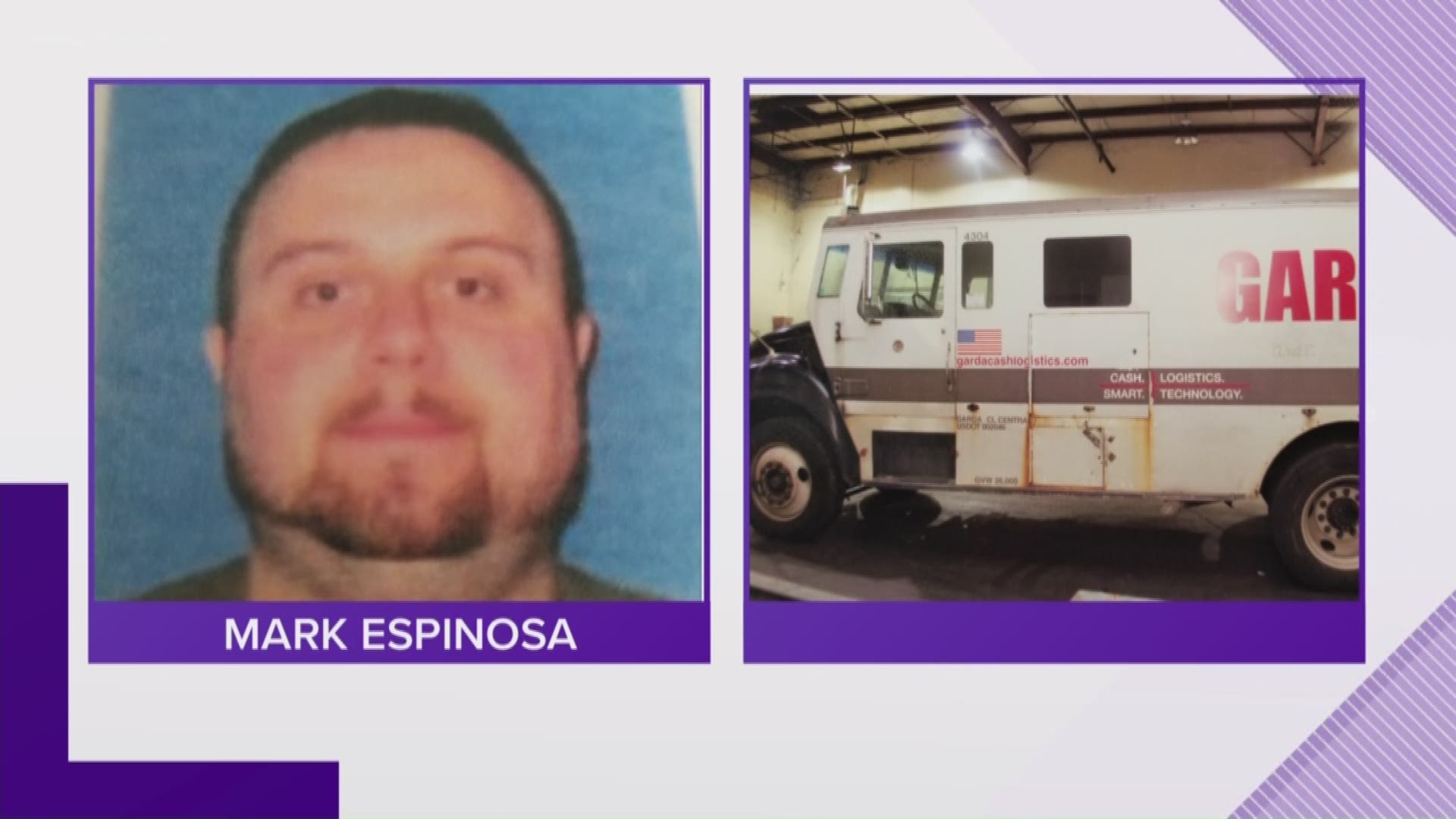 LOUISVILLE, Ky. (WHAS11) – Police are searching for an armored truck driver who is missing. He could be in danger or he could be a suspect.

Mark Espinosa,29, a Garda employee, was last seen with the truck during a stop at the Jefferson Mall on Dec. 5.

LMPD said while a co-worker was doing a cash drop in the mall, Espinosa took money from the truck. Investigators say they are not sure if he stole the money or was forced to take the money.

“If he's run with the money, that's his choice. But I just hope nobody has taken him or hurt him or something,” said a neighbor who did not want to be identified.

This neighbor told WHAS 11 News that she believed Espinosa lives with his dad. She said the two are quiet and keep to themselves. She also said she has not seen any movement in the house since police were there Wednesday night searching in and around the home.

“I didn't see them take anything, I don't know what they were looking for.”

Police said they haven't been able to find any surveillance video either. The manager of Round One Entertainment at Jefferson Mall told WHAS 11 News there were not any cameras pointing specifically to the spot where Espinosa disappeared.

“Just to happen to park in that spot where there's no cameras, especially an armored truck like that, it's just kind of odd.”

Police said Thursday that Garda described Espinosa as a good employee. He doesn't have a criminal history.

If you have any information, call the anonymous tip line at 574-LMPD.