“We want to memorialize people who have paid the ultimate sacrifice and keep their memory alive among us," Metro Councilman Mark Fox said. 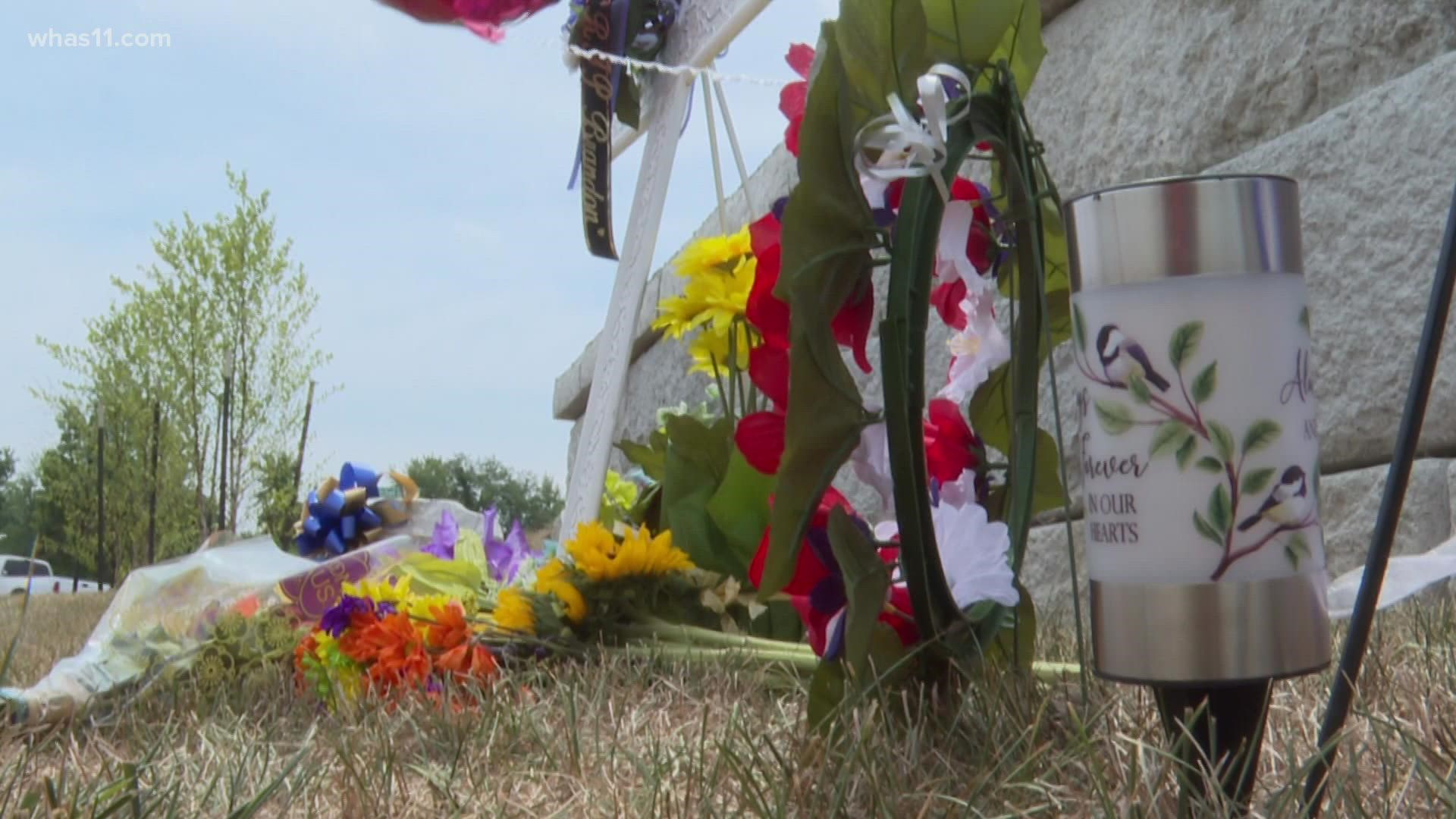 LOUISVILLE, Ky. — A Louisville Metro councilman is working on plans to permanently honor a deputy who was shot and killed, after a temporary memorial was taken down.

Councilman Mark Fox said he was contacted by the family of fallen Jefferson County Sheriff’s Deputy Brandon Shirley about memorial items being removed at the Fairdale roundabout earlier this week.

Fox says he believes the items were removed as part of routine maintenance at the park, and he asked that the items be given to Shirley's family.

“We want to memorialize people who have paid the ultimate sacrifice and keep their memory alive among us because it speaks to the character, not only of Brandon, but of this community,” Fox said.

Deputy Shirley was killed earlier this month while working off-duty security at a car dealership on Rockford Lane. So far, no one has been arrested in his death.

The Louisville Metro Police Department released a photo of a truck they believe is connected to the shooting, and a $75,000 reward is being offered for information leading to an arrest. Anyone with information is asked to call 574-LMPD.