Dudley Patterson has been to 72 straight Red River rivalry games dating back to 1948. But COVID-19 and limited seating could have meant an end to the tradition. 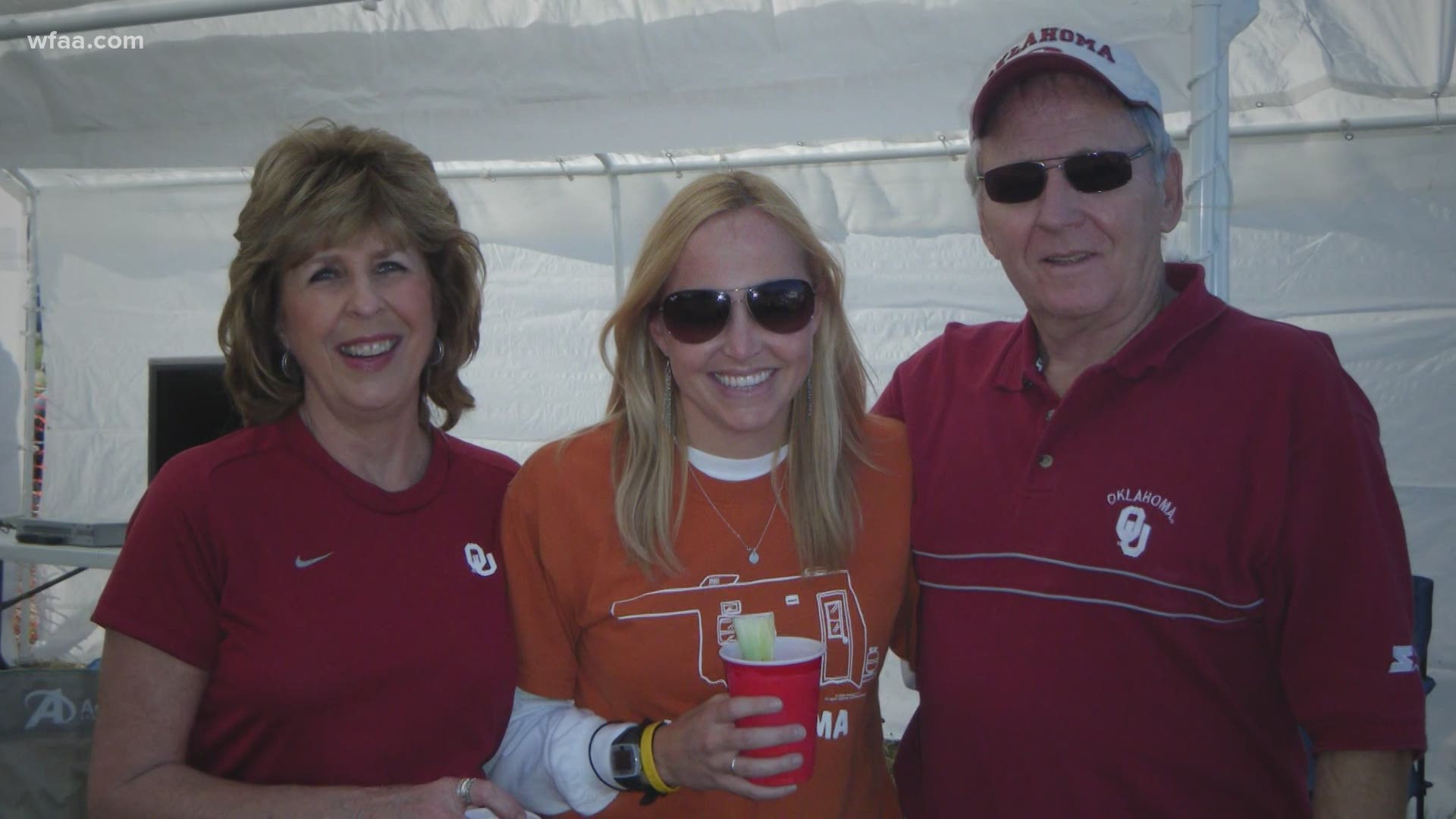 PLANO, Texas — Dudley Patterson knows that he lives in enemy territory. The die-hard Oklahoma Sooner fan lives in Plano with his wife Ann. The couple has been to a remarkable 40-something straight Red River Showdown football games between the University of Texas and University of Oklahoma programs.

This weekend rivals Texas and Oklahoma square off at the Cotton Bowl, dubbed the Red River Showdown.

Even more impressive than the couple's streak of rivalry games is Dudley's streak of games. Dudley has gone to 72 consecutive games dating back to 1948. His first game was when he was 9 years old.

"I started going to the games when I started dating him. I've been going ever since," said Ann.

But the pandemic has put a wrench in college football. Tickets and seating at the Cotton Bowl are limited to 25%. Dudley could not get tickets through the university like he normally does.

"I thought this would be the year he won't make it," said Ann.

But a solution to Dudley's problem came from an unlikely source -- a rival. His daughter Mandy went to University of Texas and scored a ticket for her father on Thursday, two days before the kickoff. He is thankful for his daughter getting him the ticket, and for the chance to continue the family tradition.

"We didn't talk for a while," laughed Dudley when asked his reaction to his two children's decision to attend Texas.

Dudley will attend the game with his daughter on Saturday. The Texas-Oklahoma game is scheduled for 11:00 a.m. at the Cotton Bowl stadium in Dallas.