Thursday morning Rick Pitino went on the Dan Patrick Show to air his grievances with the UofL board and even updated us on his future. 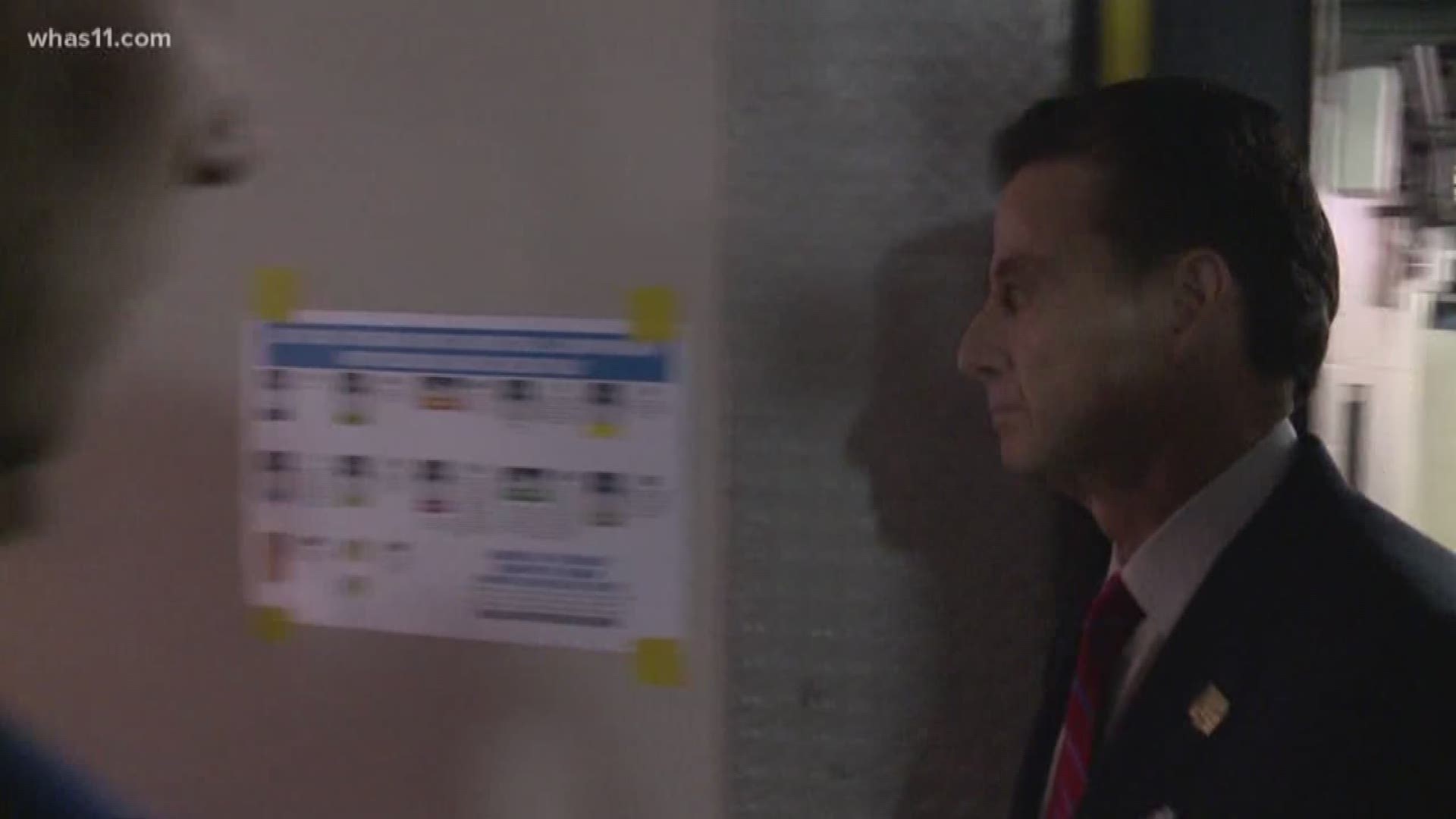 LOUISVILLE, Ky. (WHAS11) -- Former UofL head coach Rick Pitino is once again opening up about his dismissal from UofL, the FBI investigation, and what exactly went on in Minardi Hall.

Thursday morning Rick Pitino went on the Dan Patrick Show to air his grievances with the UofL board and even updated us on his future.

Much of the interview covered the same talking points that we've heard over and over to this point, but there was a bizarre point where Pitino compared himself to former Dolphins running back Mercury Morris who spent time in prison for cocaine trafficking but was released for being wrongfully accused for a crime he didn't commit.

"What is the FBI in this day and age with all of the school shootings, gun problems, opioid addictions that we have where 60,000 people are dying a day,” asked Pitino. “The FBI are a skilled, trained group of people that do us a great service in this country. You have to ask to ask why the FBI is doing getting involved with bringing down runners in college basketball.”

According to Rick Pitino pay for play is a scheme as old as college basketball.

"Nothing has changed except it has gotten bigger and now the sneaker companies have used the universities like franchises,” said Pitino.

However, in an interview with the Dan Patrick Show, Pitino maintains that in 30+ years he has never paid a player.

"If you said to me give me $500 and you can coach Michael Jordan back in the day when you were at Kentucky I would've said absolutely not,” said Pitino. “I wouldn't give $500 or $5 to coach any player."

Pitino was crystal clear in his message that he feels like he was wrongfully terminated from UofL despite what happened in Minardi Hall.

"Did your parents know what you did on a Friday or Saturday night,” asked Pitino.

“If we're going to do this and do semantics my parents didn't have NCAA rules surrounding their parenting schools,” said Dan Patrick.

Pitino says had he chosen to appeal a 5-game suspension for the stripper scandal he would've won which is why there is still some interest on his part to keep coaching.

"I've only been contacted by one school,” said Pitino. “It was a nice situation and we talked. I met with them. It didn't fit for me, and it didn't fit for them. What I realized is that it's probably not going to work for me in college basketball."

Pitino later added that this would be his final interview, but added that the scandals wouldn't define his legacy.