On election night, Kentucky saw a trend of more and more women running for political office. 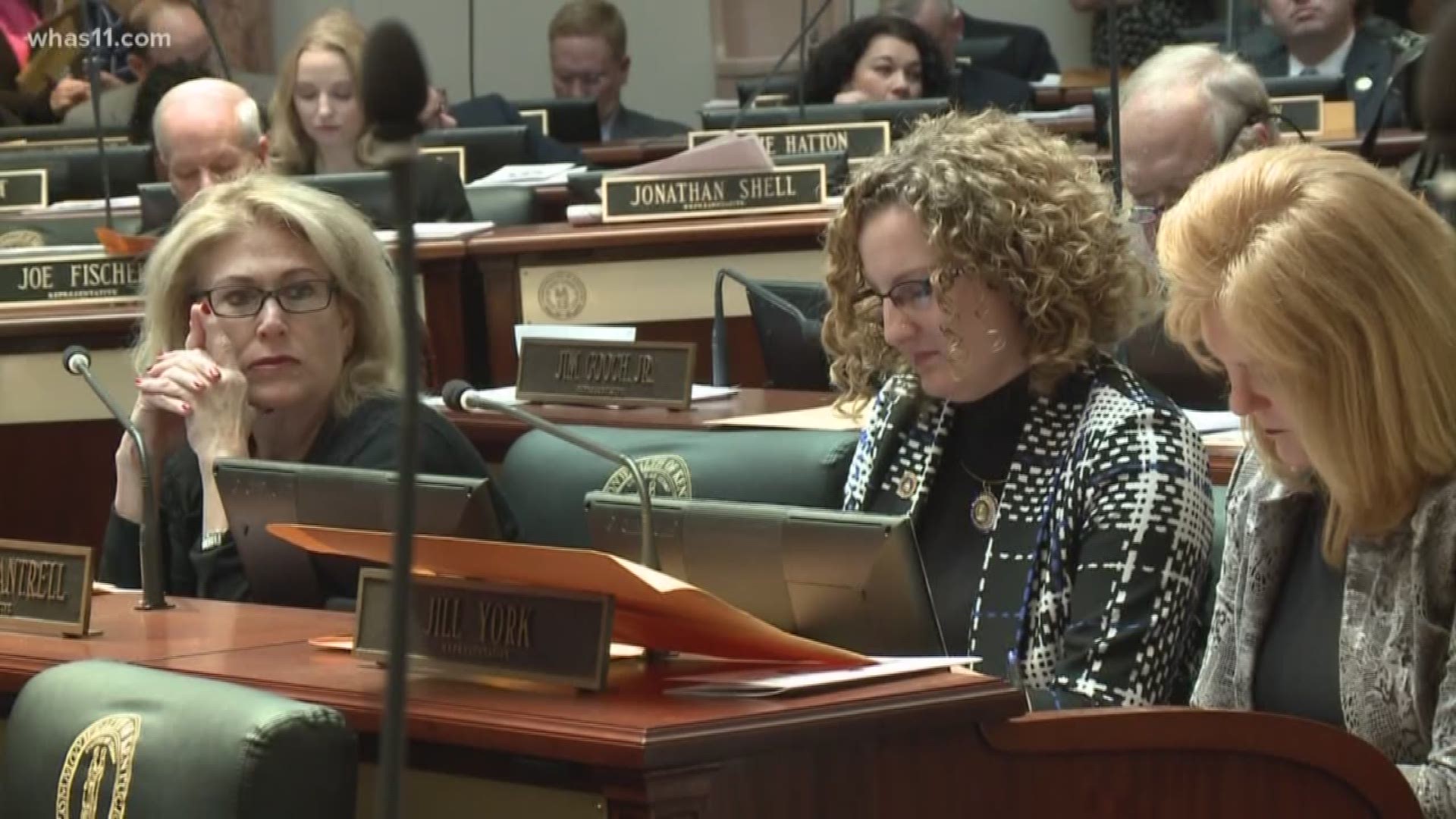 LOUISVILLE, Ky. (WHAS11) — After the 2018 Midterm Elections, the nation saw a trend of more and more women running for political office. Kentucky's legislature was no exception.

On election night, 26 women won seats in the Kentucky House of Representatives. Of those who won, nine were Republicans and 17 were Democrats. For comparison, there were 19 women serving in the House during the last legislative session.

Democrat Tina Bojanowski is one of the women who earned a seat, beating out Republican incumbent Phil Moffet who formerly held District 32.

Bojanowksi currently works for Jefferson County Public Schools and is among a few teachers who chose to run in this year's election. She believes more women in the House will cause positive change.

"The change is just catching up with reality," Bojanowski said. "I think that it's completely appropriate for women to have as many spots in the legislature as men have and I think we're just catching up to where we need to be."

She said now that she's been elected, she is ready to step up when she gets to Frankfort and begin working on her constituents' needs. In addition, she believes having more women can in terms of collaboration within her own party, and across the aisle.

Republican Rep. Kim Moser won reelection for District 64 in Tuesday's election, and said she believes having more women in the House will bring a different perspective to issues such as health care, drug addiction and education.

"Women are historically drawn to these issues, family issues, health care and so forth because we're mother and grandmothers and are very concerned with family issues," Moser said.

Out of the 26 women who won seats Tuesday night, 13 were incumbents. 16 out of the 16 women candidates running against men won, including four incumbent men opponents.

It was not just the House that had several women candidates when. There were also three women who won seats in the Kentucky Senate. All three were incumbent who won reelection. There will now be four women still searing in the Senate during the next legislative session.