Old Louisville's historic 'Pink Palace' up for auction in October

Built in the 1890s, the "Pink Palace" is one of Louisville's most recognizable and historic homes. 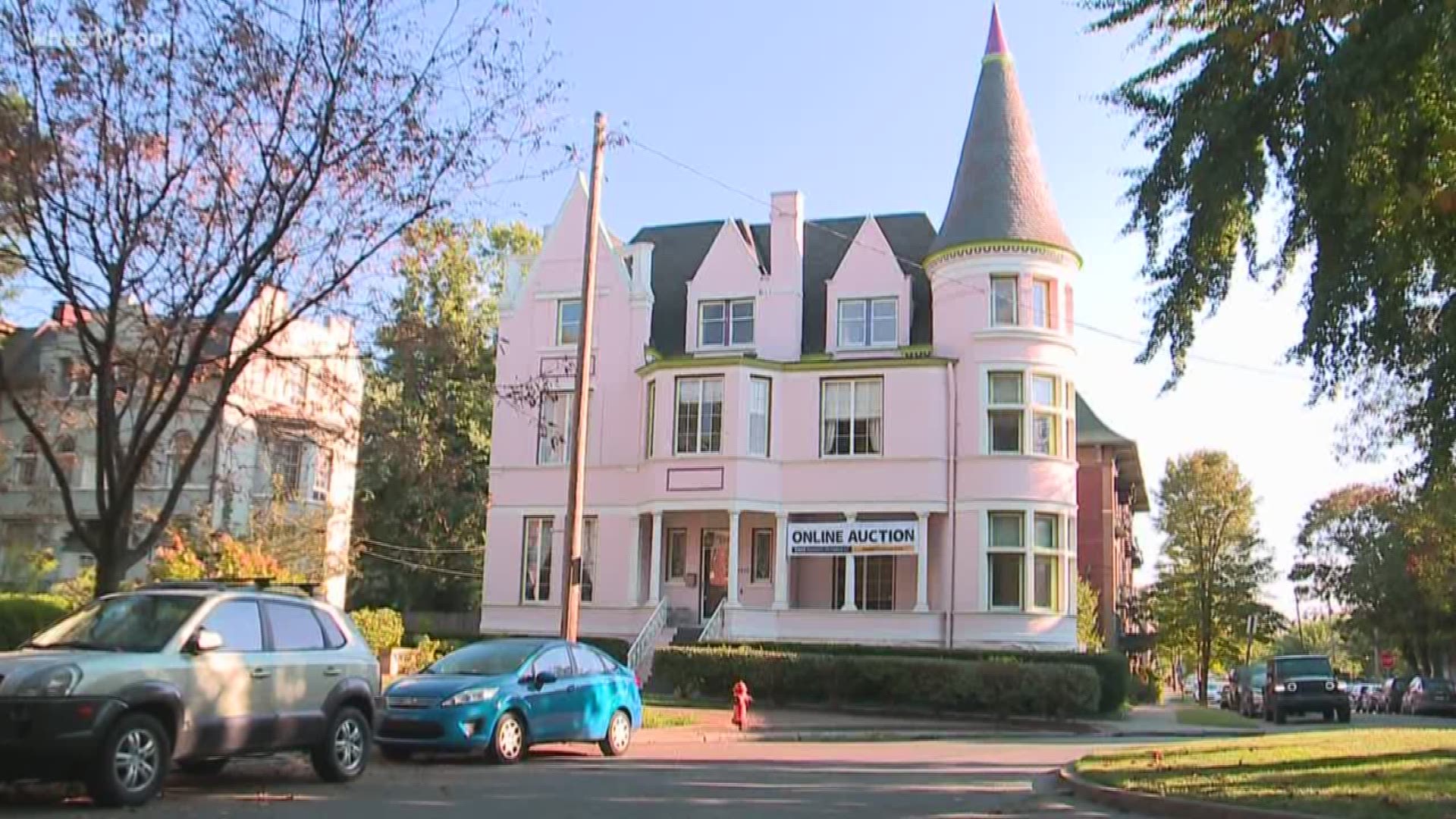 LOUISVILLE, Ky. — If you walk by St. James Court in Old Louisville, you can't miss the towering turrets and faded pink paint.

"It's the iconic Pink Palace," Doug Harritt said. "We're honored to have this. We think it's the most iconic house in Louisville."

The historic Victorian home is up for sale again, with Harritt and the Harritt Group helping to auction off the house. Potential homeowners can bid online on the Harritt Group's website starting on October 1 through October 15.

"I've been coming to St. James Court for 35 years to the art shows. So, I've admired this house and seen it every year," Harritt said.

Homebuyers would be getting more than just a three-floor, six-bed, three-and-a-half bath house. Built in the 1890s, the "Pink Palace" is one of Louisville's most recognizable and historic homes.

"It's in the Old Louisville Preservation District. St. James Court and Belgravia Court are on the National Historic Register," Harritt said.

The house has not always been a private residence. The Pink Palace was originally a gentlemen's club and was later used by a women's group who supported Prohibition. Even before the house was built, the land was used as the site of the Southern Exposition of Art and hosted several world fairs in Louisville before it was auctioned off and developed.

"In five years, they had over a million people come here to the fair, and at one time, Thomas Edison was here and they had a string of lights, 100,000 lights they lit up," Harritt said.

Harritt said he expects there to be a lot of interest in the Pink Palace, whether people are enticed by its Victorian architecture, stained glass and landscaping or its unique history.

Any change to the house, including to its famed color, is governed by the design guidelines of the historic preservation district of Old Louisville.

This is a reserved auction, which means the seller can accept or reject the highest bid, but Harritt said the seller's goal is to sell the house on October 15.