Before he was 'The Sheriff,' Peyton was 'The Student' in comm school. 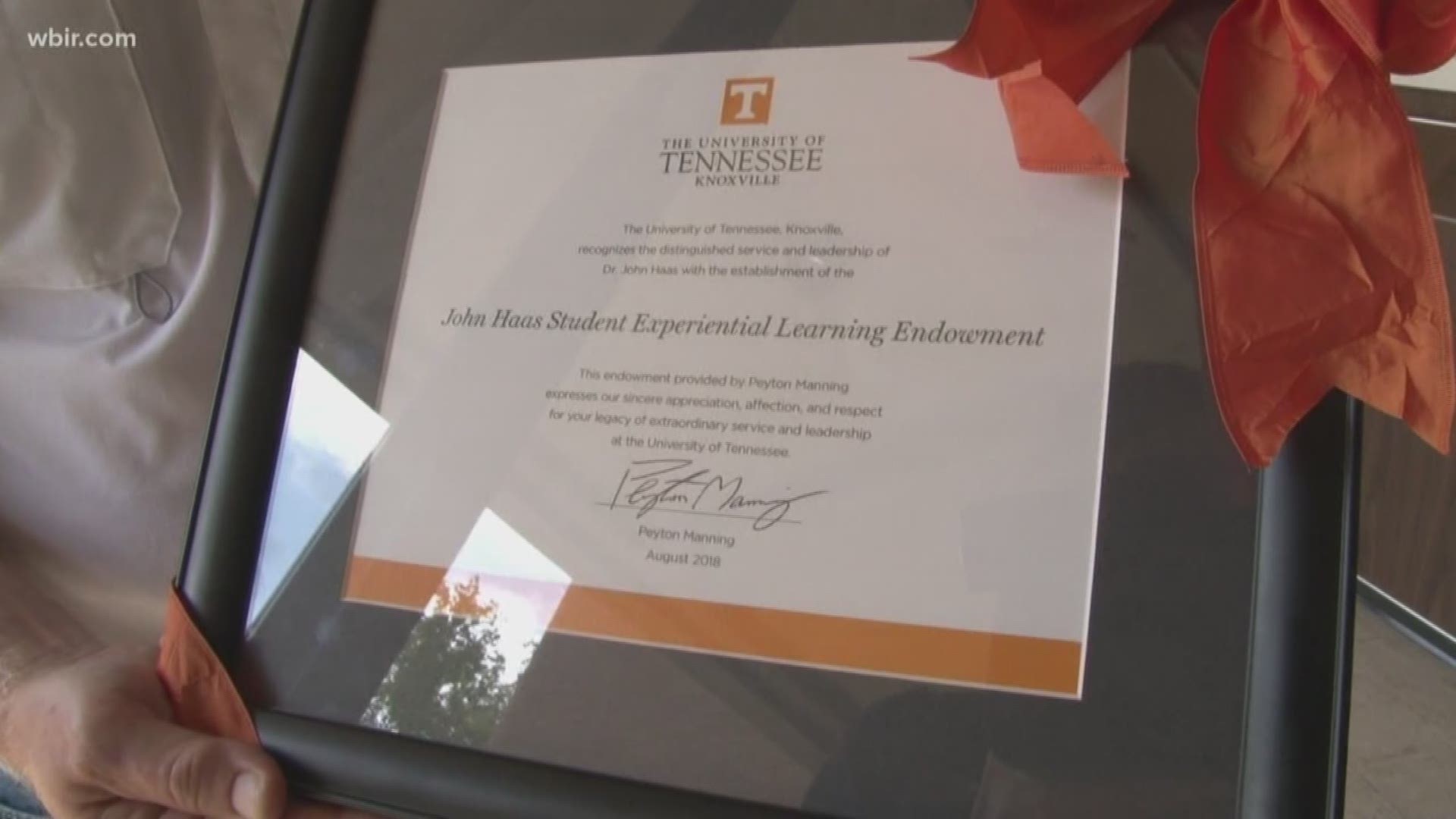 Peyton Manning made a sizable donation to his Alma Mater recently -- donating $1 million to the University of Tennessee's College of Communication and Information.

Before he was 'The Sheriff,' Peyton was 'The Student' in comm school.

Once his academic advisor and favorite professors, School of Communications Studies director John Haas said Peyton had the highest GPA in the department the semester he graduated.

Haas remembers a time Peyton called him at home trying to reach another professor.

"I'm thinking 'Okay, he's probably cramming for an assignment that's due the next day.' It was due the next week and in summer school that's a really long period of time between assignments. And he was in the library with other students, not student-athletes. That really told me that he's the real deal," Haas said.

Haas said if that whole football thing hadn't worked out, he encouraged Peyton to go to law school.

Peyton's gift will go to create the John Haas Student Experiential Learning Endowment, which will support student trips, study abroad, internships and other opportunities for students.