It was amidst protests Friday night a Louisville attorney says a Jefferson County Sheriff's deputy pepper-sprayed his client. 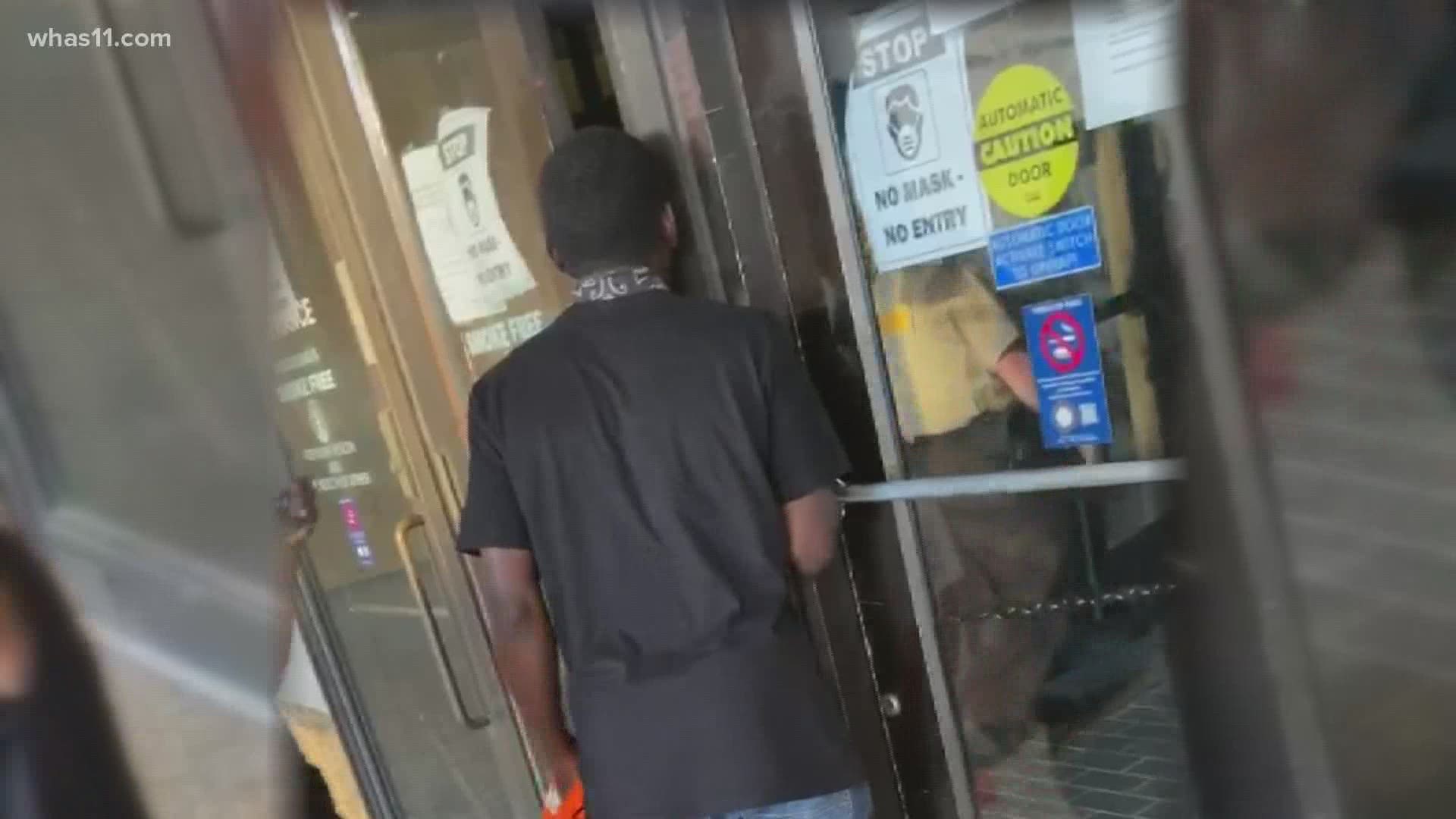 LOUISVILLE, Ky. (WHAS11) – The attorney for Louisville’s FIRM is calling for a Jefferson County Sheriff’s Deputy to be immediately suspended after an incident at the Hall of Justice was caught on camera the evening of July 10.

The video shows a deputy approaching the doors from inside the courthouse on 6th and Jefferson while Kejohn Jennings is standing outside, yelling at them. Then you see a cloud of powdered spray, believed to be pepper spray, hit Jennings in the face.

The Jefferson County Sheriff’s Office confirmed they've launched an internal investigation, and though they won't confirm his name, Jennings' attorney shared correspondence from the Sheriff's Department that named the deputy as George Grissom.

Jennings can be heard in the video asking to go inside the courthouse to use the bathroom.

“It's an executive order by the Supreme Court of Kentucky that this courthouse is supposed to be *explicative* open,” he told deputies inside.

The doors to the courthouse are usually open to the public 24/7, but since the protests started, the Sheriff’s Department have used chains and handcuffs to keep them shut.

At one point, Jennings can be heard cursing at one of the deputies

“People are angry, people are upset, people are hurt, and they're saying a lot of things that are not very nice, but saying something that's not very nice to someone or cussing them out does not justify what happened there,” Mour said. 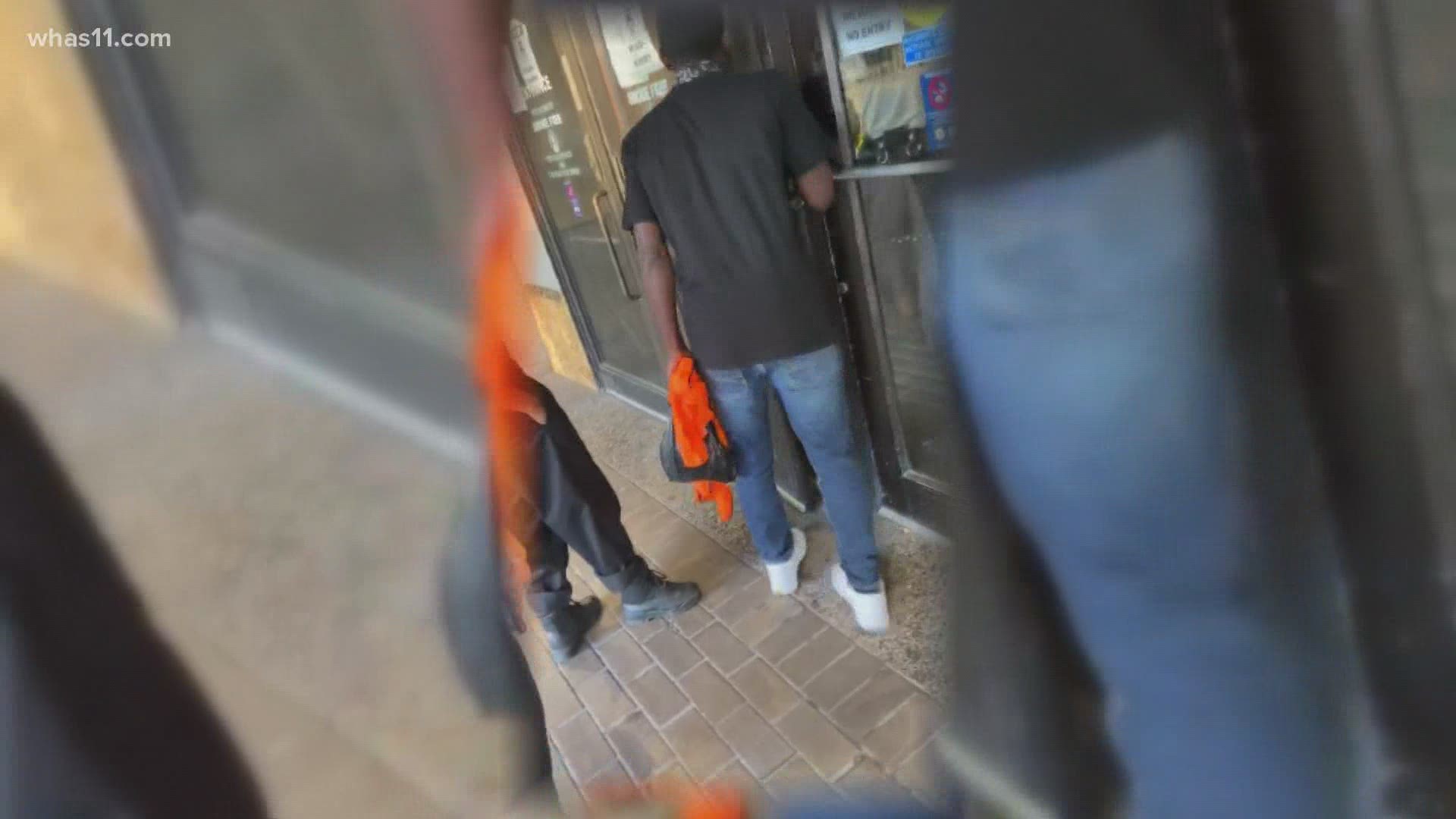 According to a spokesperson from Jefferson County Sheriff's Office, “pepper spray is an option of less lethal force for use instead of ‘hands-on’ force when verbal commands are not complied with. It should be used in short bursts to the area of the face.”

The Use of Force policy states reasoning for using less lethal force depends on:

The Sheriff's Office told WHAS 11 News that they have a duty to protect the courthouse: “We will not give these buildings up to anyone attempting to gain entry by force or aggression.”

RELATED: COVID-19 questions: With numbers on the rise once again in Kentucky, here's what you need to know.

RELATED: 'Racism and hate have to be called out for what they are': Louisville Forum holds discussion on racial injustice