State of Employment: People quitting their jobs at high rate

National data shows the highest quit rates were in the South, including Kentucky. 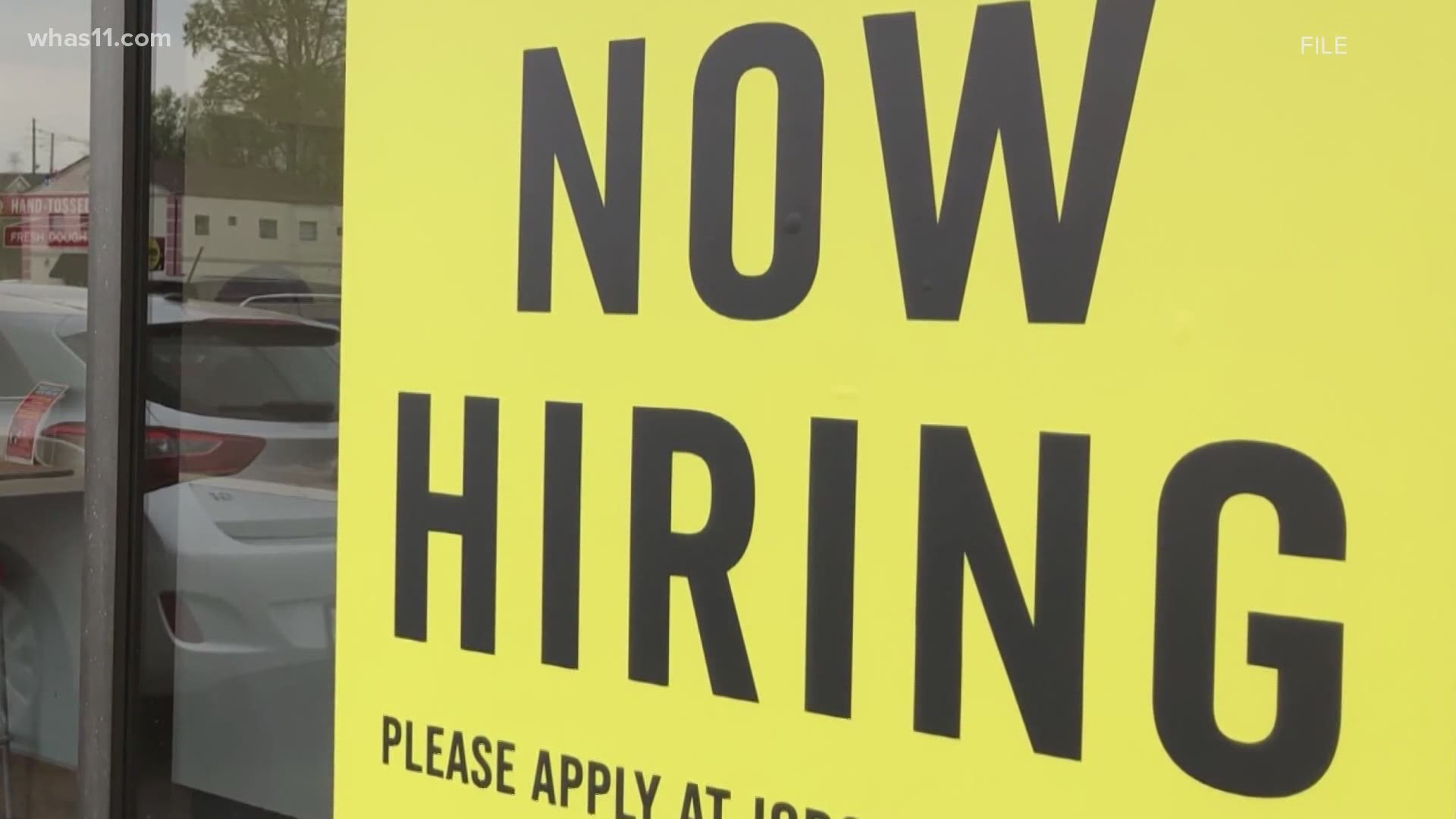 LOUISVILLE, Ky. — The U.S. workforce is currently seeing the highest rate in job openings. According to the bureau of labor and statistics there were nine million openings at the end of April. But in the same month, nearly 4 million people quit their jobs.

"My biggest motivation for moving (leaving a job) was simply are there going to be opportunities here or am I going to be in a glass box," shared Jonathan White. "I don't want to come in here and do the same job until the day I die and never have an opportunity unless someone quits or gets fired."

White is a New Albany resident who used to work as a contractor and now is in IT. He made the job switch during the pandemic.

"It's important to put in context that we were in a global pandemic for over a year and it might take us more than a month or two to get us back to employment levels before the pandemic," said Sarah Ehresman, Director of Labor Market Intelligence at KentuckianaWorks.

She tells WHAS11, national data shows among regions, the highest quit rates were in the South, which includes Kentucky.

There is currently an uptick in what's being called rage quitting. That's when someone leaves a job without a two week notice or possibly burns a bridge with a previous employer. It's nothing necessarily new, but with the pandemic, more people are facing the decision to leave.

"I've been a contractor and unfortunately it just seemed like our company wasn't going to have any permanent positions that came up," said White.

White said after two years of working with his previous company he left on a good note. But shared the decision came after not being able to move to  full-time with more pay and benefits—that would help in supporting his family.

Two factors officials with KentuckianaWorks said are playing a big role when it comes to people returning to work.

"Workers do sort of have an advantage when it comes to them choosing to work for employers who value them as an employee with good wages, good benefits, stable consistent scheduling that allows them to plan their life outside of work," Ehresman said.

Last week Governor Beshear, said while some are returning to work, others are not, but it's not just because of the federal unemployment benefits. Some are trying to navigate childcare options, and others may be fearful of going back to front-facing jobs with COVID-19 still spreading.

And even with White finding another job that fit his needs, he said others are still figuring out what the best move is for them next.

"Its inspiring creativity for people. I don't think its people not wanting to work. I think people are just wanting to go out and go for different things because the playing field is a little more level now," Ehresman said.

A time right now officials said could benefit the local economy in the long run.

"It's this reallocation effect. It's gonna take a little bit of time for workers to find their place in the post pandemic economy. But in the longer run, there is research to show that workers that have a good match in their skills and interest are going to be more productive which is good for everyone," Ehresman said.