Many people are upset about how the bill was passed. Until late Thursday afternoon the bill was about sewer treatment pants, but after a quickly called committee meeting, it became a vehicle to carry pension reform. 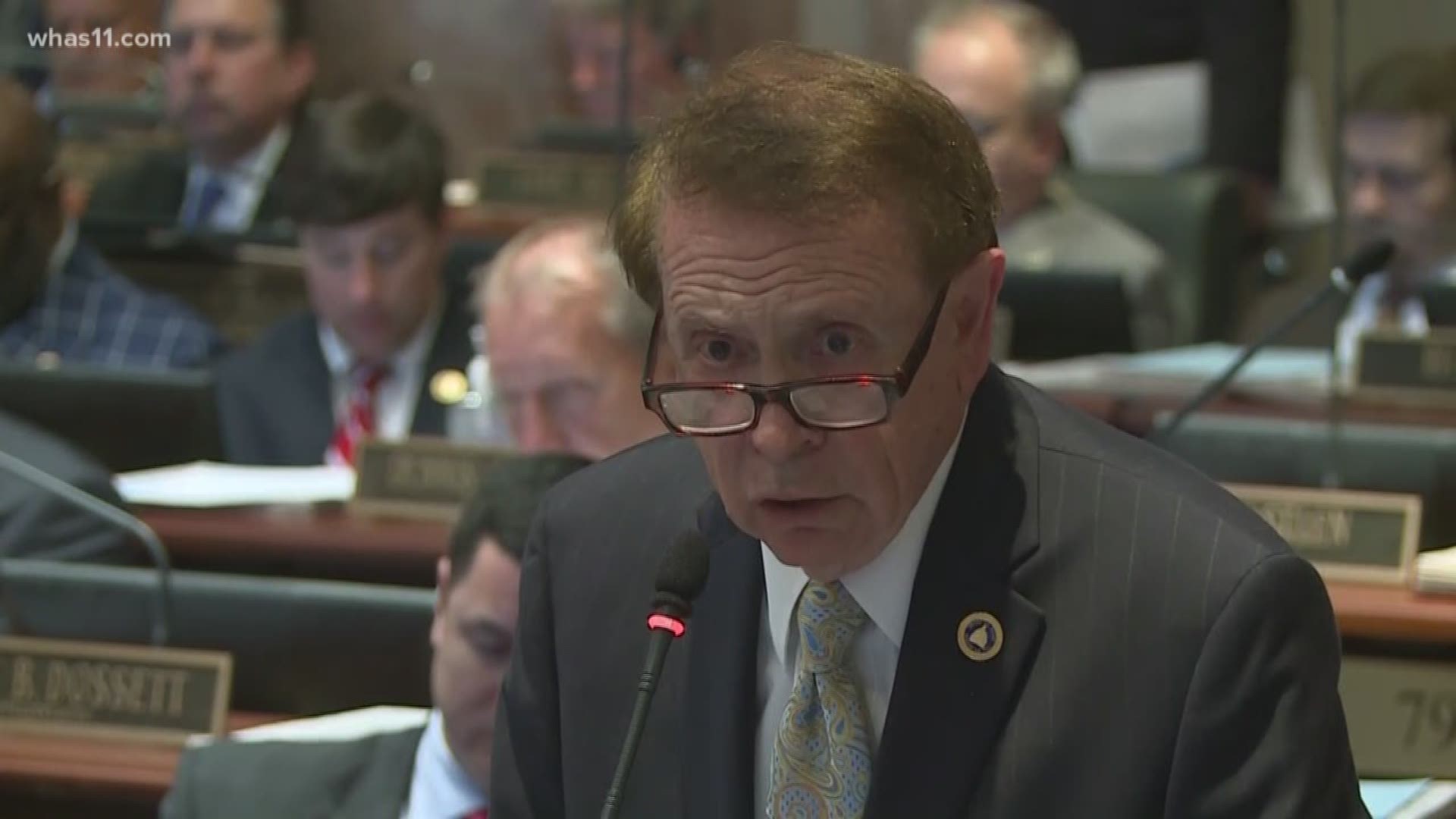 FRANKFORT, Ky. (AP) -- Late Thursday evening, the Kentucky Senate passed a pension reform bill sending it on to Governor Bevin. It passed as teachers stood outside chanting “shut it down.”

Many people are upset about how the bill was passed. Until late Thursday afternoon the bill was about sewer treatment plants, but after a quickly called committee meeting, it became a vehicle to carry pension reform.

The bill received only 49 votes in the House, and several Republicans in the supermajority voted no or not at all.

The vote came after four hours of passionate debate and shouts from teachers in the balcony, turned personal at times. Overnight Republican Rep. Bam Carney received flack for his comments to teachers.

“I am embarrassed, as an educator by the actions of the one percent. We have had grandchildren of members of this body come home crying from public schools because teachers are talking about their grandparents while they’re at school. I’d say do your job, don’t talk about politics and teach the kids,” said Carney before slamming the mic down.

Many represented officials spoke out against the bill.

“I believe there are more changes in this bill, and I honestly think that’s why it was rushed. I think there are some things we’re going to find, that we’re going to say whoops, I didn’t know that was in there and it’s not going to be good,” said Democratic Rep. Jody Richards.

The bill’s sponsors claim it will pay down the tens of billions of dollars in the state's unfounded liability. The plan will keep “cost of living” adjustments for retired teachers. New teachers will be placed into a cash hybrid retirement account and unable to use sick days to add to years of service when retiring.

Some supporters could not understand why their so-called compromise was not being embraced.

Both chambers will take the weekend off, although the budget team is expected to meet. They've called another session day Monday to make up for a snow day. If they fail to have a budget passed by then, they'll not have a chance to override any potential vetos.