The crash happened along US 36 near Pendleton Heights High School Friday afternoon.

The crash happened along US 36, near Pendleton Heights High School. Police say a semi with trailer got stuck on the tracks and the driver of the semi got out of the cab.

Witness video shows crews trying to pull the truck off the railroad tracks when a train approaches, striking the semi and peeling the cab from the trailer, pushing it down the tracks. 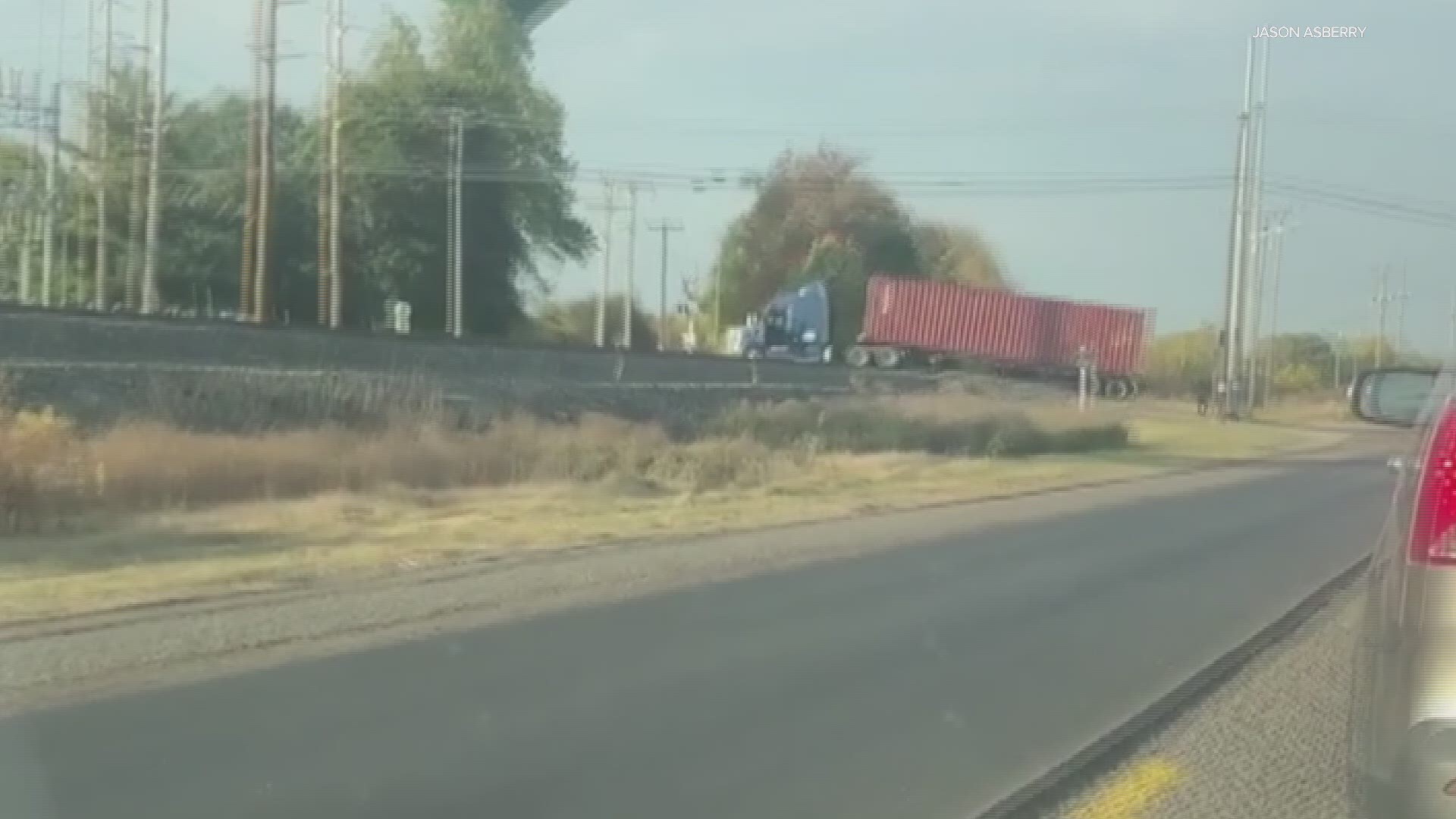 Witness Lora Hoppes told 13News traffic was stuck in construction when the crash happened. She said construction crews tried to help get the semi off the tracks before the train came.

Witness Shawn Gregg shared video from across a nearby parking lot, showing workers attaching a strap to the trailer and trying to pull it free, then getting out of the way when the train nears. 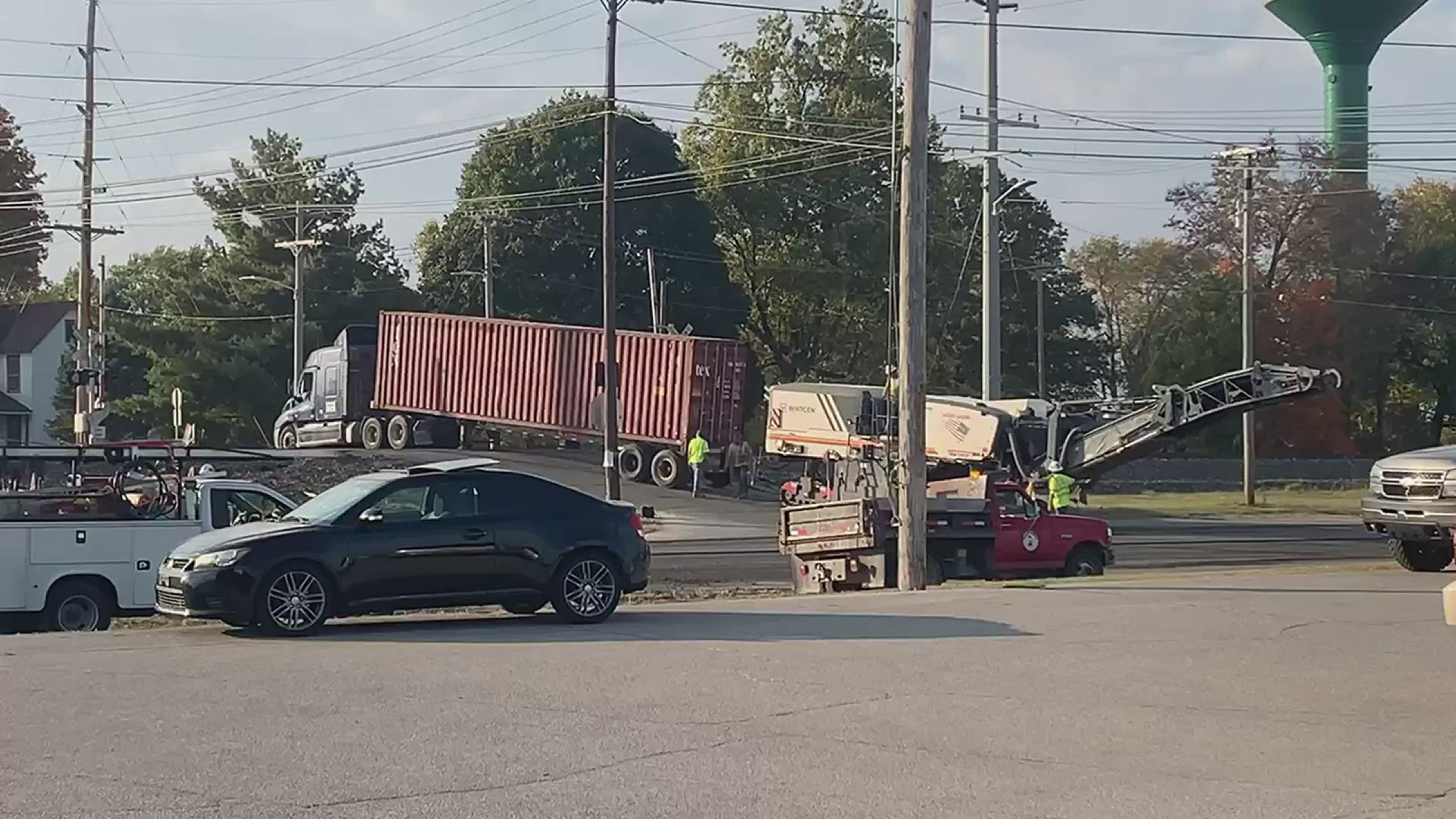 Both the truck and the train caught fire after the impact.

Train fire near Pendleton. @WTHRcom Hope everyone is ok. pic.twitter.com/gazcM7oDuC

The driver of the train was checked for minor injuries.

Crews remain at the scene, clearing debris left by the crash.