Dozens took to the streets in Louisville, hoping to bring peace to a city scared by gun violence. 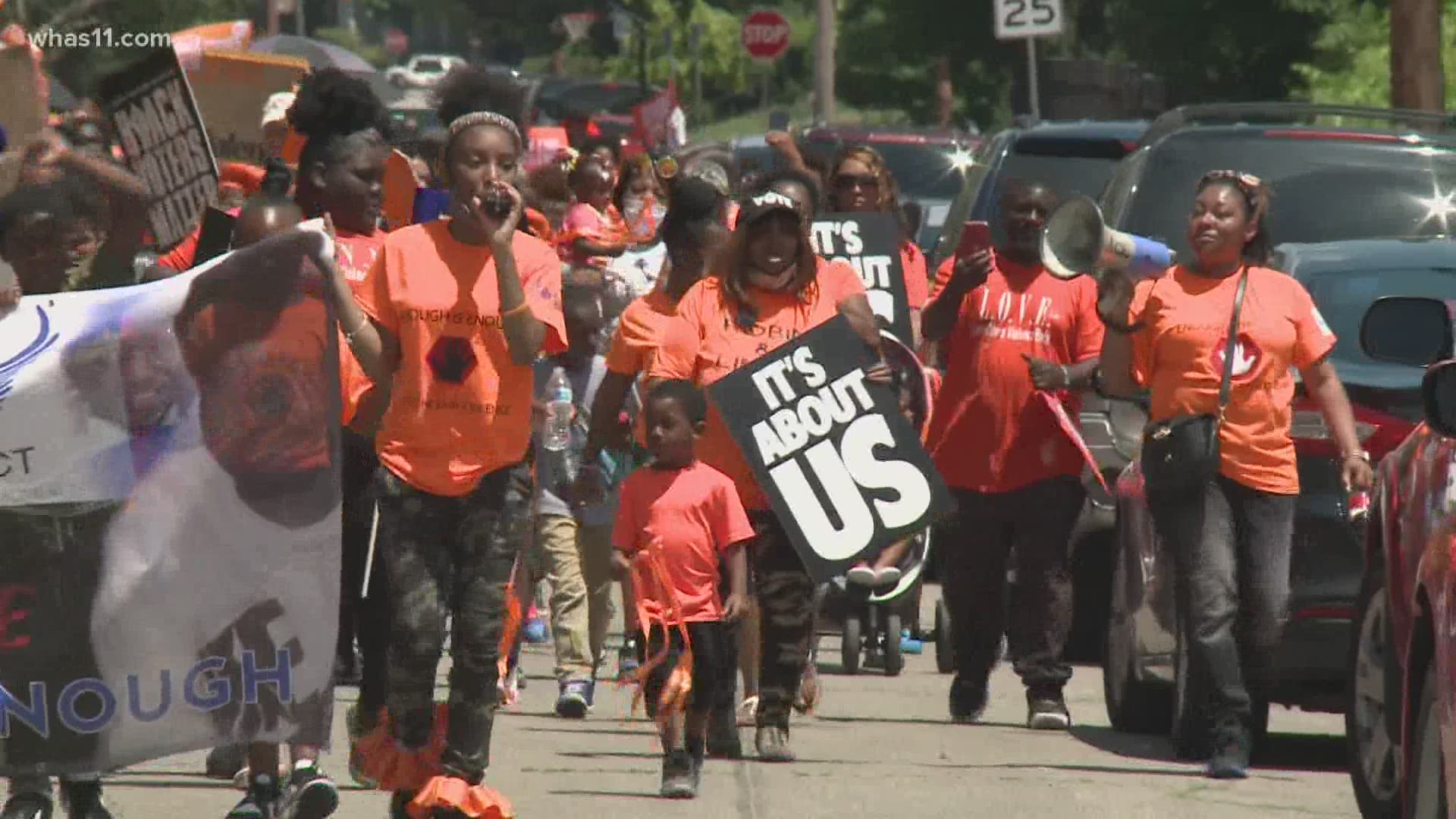 Pictures of victims murdered in Louisville lined walls at the beginning of the walk. among the photos hung a still of Cory 'Ace' Crowe, whose mother Rose Smith organized the walk.

The walk came on the heels of another young person's death; fifteen-year-old Demetri Rhodes was shot and killed Friday.

"The fifteen years I did know my son, I've seen him come out and get going, now he's gone," his father, Benjamin Rhodes Jr., said.

Demetri's father and grandmother said he went down a bad road, got in with the wrong group. They always tried to bring him back to God and now, they say, it finally happened.

"I don't feel like we are taking it as a loss," said Demetri's cousin Wilnesha Johnson. "I feel like he is an angel. God needed his angel. God saved him."

Demetri is one of at least 16 Louisville teenagers who were killed so far this year.

Ace Project Founder Rose Smith spoke out about how people have been so quiet to report killers. "Nobody's speaking up," she said. "People need to speak up and say something."