Hornung died Friday after battling dementia for several years. He was 84. 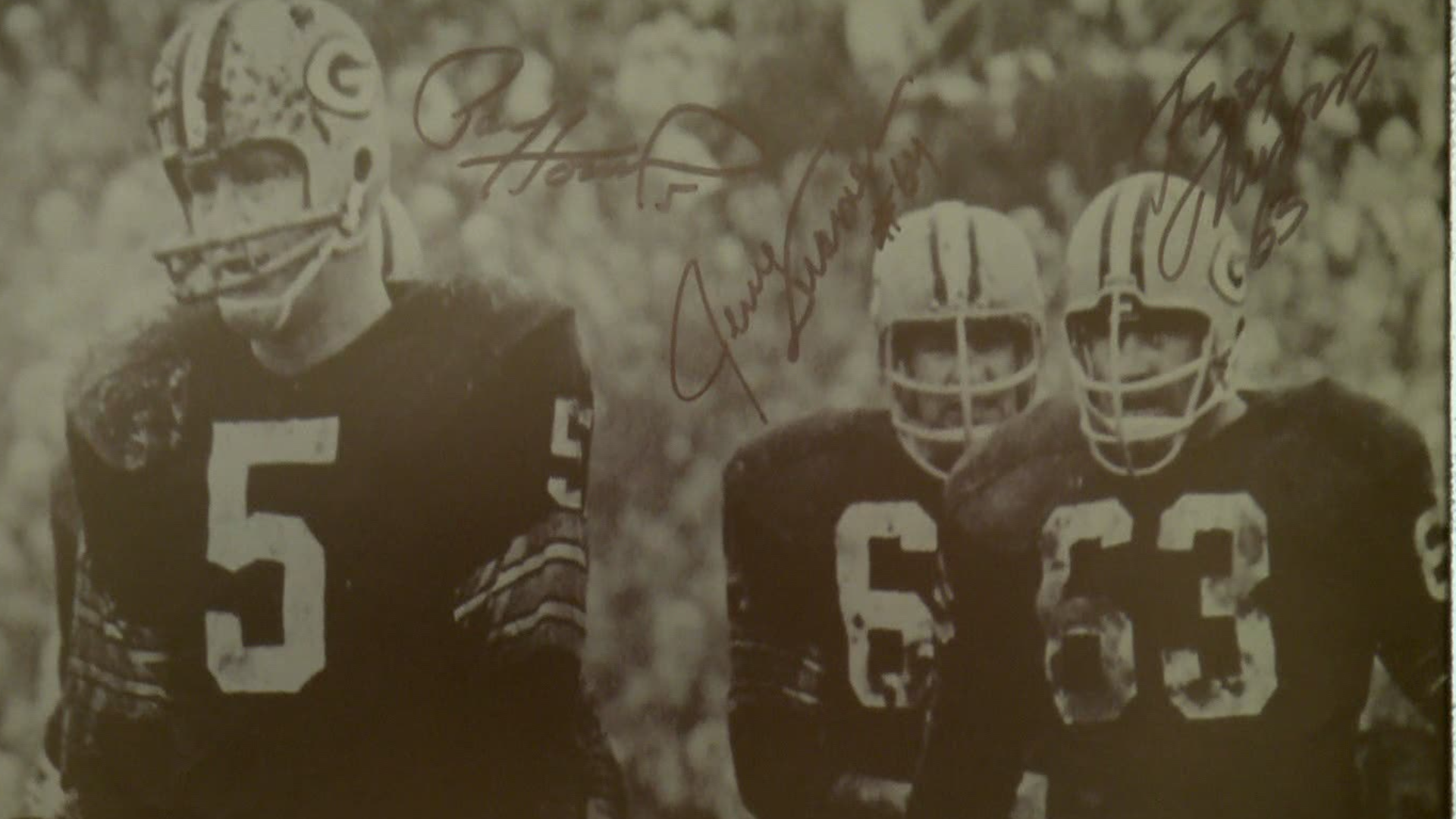 LOUISVILLE, Ky. — Paul Hornung made a name for himself on the gridiron, but his legacy goes far beyond what he could do on the football field, especially in his hometown of Louisville, Kentucky.

"He always said, "I've been on a full scholarship all my life. I'm not about to change that now,'" Hornung's friend and Louisville Sports Commission Executive Director Karl Schmitt said.

Hornung died Friday after battling dementia for several years. He was 84.

Known as the "Golden Boy," Hornung grew up in the Portland neighborhood in Louisville and first starred at Flaget High School before going on to play quarterback at Notre Dame, where he won the Heisman Award. He would then go onto enjoy a Hall of Fame career with the Green Bay Packers as a halfback and placekicker.

"You imagine a 225 lb. guy coming around the corner blocking you, if you were a cornerback, you had some options and none of them were any good," Schmitt said.

Hornung is also the namesake of the Paul Hornung Award, which is given to the most versatile player in college football. In recent years, local stars like Purdue wide receiver and Trinity graduate Rondale Moore and former Kentucky receiver and quarterback Lynn Bowden have won the award.

While Hornung struggled with dementia in his last few years, Schmitt said Hornung did not let the disease rob him of his spirit and his love for football. Schmitt told the story of Hornung placing the very first sports bets at Caesar's in Southern Indiana after the state legalized sports betting in 2019.

"Minnesota was playing at Green Bay and he took the Packers straight up against the Vikings," Schmitt said. "Somebody asked him, 'Paul, you must really like Green Bay.' He says, 'I never bet against the Packers when I was playing. Why should I start now?'"

While Hornung became a star, he never forgot about his hometown, which has put up banners and statues in his honor. He has also donated money to the new track and field facility in West Louisville, the Norton Sports Health Athletics and Learning Complex, which is being built by the Louisville Urban League.

"When he learned about it, he said this was something he wanted to help with," Louisville Urban League CEO Sadiqa Reynolds said. "He grew up in the West End - my understanding was he was from Portland, and so this is something that just struck him as something he should do for his community."

According to Reynolds, the Urban League did not reach out to Hornung about making a donation and that he decided to make a $10,000 donation after learning about the project, which will help both children and the West Louisville community.

Reynolds said she was also surprised to learn Hornung's family has asked for donations to be made in his honor to the project. She said this donation sends a message to the children of West Louisville that there are people, even superstars like Paul Hornung, who care about their futures.

"It makes him a Golden Boy in my eyes, certainly," she said.