"The Golden Boy" starred at Notre Dame and for the Green Bay Packers in the 1950s and 60s. 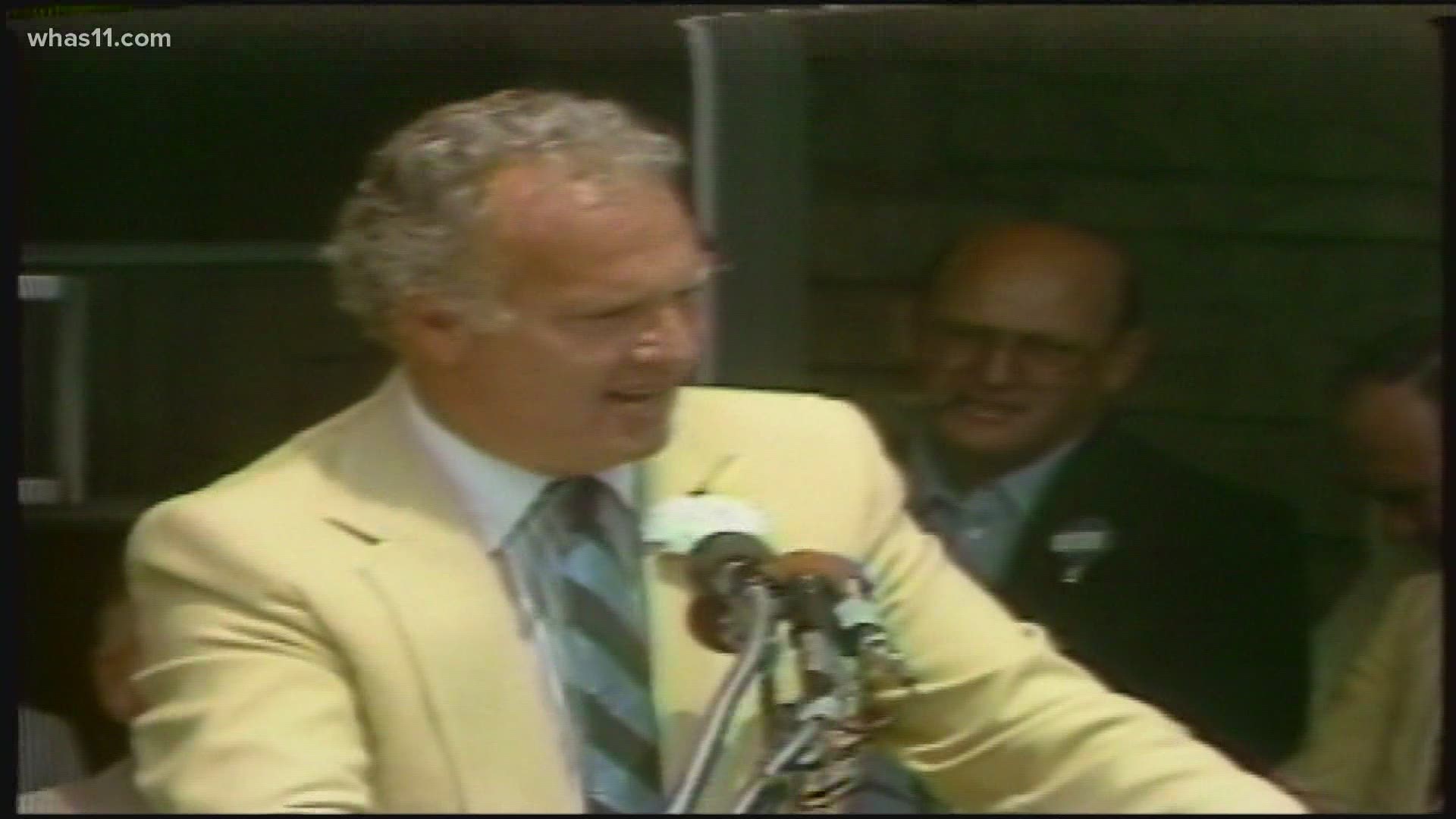 LOUISVILLE, Ky. — College and Pro Football Hall of Famer, Paul Hornung, passed away at age 84 in his hometown of Louisville, Ky. Friday, November 13.

Nicknamed, "The Golden Boy," Hornung starred at quarterback for the Notre Dame Fighting Irish in the 1950s. He won the Heisman Trophy in 1956 then went on to be the first overall pick in the 1957 NFL draft for the Green Bay Packers, playing halfback and placekicker.

Legendary Green Bay Packer Football Coach Vince Lombardi once called Hornung, “The most versatile man ever to play the game.”

The namesake of the Paul Hornung Award is presented annually to the most versatile player in major college football.

The Lousiville native was awarded NFL MVP in 1961 and earned four championship titles with Packers including a win in the first Super Bowl in 1967.

Hornung hailed from Louisville's Portland neighborhood, where he was a three-sport star at Flaget High School.

Upon retirement from the NFL, Hornung launched a successful career as a sports radio and TV commentator. He was a college and pro football analyst for CBS, TBS, ABC Radio and a color analyst on radio for the Minnesota Vikings and Notre Dame.

Born in The Ville & a legend of the game.

Our thoughts & prayers go out to the family of Paul Hornung. https://t.co/3KPjWLr0fu

Hornung is survived by his wife of 41 years, Angela Hornung.

According to the Louisville Sports Commission, a private funeral mass will be held at St. Louis Bertrand Church in Louisville followed by a private burial in Cave Hill Cemetery.

A public celebration of his life will be held at a later date. In lieu of flowers, the family requests donations be made to the Norton Sports Health Athletics and Learning Complex via the Louisville Urban League.

“Beyond athletics, Paul was a larger than life personality, with an unmatched love for Louisville and the entire region,” said Tom Miller, CEO of UofL Health. “He leaves a legacy of outstanding citizenship for this community, including the annual Paul Hornung Awards program that we were proud to support. Our sincerest condolences are with his family.”