Parrott under fire for mismanagement of Cincinnati MSD 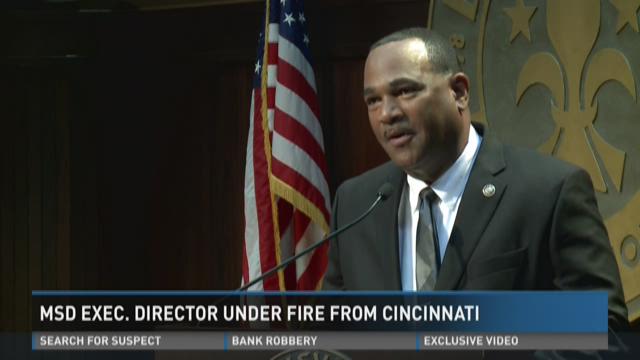 LOUISVILLE, Ky. (WHAS11) – The head of Louisville Metropolitan Sewer District may be in hot water for the job he did while in a similar position in Cincinnati.

This comes on the heels of an investigation that began in February amid allegations of mismanagement by former employees in the queen city.

In 2007, the Cincinnati City Manager gave then Cincinnati MSD director Tony Parrott the authority to sign contracts on behalf of the city's Metropolitan Sewer District, and according to an independent audit it may have cost Cincinnati taxpayers millions.

Among the chief concerns found in the audit: Mismanagement, lack of accountability, and lack of oversight with respect to the budget and contracting; Widespread use of consultants to fill roles already filled by city employees; and misuse of funds for the purchase and delivery of professional services.

The audit also found potential Ohio Ethics Law Violations for funneling funding to an internship program under the Project Rebuild Workforce Collaboration Foundation which it is alleged contractors employed by the MSD were solicited for contributions.

Under Parrott's watch the budget of the foundation went from $50,000 per year to more than a million dollars annually.

Claims of nepotism also ran rampant in that program after Parrott hired a number of children and grandchildren of public officials.

There are also allegations that Parrott lived outside of city limits, and falsified financial documents to cover up the discrepancy.

This information is now being sent to the Ohio Attorney General Office as well as the Hamilton County Ohio Prosecutors Office for the possibility of a criminal investigation.

A spokesman for Louisville Mayor Greg Fischer told WHAS11 that they are aware of these allegations and that the Mayor thoroughly vetted Parrot before hiring him and has full confidence in his abilities.

However the Mayor’s Office will be looking into the situation in the coming weeks.