Parents having conversations about racism with their children as protests continue in Louisville, nationwide

They want their kids to maintain their childhood innocence while being aware of what’s going on. 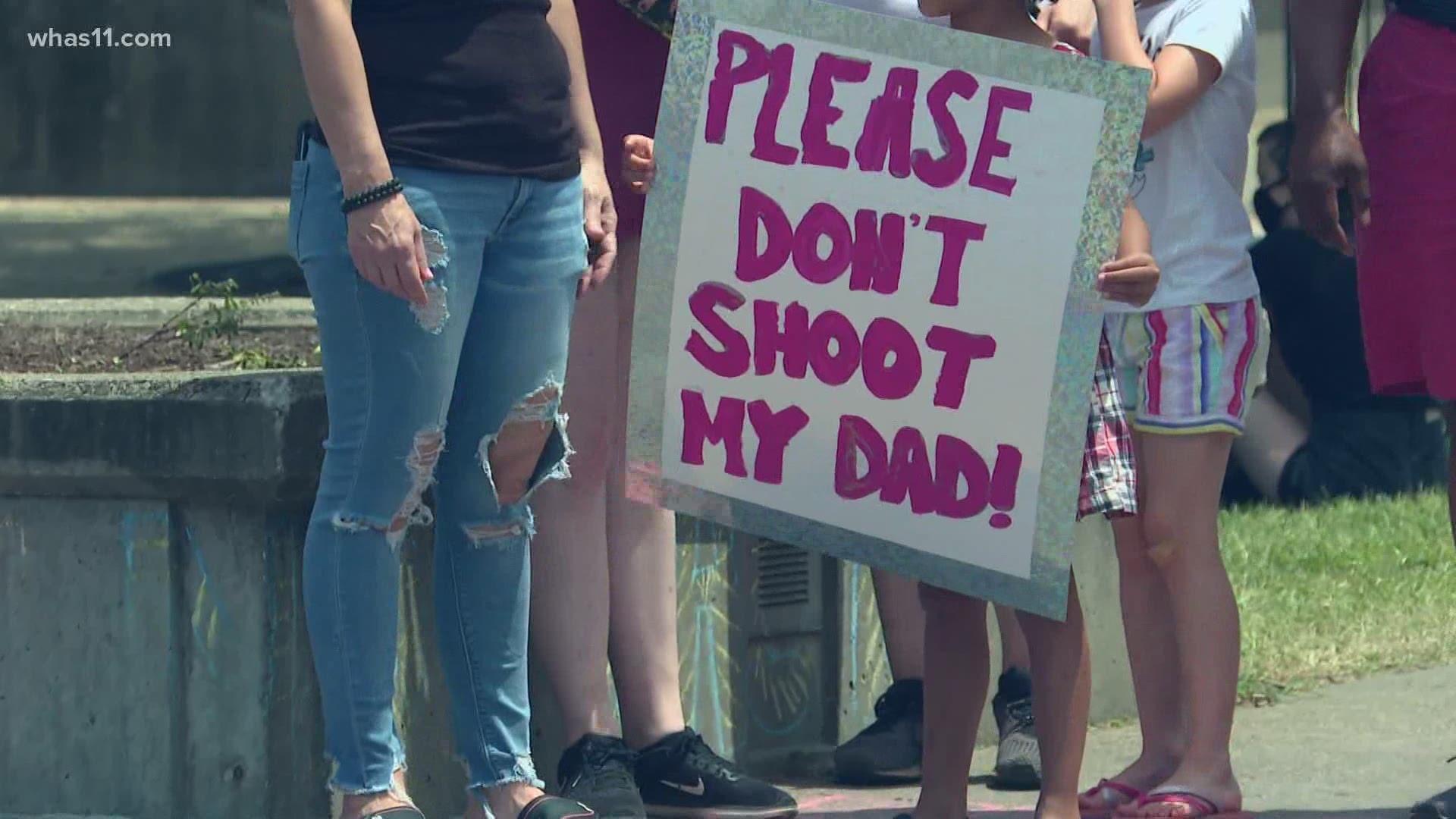 As we continue to see more of these messages, there's one in particular that stood out to WHAS11's Kristin Pierce.

Maybe it’s the pink letters or the glittery border, but it’s mainly the person who wrote it: a 6-year-old girl.

"When she chose that as her sign, a part of me was like, it's so harsh but it’s the truth. I mean, seeing a child choose this to say this. I don’t even have words to say how strong of a statement that is," her mom said.

Images of George Floyd saying "I can’t breathe" as a police officer knelt on his neck for nearly 9 minutes or of Ahmaud Arbery attacked while jogging down the street have sparked an international movement. The protests against police brutality and racial discrimination are forcing parents to have serious conversations with their children.

RELATED: 8:46: A number becomes a potent symbol of police brutality

"I knew it would come up. At 6 years old, I didn’t think it would happen now," the Louisville mom said.

Natalie White said she started talking to her 16-year-old daughter and 10-year-old son two years ago about what it means to be black.

"He doesn’t understand why he may need to change a little bit and smile when he speaks because he can be seen as something that he’s not."

White fears for her son, especially. She said she lost two of her nephews to gun violence before they turned 25 and she's worried she could lose her son the same way.

"I am absolutely terrified that my son will be doing nothing wrong but being taken or viewed as a threat and it is my absolute fear that for everything I’ve gone through, everything I’ve taught him that it won’t be enough," she said.

White said her son asked her why people would treat him this way. She said it's a hard answer to give him.

"It's because you're black," she said.