After recent fights at Iroquois High School, parents and advocates agree that something needs to change. 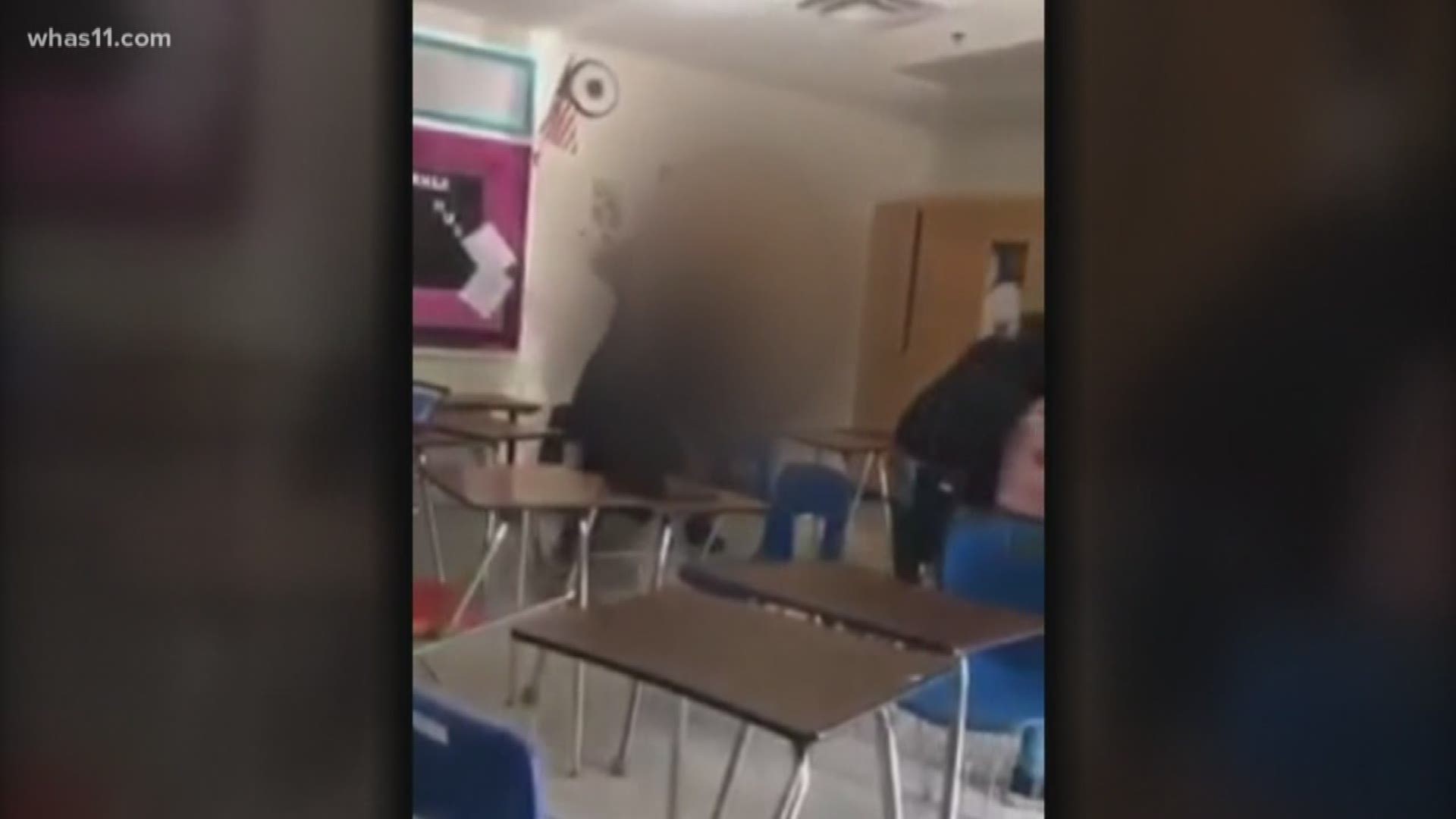 LOUISVILLE, Ky. — Different fights between students, teachers and the principal at Iroquois High School has led to a plea for more security.

During a Jefferson County Public School Board meeting Tuesday night, a mother whose 15-year-old son (14 at the time the video was taken) went viral on social media for fighting his teacher at Iroquois High, spoke in front of members.

“I feel like she is in the wrong and I feel like my son could have had a chance as far as being able to talk to somebody if he knew that there was somebody there that he can approach that looked like him or could relate to what he’s going through,” Kenya Jennings said.

Jennings approached the board in tears and explained her son’s teacher was not fulfilling her role as an educator.

“Three years ago, you promised me and about five other parents that you would make significant changes at Maupin [Elementary] once you approved to remove the Catalpa program. But as of this year, nothing has changed. We are still the lowest-performing school in the entire state of Kentucky, we are still one of the least populated schools, with just a little of 230 students, but we continue to receive transfers of students with behavior issues,” Carla Robinson, a mother, said.

RELATED: A disruptive trend in Kentucky, Indiana schools can ‘stop a classroom cold’

On the opposite side, Gay Adelmann with the group Dear JCPS told the board that fighting back is the only option teachers have left.

Adelmann continued to say the teacher in that fight requested assistance on more than one occasion but there was no in-house security in the building. But Jennings, the student’s mother, said she wants anything but SRO's to help the students.

“Whether you have the so-called SRO’s in the school or not at the end of the day, somethings needed really bad. I’m helping with some efforts at Iroquois and Western High School with the rotary scholars effort and I plan to continue doing whatever I can to try to at least bring some sense into young individuals' minds about how they treat each other,” community advocate Christopher 2X said.

At one point during the meeting, Diane Porter, a board member for District One, wanted to make sure the speakers knew they were being heard.

She said members are not allowed to comment on speakers because these are emotional issues and concerns, and the superintendent and the staff will follow up.