While I have your attention

This page is dedicated to those actions. A place where advocates and allies alike can: listen to the stories, learn about the problems and engage in the solutions to racism and inequality in America. 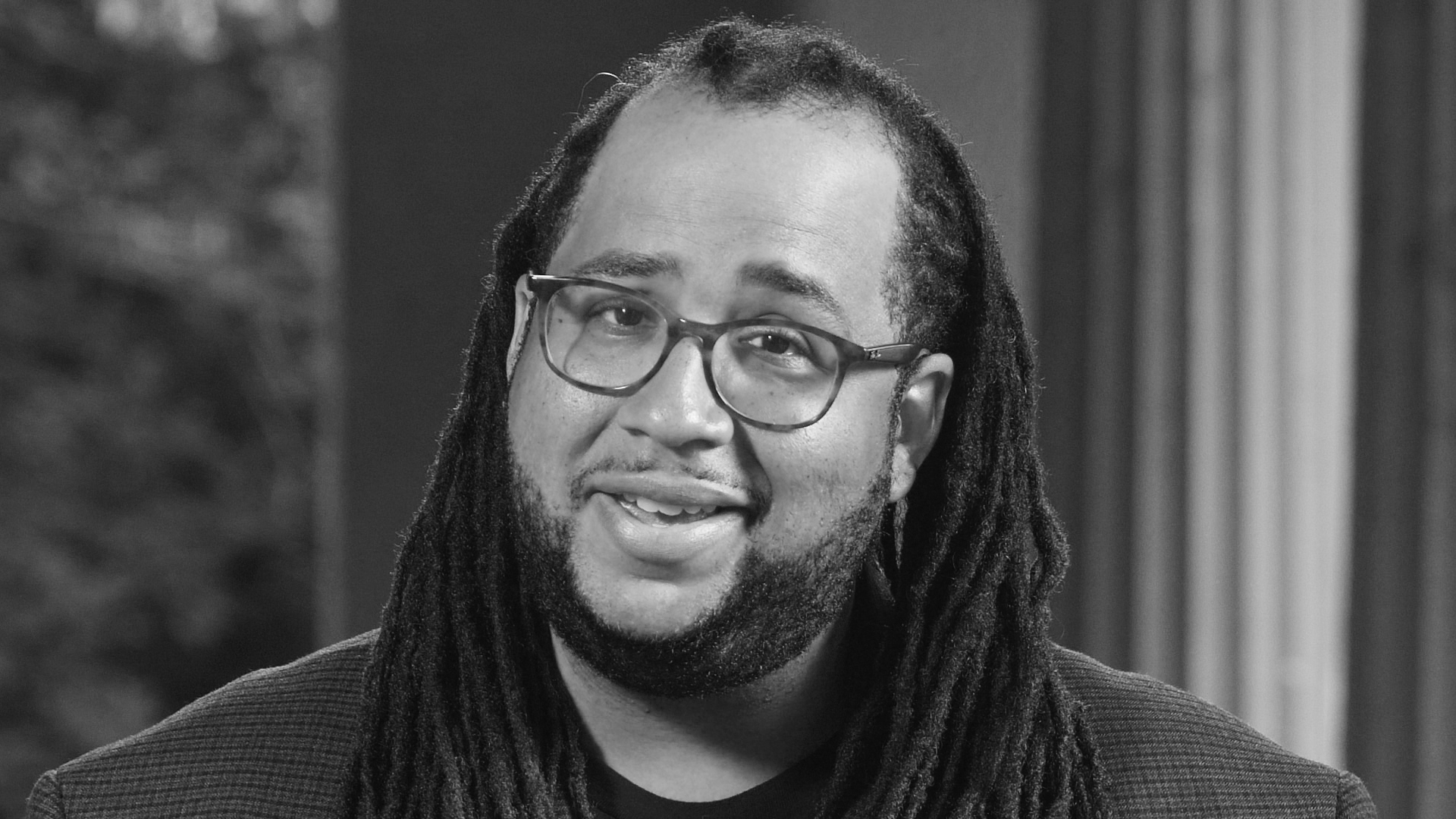 Known to most as “Maestro J,” James grew up in Port-au-Prince, Haiti. Both of his parents were musicians and educators. While most know him for his musicianship and as an experienced music educator, he is also a diversity practitioner and consultant whose training expertise includes cross cultural communication, identity development, implicit and unconscious bias, racial, gender, and sexuality diversity. James believes in unleashing the power of human potential, embracing diversity, and helping people to thrive. 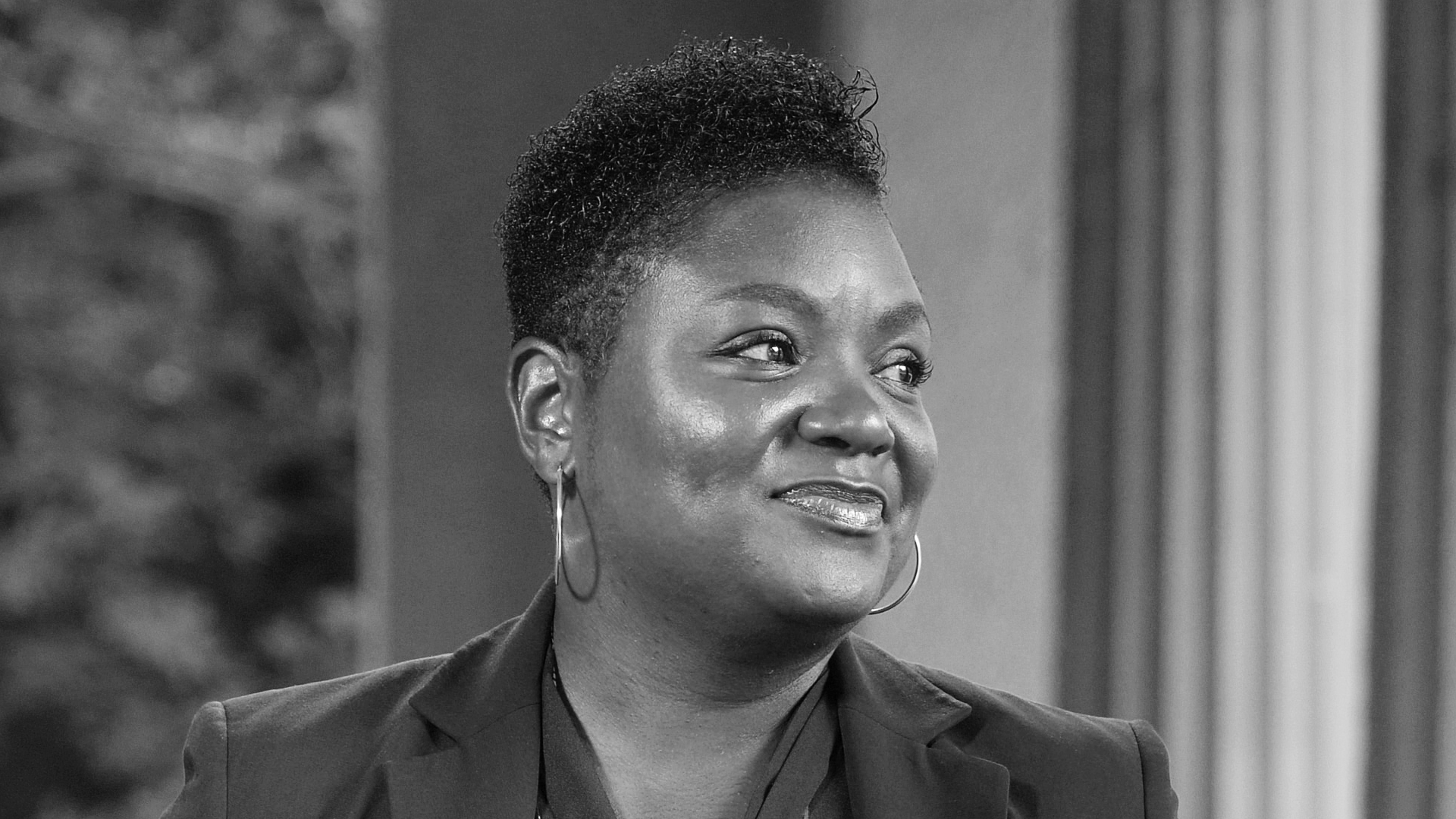 Sadiqa’s appointment to the Louisville Urban League made her the first woman to hold this title in the affiliate’s 95-year history. She has previously served as Chief for Community Building in the Office of the Mayor. Sadiqa serves on several boards including Fund for the Arts and the Louisville Chamber. 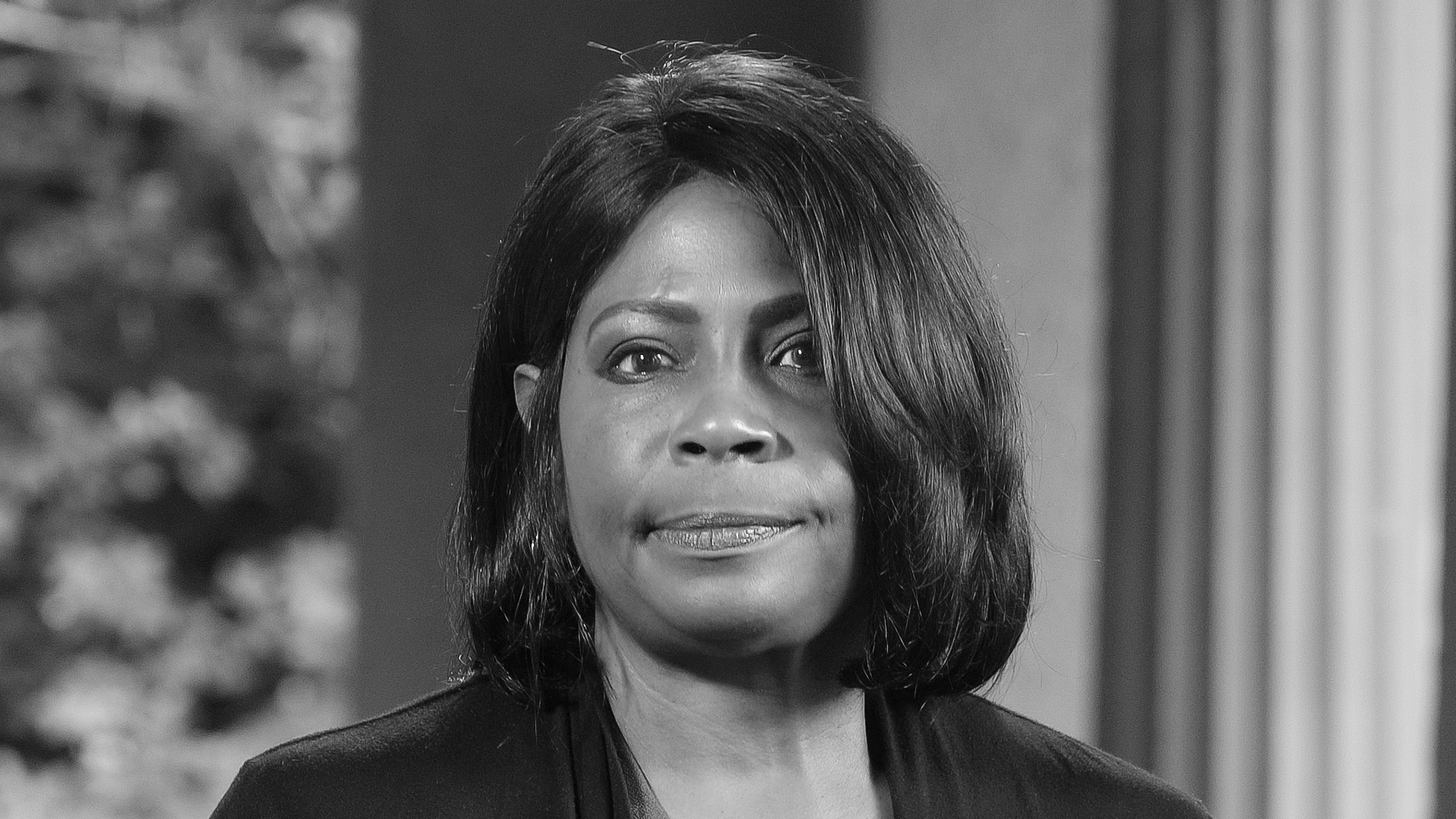 Cathy is a dynamic professional with over 23 years of experience in Training and Development. Her specialties include leadership and managerial development, and diversity, equity, and inclusion training. She has personally trained 15,000 employees and over 25 different courses. Previous to her training and development experience, Cathy served as a Human Resource Generalist for 10 years in all areas of Human Resource Management. 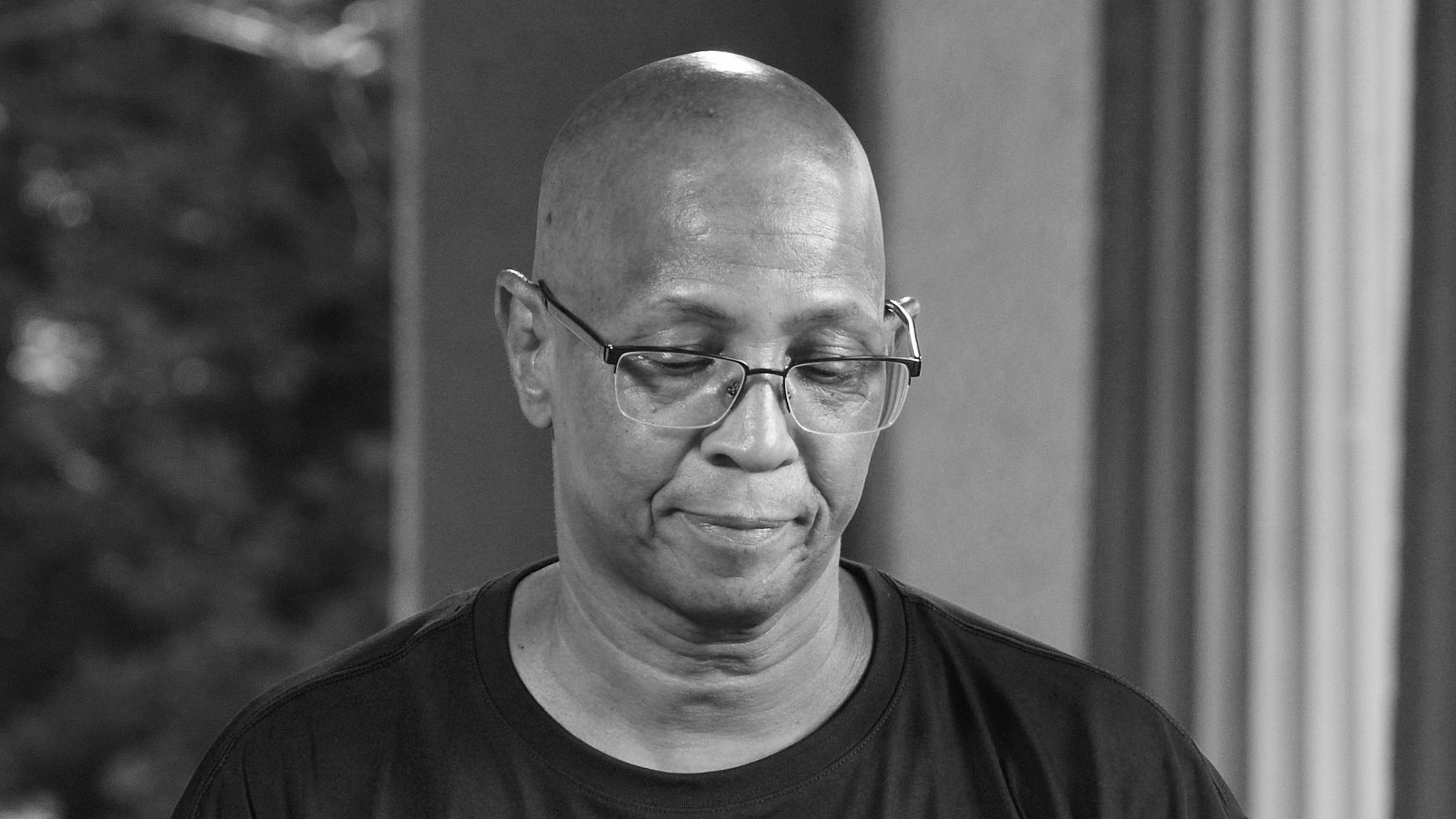 Christopher has been an advocate for peace and justice for two decades. He is often contacted to help resolve high-profile incidents involving race and violence in the community. He knows that early childhood education is vital to ending gun violence and frequently speaks to organizations and students. He holds an honorary Doctorate of Public Service degree from Spalding University and was awarded the Joan E. Thomas, M.D. Lifetime Achievement Award for Peacemaking by The Center for Women and Families in 2018. 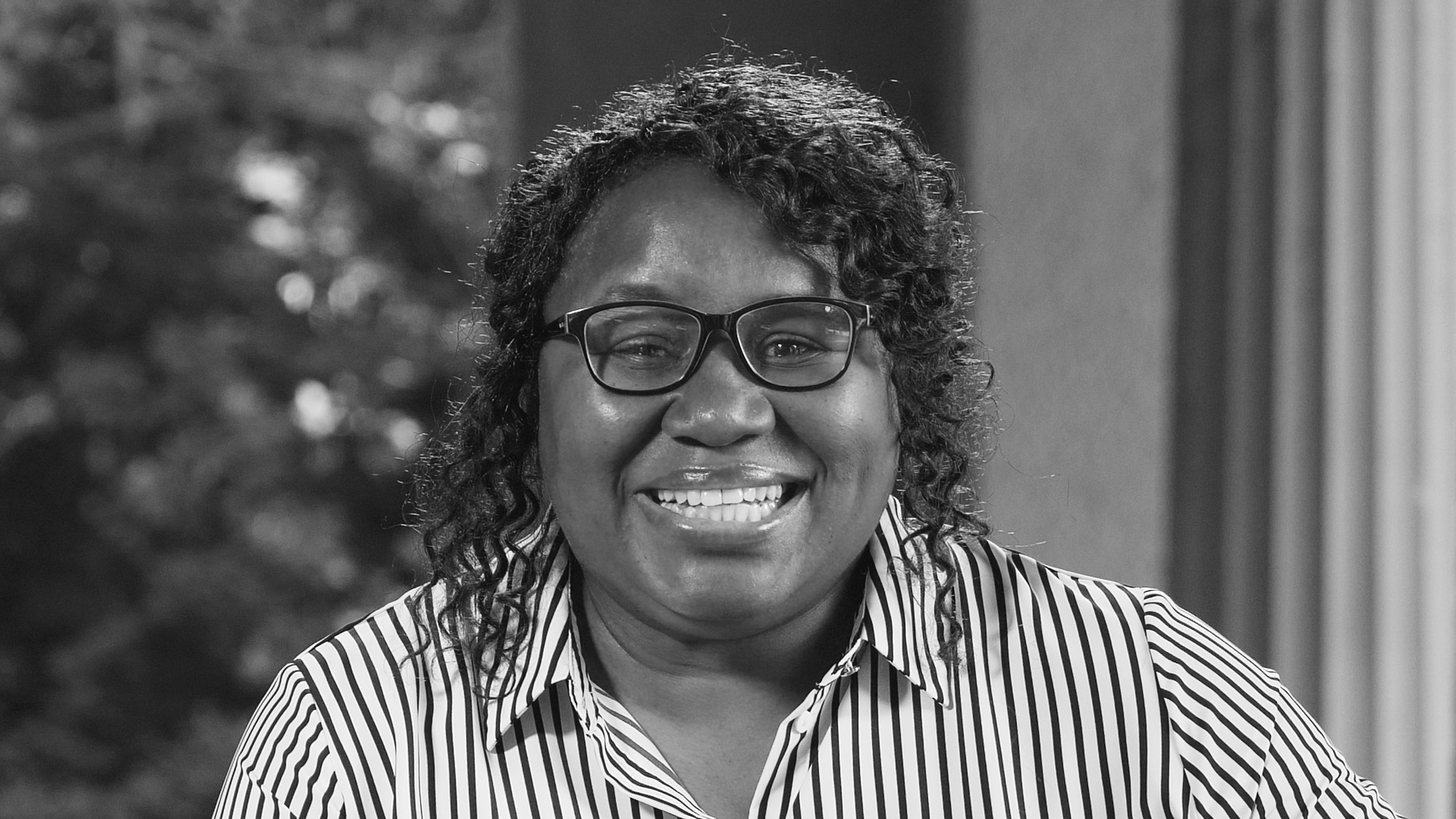 Ann currently serves as the Director of Prevent Child Abuse and is the System of Care Coordinator for Clark and Floyd Counties, where her job is to improve access to care for those in our community impacted by trauma, mental health and addiction. She also advocates for policy change to support the mental health and wellness of children, youth and their families and is tasked to build collaborations with those agencies who provide direct services and supports for these families. In short, she works through the lens of prevention to bring the community together and to build resilience in our vulnerable families through the coordination of services, programming and training. 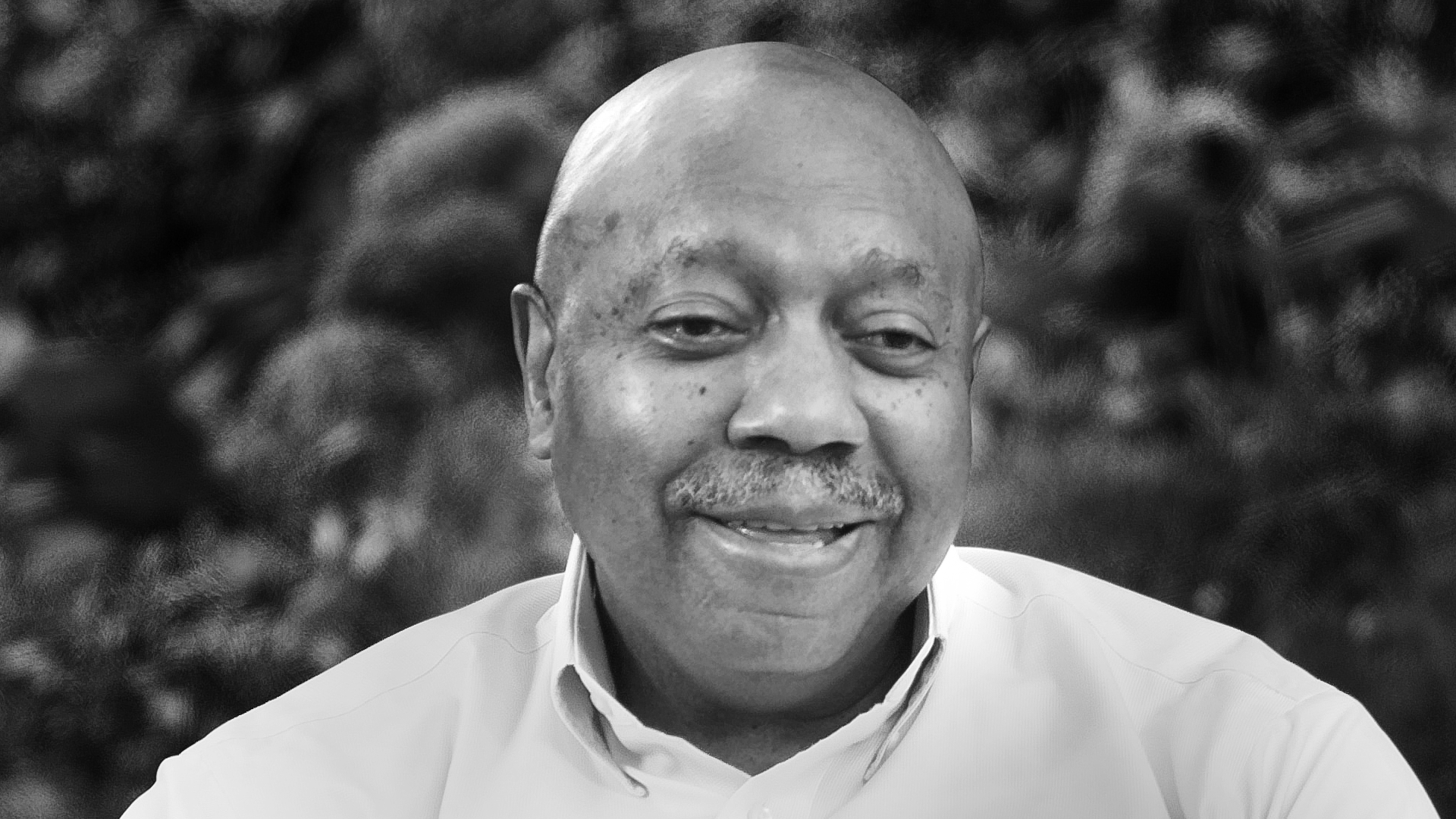 Mr. de Chabert has a significant track record of achievement and possesses more than 28 years of global diversity and inclusion experience.  Before joining Brown-Forman, he was the Chief Diversity Officer at Safeway, and prior to that, served as Vice President, Employee Relations and Diversity at McKesson, a Fortune 16 healthcare services and information technology company. During his tenure, de Chabert institutionalized diversity as a corporate best practice and aligned diversity initiatives with the core business goals. Prior to McKesson and Safeway, he led the diversity efforts at American President Companies, LTD, a global containerized shipping company.  He began his diversity career as a consultant with Pope and Associates, a highly regarded diversity consulting firm.

Mr. de Chabert serves on the Board for The Muhammad Ali Center, Wednesday’s Child, Jefferson Community and Technical College, Louisville Free Public Library and Sacred Heart Schools.  Mr. de Chabert holds a Master’s Degree in Human Resources Organizational Development from the University of San Francisco and a Master’s Degree in Education from John Carroll University in Cleveland.  He holds a Bachelor of Arts Degree in Philosophy from Saint Francis College of Biddleford, ME. 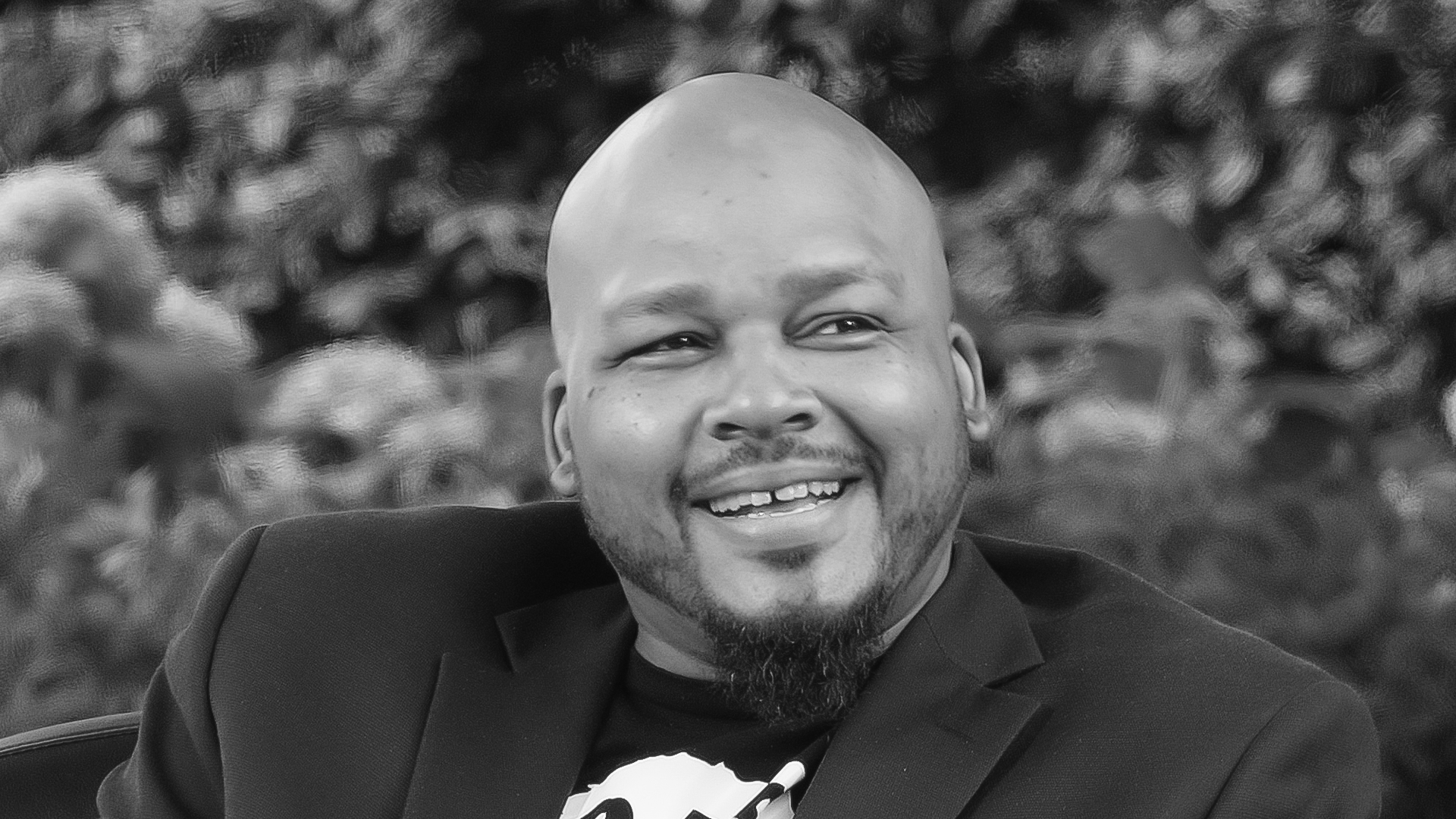 Miguel Hampton is a published photographer and an award winning community business advocate with a diverse managerial background. Miguel has experience downsizing strategies which include the refocus of management, consumer and employee development/retention, brand marketing, public relations, and multi-level retail management. Since starting F5 Enterprises, LLC in 2007, Miguel has been aggressively supporting regional and local business growth.

Miguel has a bachelor’s degree in Business Management from Wilberforce University and a Master in the Science of Management from Indiana Wesleyan. Miguel is deeply engaged in the local business community in both So. Indiana and Louisville, KY, through extensive volunteer efforts and community outreach. One of Miguel’s most common statements is “In order to achieve what one has not achieved, one must do what they have never done.” 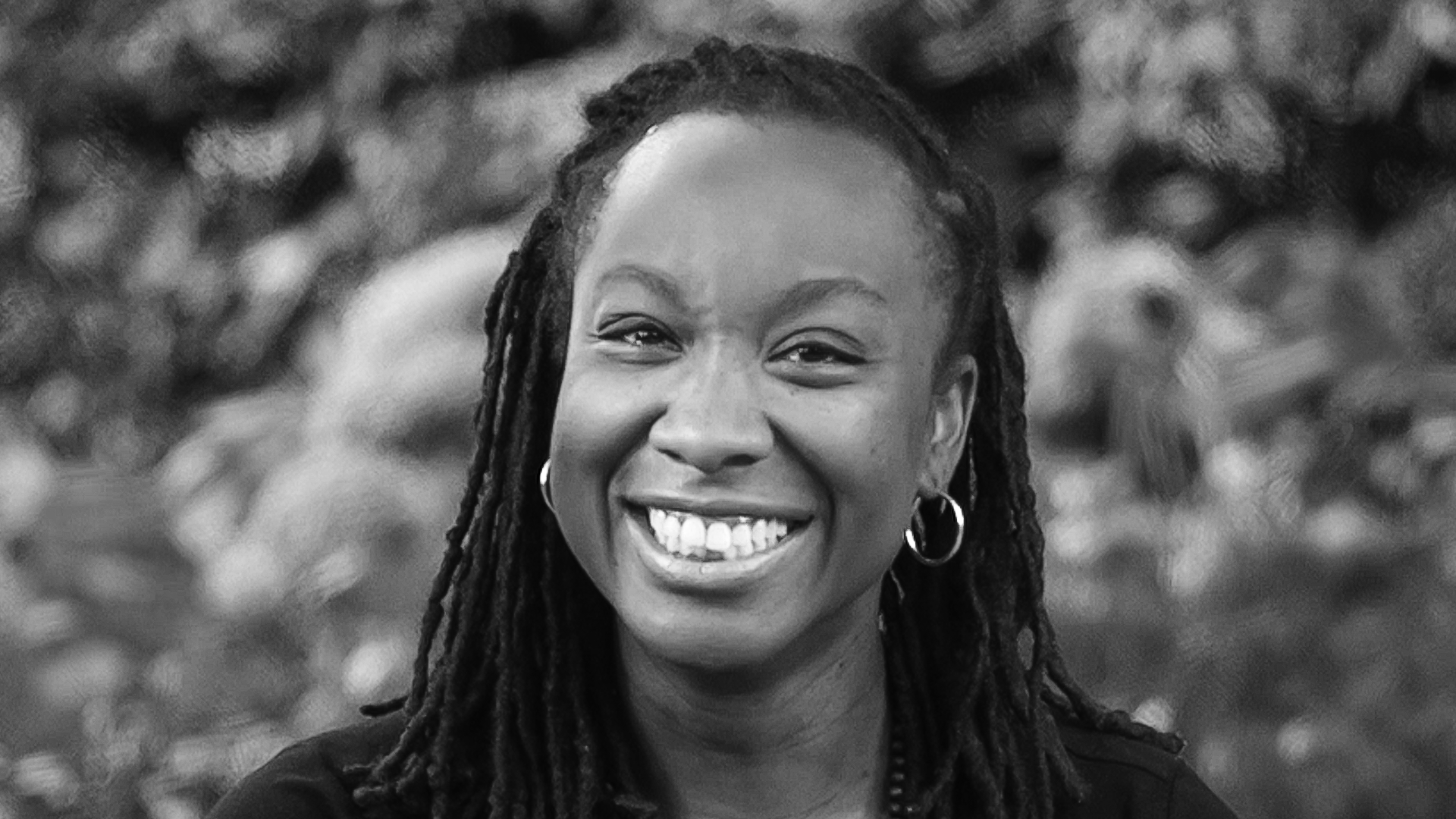 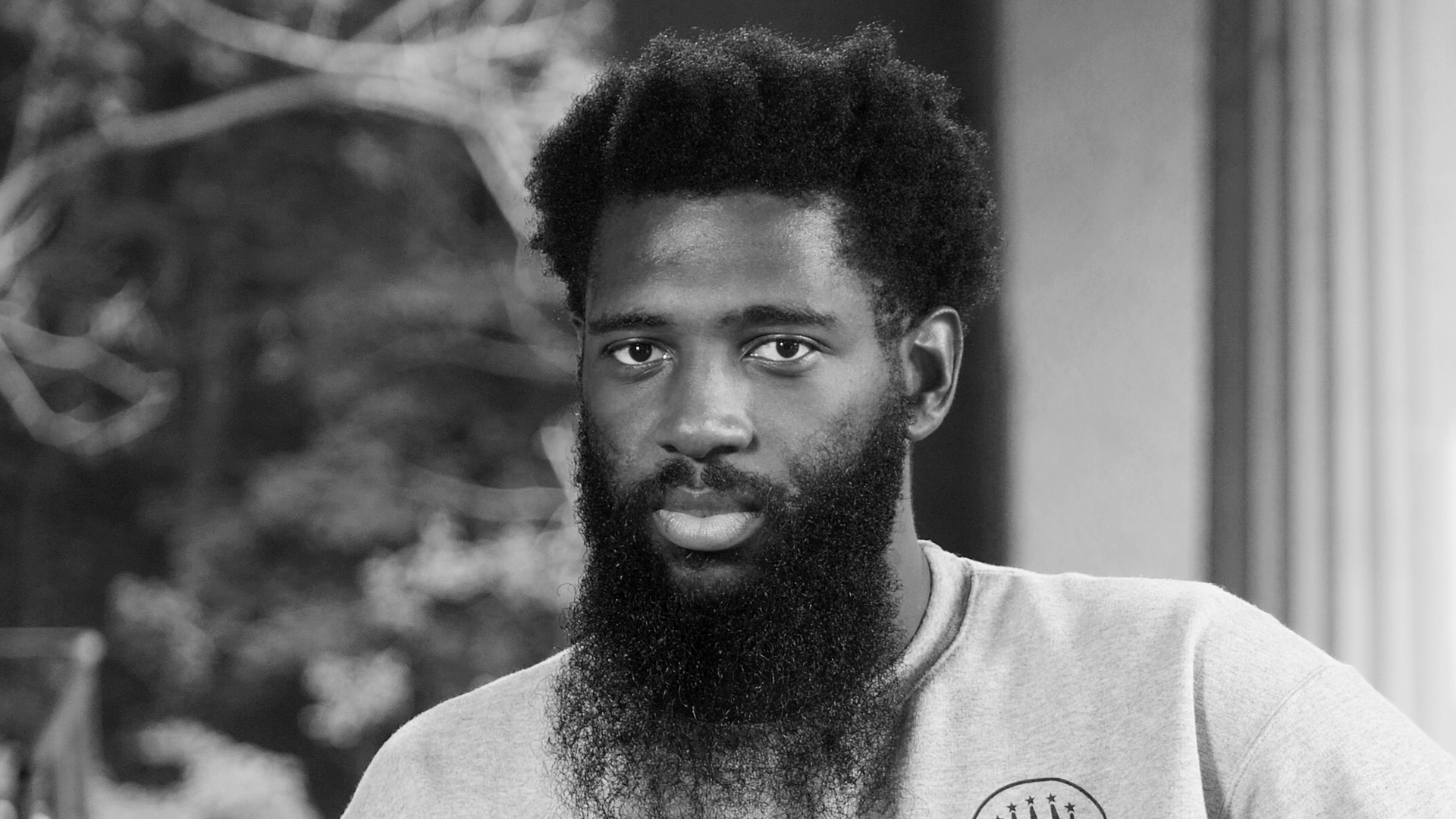 Jecorey “1200” Arthur is an award-winning teacher, musician, and activist from the West End of Louisville, KY. As a descendant of runaway slaves, he has continued the tradition of finding freedom through his education, music, and organizing work – prioritizing service, stories, and struggles of Black American Descendants of Slavery (ADOS). He’s a Professor of Percussion Studies at the HBCU Simmons College of Kentucky and the youngest person elected to Louisville Metro Council in history. 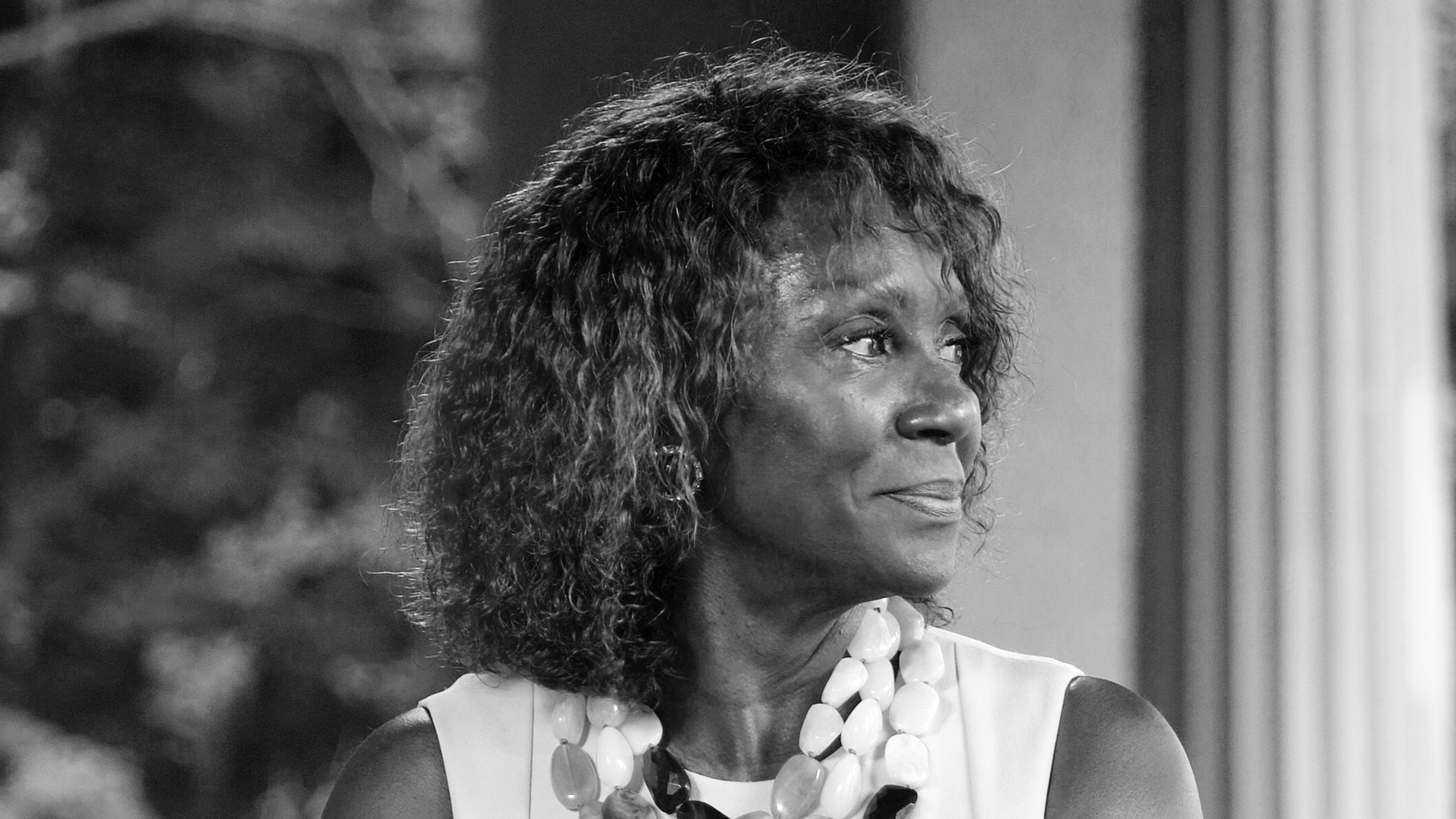 Lesa Dae is a native of Louisville and a licensed and ordained minister currently serving at St. Stephen Church in Louisville under the pastorate of Rev. Dr. Kevin W. Cosby. Since the 1980s, she has been a workshop and seminar leader for several civic organizations and a keynote speaker at many churches in Kentucky and beyond. She was a freelance writer from 2002 through 2014 and wrote a weekly column for The Louisville Defender newspaper.  She is the founder of Elect Lady Enterprize, LLC Communication Consulting, and is presently a contracted consultant with Norton Healthcare and Integrity Development Corporation, specializing in Cultural Diversity Training. Lesa Dae has been listed in the Who’s Who in Black Louisville and was responsible for writing several profile stories in its inaugural edition and is actively involved in community and local politics.