“For the last six months, I come up here every day except Tuesdays. Tuesday is my movie lunch date with my daughter,” Bob McCollum said. 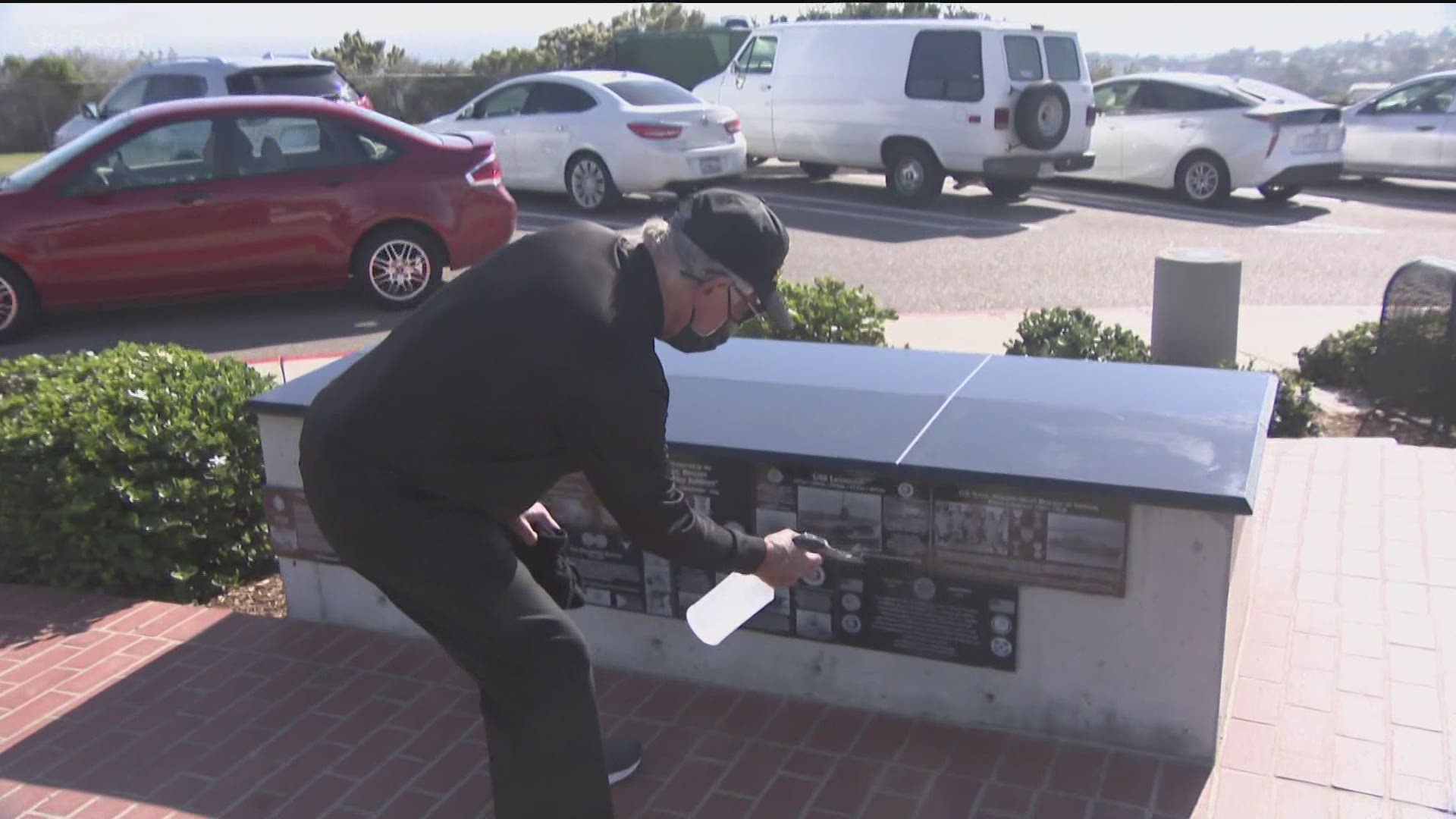 SAN DIEGO — There are probably not many people that know the faces and names of those immortalized in history, on the walls of the Mt. Soledad National Veterans Memorial, more than Bob McCollum.

“We have six presidents on the walls,” said McCollum pointing to a plaque of Dwight Eisenhower. “And here is the greatest hitter who ever played the game, Ted Williams! I used to go watch him play left field in Fenway Park back in the ’50s!”

Bob knows these walls so well because he’s here almost every day.

“For the last six months, I come up here every day except Tuesdays. Tuesday is my movie lunch date with my daughter.”

Since the pandemic started, McCollum, a navy veteran, has taken it upon himself to wash every wall and plaque that needs cleaning, six days a week.

Mt. Soledad is unique as it is the only memorial in the United States that commemorates veterans, living or dead, with their pictures to go along with a story. Bob likes to bring visitors around and tell their stories.

“A lot of people don’t know that Jimmy Stewart was a Brigadier General.”

Bob’s work does not go unappreciated. He was announced as the Mt. Soledad memorial veteran of the year for 2020. But in terms of his legacy, there was nothing better for Robert F. McCollum to have a plaque of his own, next to his sons and surrounded by the American heroes that he most admires.