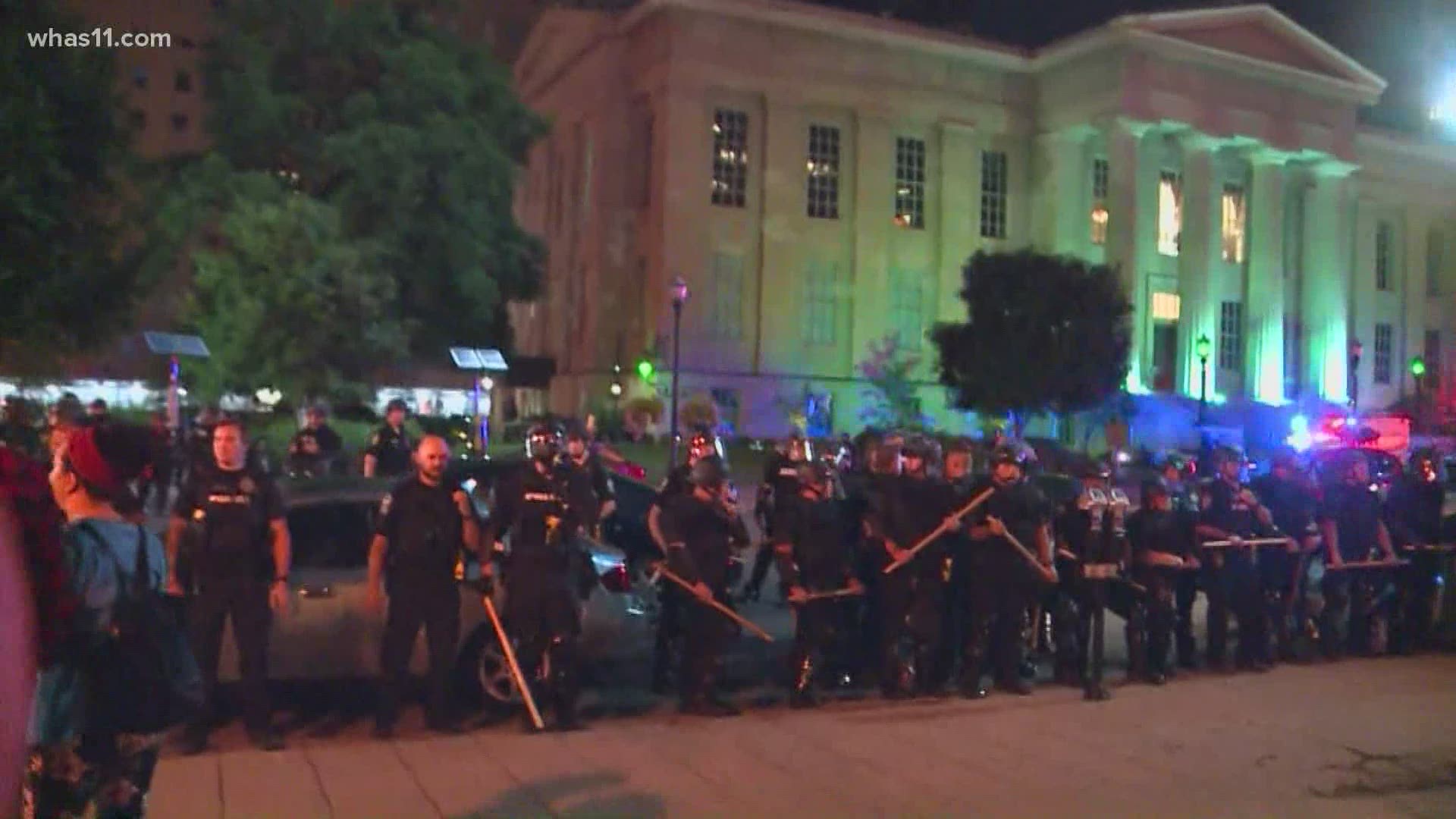 LOUISVILLE, Ky. — Black Lives Matter Louisville leader Chanelle Helm has been a part of several protests in the past. She said Thursday night's protest in downtown Louisville wasn't surprising.

That problem, according to Helm, is a broken system of policing that disproportionately hurts people of color. She said Thursday was simply the boiling point of that outrage and frustration in Louisville with the recent deaths of Breonna Taylor in Louisville and George Floyd in Minneapolis still fresh on the minds of the protestors who gathered downtown.

As an organizer, Helm said her goal is to help coordinate the protestors to get their message across clearly while also keeping people safe. While the plan is to have a peaceful protest, she said Thursday night was a cry for change from the community that has not felt like it has been heard.

"Everyone wants to have this notion of this utopian society that we always hear in the aftermath of these things," she said. "People aren't going to come together until folks understand the injustices that are provided by the state onto black and brown people."

Helm said she is working with other community leaders on a plan moving forward. She said Black Lives Matter Louisville is not organizing any of the Friday events.