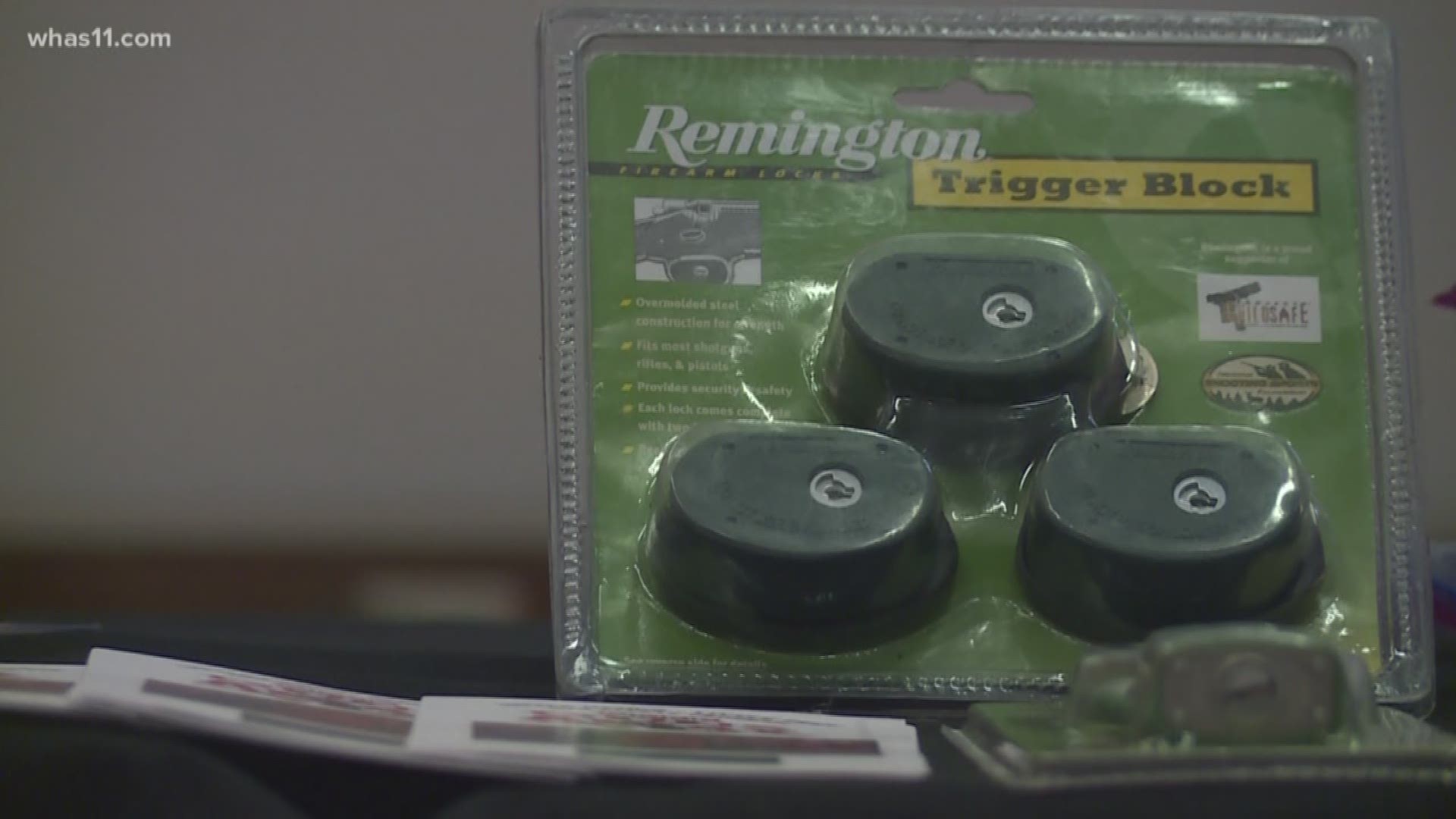 LOUISVILLE, Ky. — After two accidental shootings in one week, community leaders are reminding gun owners it is their responsibility to properly store their weapons.

"I believe we have to do more," Brown said.  "We have to think that this is not gonna go away soon. Practicing safe gun storage just makes sense."

Brown said leaders provide gun safety literature to parents, reviewing the responsibilities around owning and operating a gun. They also teach children what to do in case of shootings in their communities, including running in a zigzag and when to call police.

The organization has also focused on where to keep guns, warning that guns are not to be stored under a mattress or a couch where children can access them. The 14-year-old in Fern Creek who accidentally shot herself Wednesday night was grabbing a pillow in her living room when she shot herself with the gun hiding beneath it.

RELATED: 14-year-old girl in critical condition after accidentally shooting herself

Similarly, a seven-year-old girl was accidentally shot by an 11-year-old when they found a gun hiding under a bed. Little Hands, Little Feet said they teach children why guns should never been played with.

If you are interested in a free gun lock, you can contact Luther Brown by calling 502-290-7979, sending an e-mail to llbrownjr16@gmail.com or visit LittleHandsLittleFeetGunsafety.org

MORE: Child in critical but stable condition after accidental shooting