“For anyone whose lost a loved one, you know the “firsts” are always the hardest." 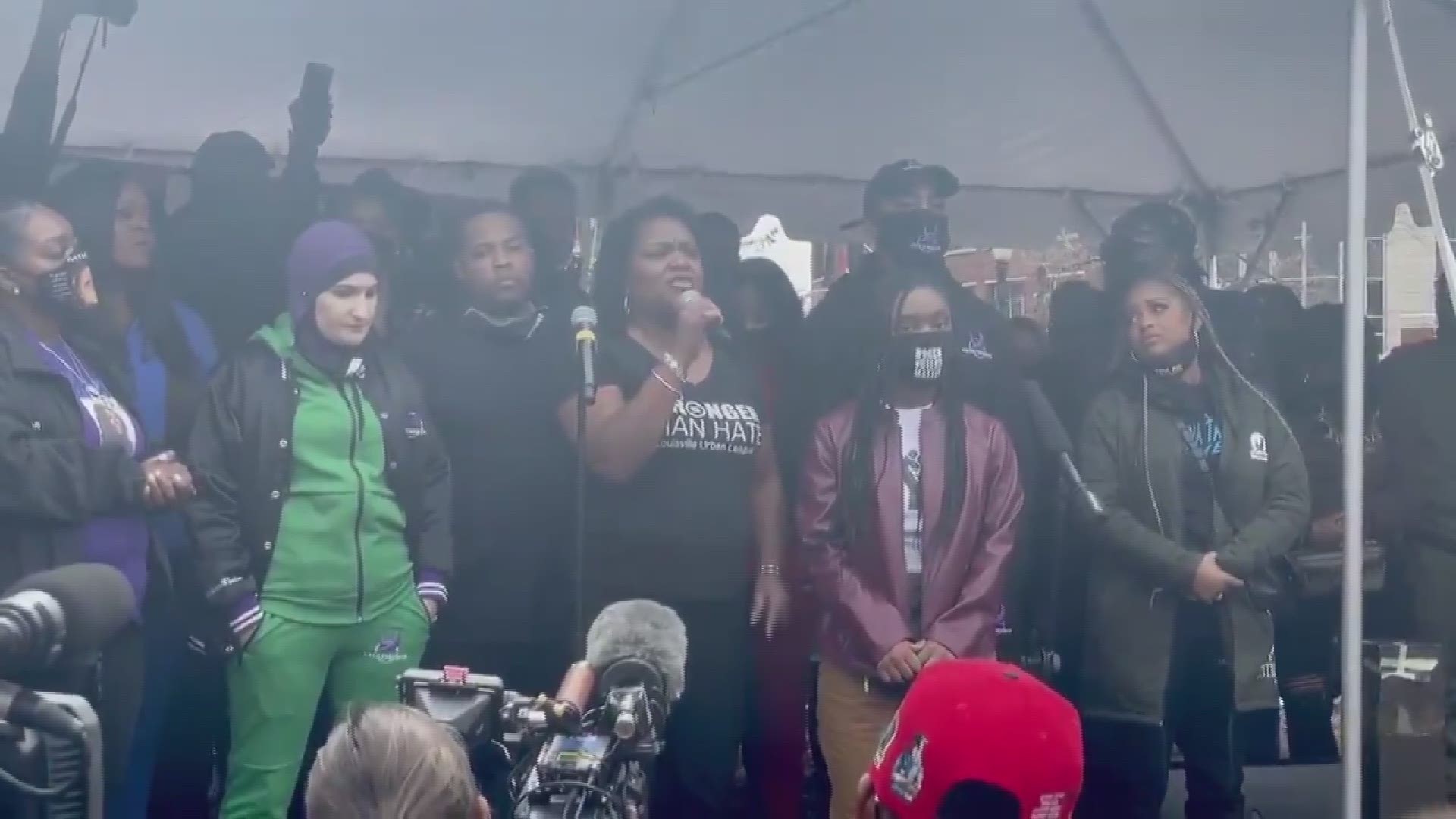 LOUISVILLE, Ky. — Oprah Winfrey is remembering Breonna Taylor one year after she was shot and killed by Louisville police.

The media mogul took to Instagram Saturday to reflect on the somber anniversary.

“For anyone whose lost a loved one, you know the “firsts” are always the hardest. The first holiday without them. The first birthday. The first anniversary of their death,” she said.

Oprah also discussed in the post how saying Breonna’s name went from family to a few voices and then from thousands to millions saying her name while raising awareness of her case, sparking a new social justice movement across the country.

Oprah and O Magazine put up 26 billboards across Louisville demanding officers be charged and arrested in Taylor’s killing.

Credit: AP
A billboard sponsored by O, The Oprah Magazine, is on display with with a photo of Breonna Taylor, Friday, Aug. 7, 2020 in Louisville, KY. Twenty-six billboards are going up across Louisville, demanding that the police officers involved in Taylor's death be arrested and charged. Taylor was shot multiple times March 13 when police officers burst into her Louisville apartment using a no-knock warrant during a narcotics investigation. No drugs were found. (AP Photo/Dylan T. Lovan)

The only person charged for their actions in the incident that night is ex-officer Brett Hankison. He is facing three counts of wanton endangerment for firing shots that went into a nearby apartment which endangered three people. He has pleaded not guilty and is expected to go on trial Aug. 31.

As activists and area community leaders gathered with hundreds for a rally downtown, Oprah said, “We will never forget. And loudly say her name today in honor of a life that deserved to be fully lived. BREONNA TAYLOR!"