One person was taken to SAMMC in critical condition with severe burns. 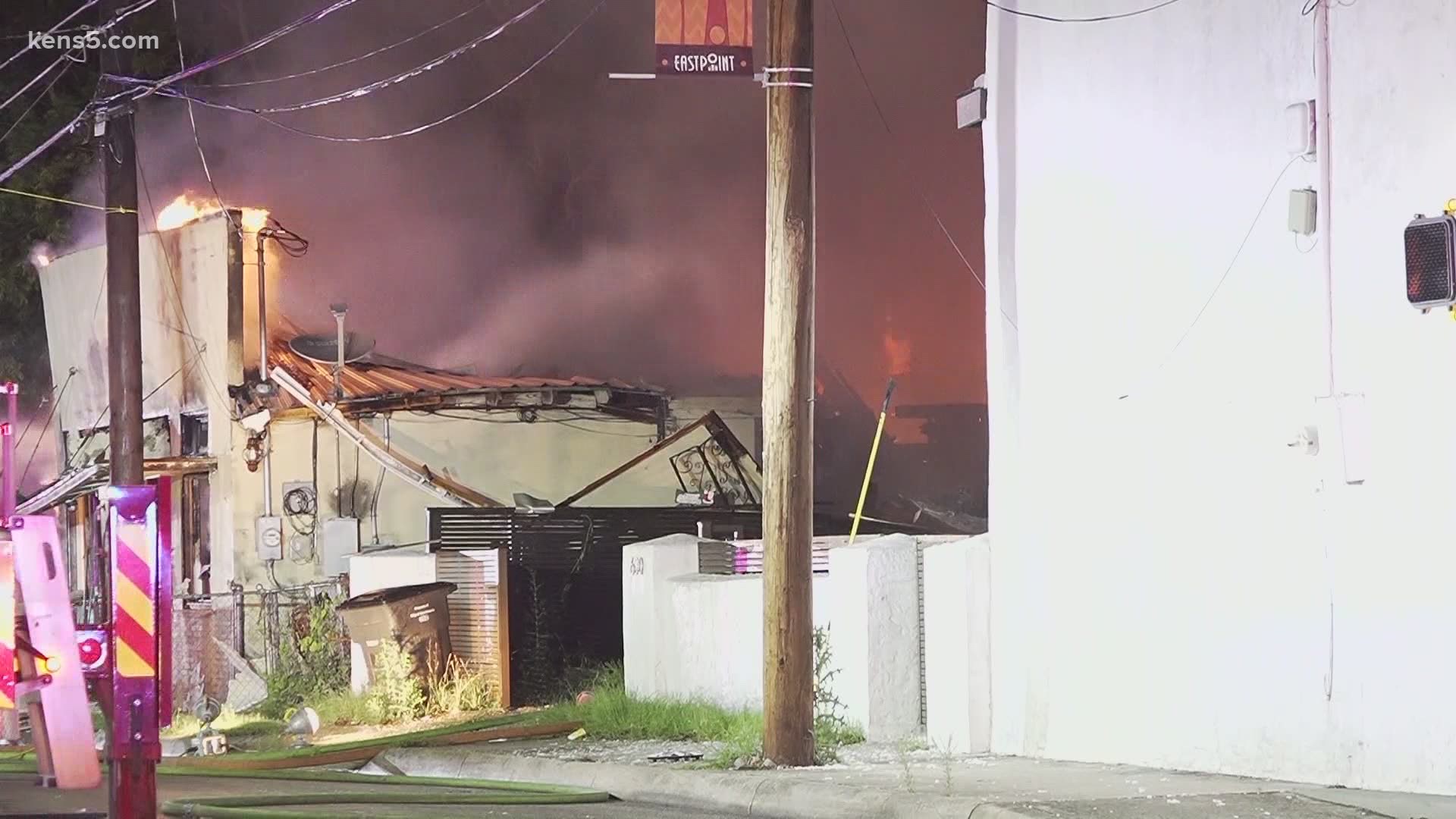 SAN ANTONIO — An immediate demolition job was ordered for the damaged remains of a home that exploded Saturday night in east San Antonio.

Fire investigators said the structure, near the corner of Walters and Martin Luther King Drive was so dangerous, they couldn’t fully extinguish the resulting fire until the structure was razed.

Heavy equipment arrived on scene just 12 hours after a blast, believed to be caused by a build up of natural gas, blasted the old wooden structure and shook neighbors out of their sleep.

Tyrone Oliver lives adjacent to the home.  His backyard is now littered with shattered lumber and broken glass, shrapnel that flew across his fence.

"It sounded like Call of Duty was outside my window last night," he said. "I had never seen anything like that before."

"It shook everything," Neighbor Deleesha Monroe said. "Things came off of the wall in my home."

Monroe said after the blast woke her up, she saw a small fire that spread quickly.

“I mean within less than five minutes it had just spread to the entire back side of the house,” Monroe said.

Oliver said he was concerned for the people who lived in the house, saying, “It was scary. Definitely scary.”

“I didn't think the people made it and then I came around the corner I noticed that the gentleman that lives there, he's burned up pretty bad,” Oliver said.

Merecka said he and Code Compliance personnel worked with a crew from CPS Energy to secure the site and get the demolition process in motion.

“We still have hot spots we can't access for safety reasons.  We're unable to complete extinguishment until we get equipment on scene,” Merecka said, adding “We have wall structures that are leaning in directions that we can't put crews in.

The fire commander said the ruins just had to go, and fast.

“It's just nails sticking up, fall hazards, trip hazards, you name it. It's a nightmare scenario to put people in and actually do hands on work,” Merecka said.

As crews worked quickly to make sure the area was safe, a woman who survived the blast returned to see if any of her personal property could be salvaged.
Family offered her comfort, and led her away when they realized nothing could be saved.

Family members said the woman's son, who is disabled, is burned over sixty percent of his body. He's being treated at SAMMC.

The victim's daughter says as a former Red Cross volunteer, she'll be reaching out to get help from the organization she has helped in the past.