The KRC is worried all of the RVs disturbed that cap and could be putting us in danger. 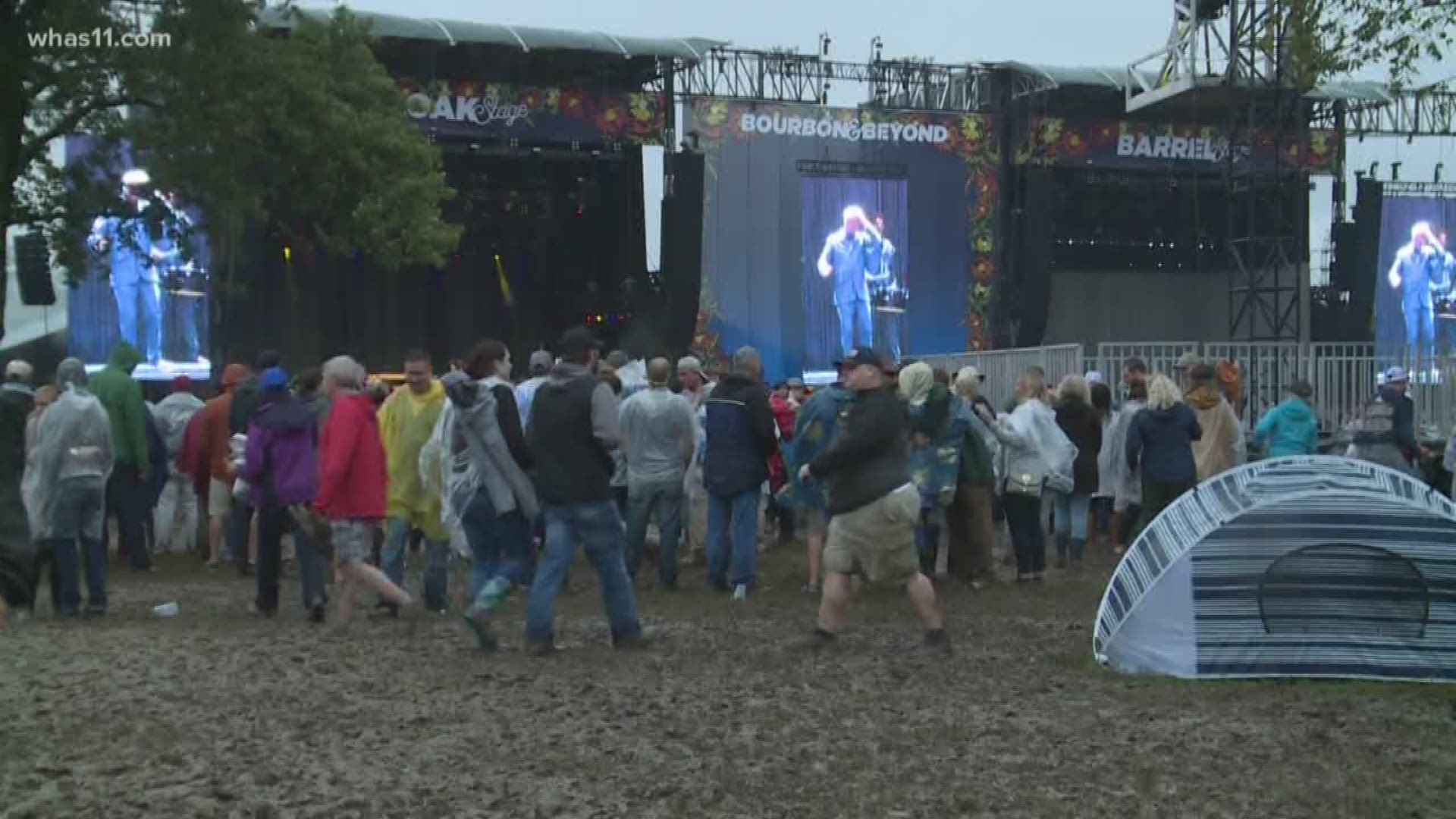 LOUISVILLE, Ky. (WHAS11) – There's no denying Champions Park is now a muddy mess after this recent round of rain, but there seems to be some debate about the lasting impact it will leave behind. The Kentucky Resources Council is concerned about possible dangers from an old landfill in the area, but the city said there's nothing to worry about.

Before it was Champions Park, part of this property was the old Edith Avenue landfill. It's now the soccer park and the same spot rows of RVs parked last weekend for Bourbon and Beyond. The Kentucky Resources Council said a cap of two feet of clean soil covers the toxic incinerator ash that's buried there.

“The Edith Avenue Landfill accepted primarily ash residue from the now-closed city municipal waste incinerator. The ash disposed of in the landfill was characteristically hazardous based on leach tests conducted since 1987 through 1991. When the city proposed to close the landfill, it proposed to place two feet of soil over the buried waste, to vegetate the soil, and to grade the property in order to promote runoff rather than infiltration of rainwater. In 1997, the city requested the state to renew the permit for the landfill and to allow a modification of the closure plan in order to allow a soccer complex on the site. Law Environmental submitted a detailed plan to the state, which proposed to immediately repair any erosion gullies, to maintain the vegetative cover, and to mitigate any "wear" patterns on the vegetative cover from the playing fields,” Kentucky Resources Council Director Tom FitzGerald said.

The KRC is worried all of the RVs disturbed that cap and could be putting us in danger.

"You're disturbing the vegetative cap that the city committed would be maintained, and you are damaging the integrity of the cap that was supposed to be kept in place,” FitzGerald said.

However, the city said there's another layer there to protect everyone.

"In order to not let anything escape, there has to be a heavy clay compacted where water won't penetrate that. It won't come up. It won't go through. There's absolutely no truth that any toxic waste is coming out of the ground. The cap was not penetrated, and we're all good there,” Director of Special Events for the Mayor's Office Marty Storch said. "I walked it this morning, and the clay cap has not been impacted. There's nothing coming out, and water is not going through. That's kind of why it was soft and mushy and vehicles had a tough time getting out."

The Kentucky Resources Council said it requested an inspection from the State Division of Waste Management, and it had a crew out there Tuesday. The council calls canceling the second half of Bourbon and Beyond and all of Louder Than Life “steps in the right direction.”

"The area needs to be restored. The vegetation needs to be replaced, and it needs to be managed in a way that is more consistent with the limitations on the site,” FitzGerald said.

Even with all of its recent challenges, the concerts' production company, Danny Wimmer Presents, said it's not going anywhere.

"We are so committed to Champions Park. It is just such an incredible property. We're determined to figure out what else we can do to make it work better, but we love that place,” Danny Wimmer Presents CEO Danny Hayes said.

The Kentucky Resources Council said it plans to meet with city officials soon to talk this all over and make sure it's worked out before the next event.