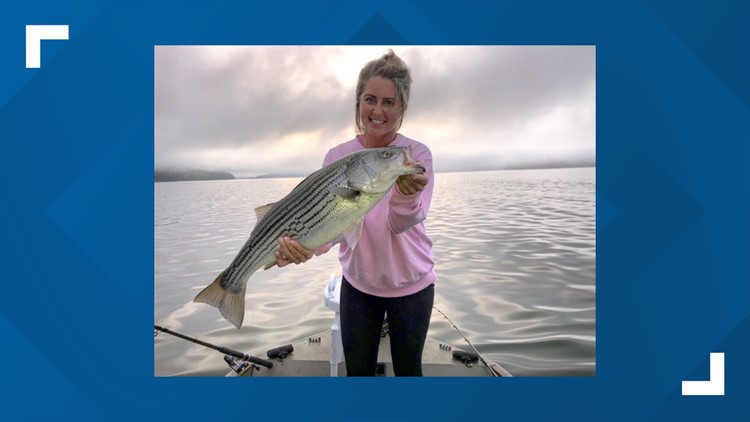 Photo by: Kentucky Dept. of Fish and Wildlife Reserve

JAMESTOWN, Ky. — Water conditions at Lake Cumberland are being monitored after officials say fish are starting to show signs of stress.

Biologists with the Kentucky Department of Fish and Wildlife Resources say it’s caused due to elevated water temperatures and depleted oxygen levels.

“We have been experiencing some shad and alewife die-offs in different parts of the lake the past few weeks, which is due to the continued high-water temperatures and deteriorating oxygen levels,” Marcy Anderson, Southeastern District fisheries biologist with Kentucky Fish and Wildlife, said in a statement. “The striped bass bite had been good up to this week, but now the fish are getting sluggish, which is a sign they are getting stressed due to poor water quality conditions.”

Lake Cumberland reaches depths of 200-feet and it allows the lake to support cool water species like the walleye and striped bass.

KFW says there could be a combination of factors that could deplete critical dissolved oxygen levels in the cooler water depths preferred by these types of fish.

They believe when heavy rainfall swelled Lake Cumberland to record levels early this year, discharges followed from Wolf Creek Dam. When the water is discharged, it’s pulled from the cooler depths of the lake.

“What we have in Lake Cumberland is not unique; it’s something you see in a lot of larger lakes,” Ron Brooks, Fisheries Division director with Kentucky Fish and Wildlife, said in a statement. “You have a normal thermocline below which you have cooler unoxygenated water. You go down another 40 feet and there is an additional oxygenated layer. That layer is where your walleye and your big stripers hang out. When the dissolved oxygen in that deeper layer disappears, we get fish kills.”

The striped bass and walleye become stressed when dissolved oxygen levels fall below 3 mg/L. They can survive at levels below 2 mg/L, but not for an extended time.

Other fish in Lake Cumberland like the smallmouth and largemouth bass, crappie and bluegill aren’t affected because they are more tolerant of warmer water.

They can’t do anything to bring oxygen down to the lower levels but hope that cooler temperatures to bring the surface temperatures down.