In a special meeting of the Government Oversight and Audit Committee, LMPD Chief Erika Shields explained why there was no paper trail in her demotion Aubrey Gregory. 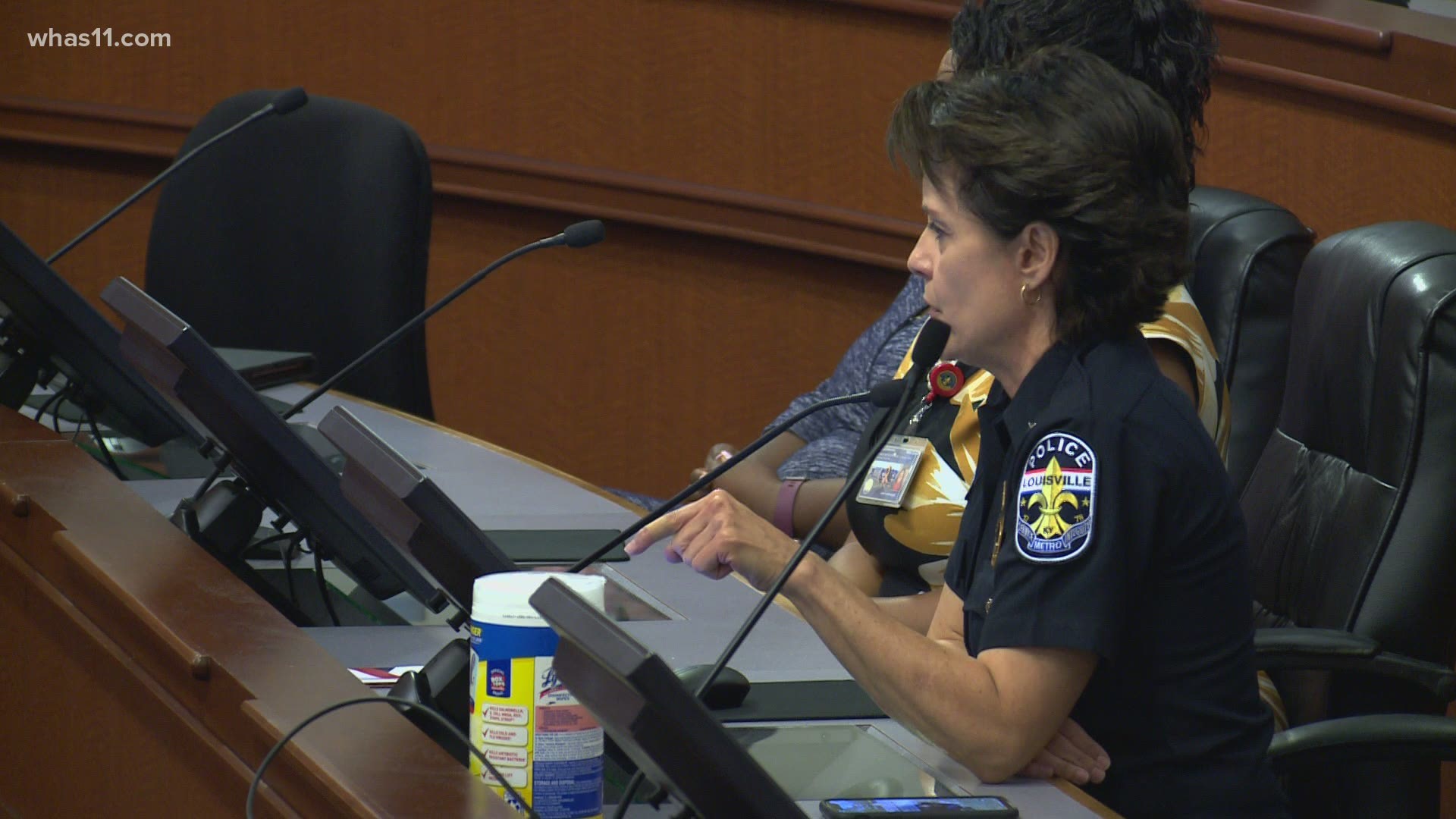 LOUISVILLE, Ky. — In a special meeting of the Government Oversight and Audit Committee Tuesday, LMPD Chief Erika Shields explained why there was no paper trail in her demotion of Aubrey Gregory.

Gregory was placed on administrative assignment and placed under investigation in May. At that time, LMPD spokesperson Dwight Mitchell said Gregory may have used "offensive, derogatory" language during a training session.

In June, Gregory was demoted from major to lieutenant.

On Tuesday, LMPD Chief Erika Shields said she demoted Gregory because he used a racial slur during training. Council President David James clarified that the term in question was the N-word.

"He was trying to say that if this term is being bandied around on a call, if the people in front of you are African American, they may not be offended by that. But, if you say it as a white person, it has a different meaning," Shields explained.

When Human Resources told Metro Council about the incident, several people in the room were concerned. It was brought to the chief's desk, she called Gregory to confirm it, and then she told him, "This is going to be a problem and at this point, I need you to stay home and let me work through this."

Then came the investigation, then the demotion, and now the Metro Council meeting. Members took issue with the lack of documentation and transparency in the process.

Shields argued the LMPD chief is not required to provide reasoning or proof when demoting an appointed officer, like Major Gregory.

Some council members said this could be a slippery slope, some congratulated Shields for her decisive action, and others pointed to a shortage of officers.

"We can't go around demoting good cops. we are trying so hard to get the good ones to stay on the force and get rid of the bad ones," District 7 Councilwoman Paula McCraney said.

Shields stood by her decision and indicated the meeting was unnecessary.

"If I want to hide behind some paper and say I am going to do an investigation and get back to you so that the public, the media has an accurate news story for a change, then I am not serving the best interest of this community or this police department," she said.

Meanwhile, Aubrey Gregory's attorney told WHAS11 his client plans to retire at the end of July.