Odd Fellows building's future up in the air, group pushes to protect historic structure from demolition

Metro Council's Planning and Zoning Committee is expected to discuss the building in a meeting Tuesday. 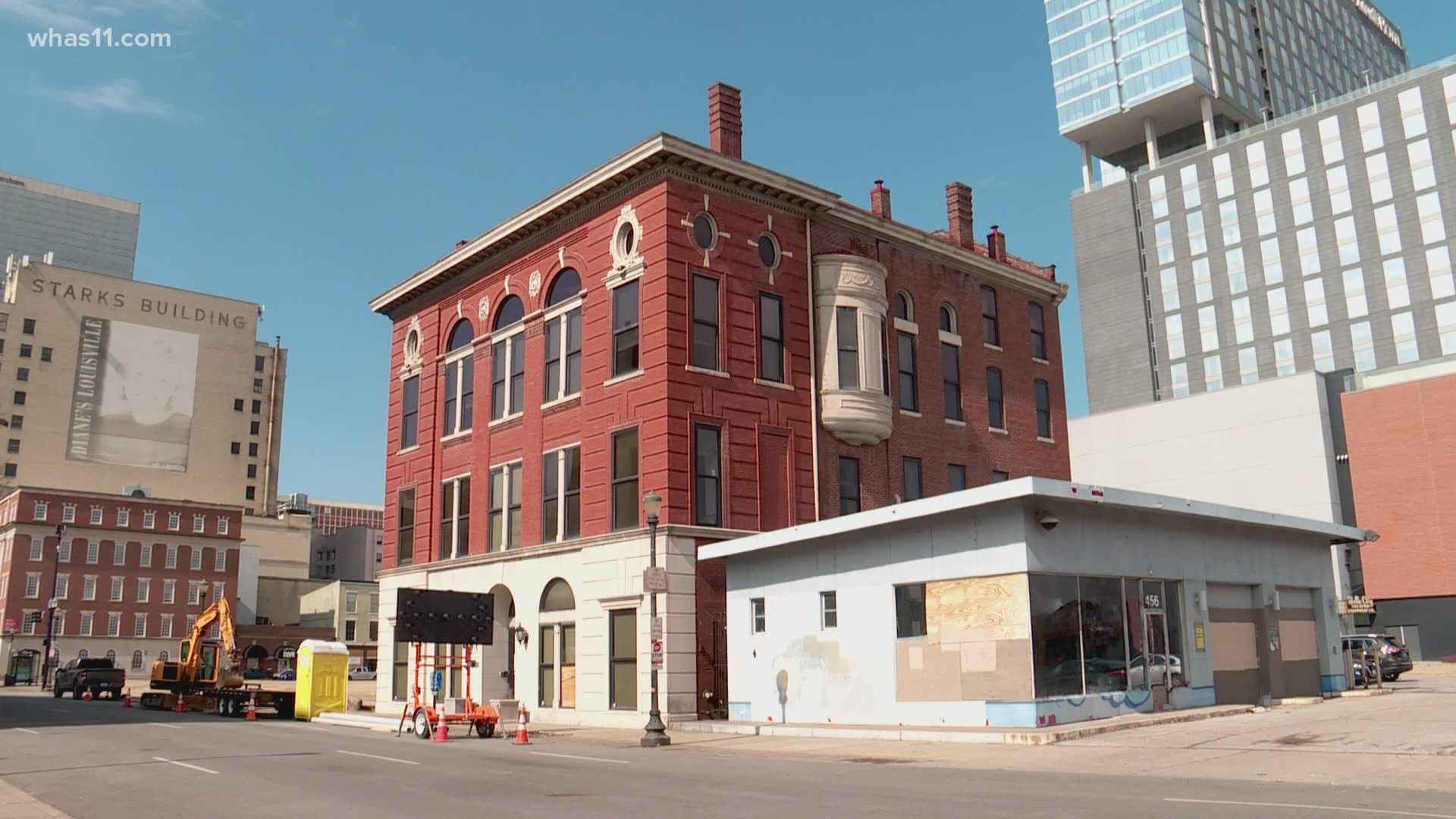 LOUISVILLE, Ky. — A 19th-century building in downtown Louisville once again finds its future up in the air as several citizens call on Metro leaders to protect it from the wrecking ball.

"We have beautiful buildings left - not as many as we used to have," Cherokee Triangle resident Deanna O'Daniel said. "I say let's preserve every one of them."

The Louisville Metro Council's Planning and Zoning Committee is expected to discuss the Odd Fellows Building at W Muhammad Ali Boulevard and S 2nd Street in its upcoming meeting Tuesday.

The building, built in the late 19th century, has been home to several different organizations during its long history, including the Odd Fellows group, Parking Authority of River City and most recently Omni Hotel, which set up its offices in the building during the construction of its downtown hotel.

Omni Hotel purchased the Odd Fellows Building in 2015, according to the Jefferson County PVA website, as part of its deal to buy the property where the hotel now sits. Omni Hotel requested the city demolish the building in 2019, citing old pipes that made the water unsafe for drinking.

The Landmarks Commission voted to recommend protecting the building, but with the Planning and Zoning Committee expected to discuss the property, some people are concerned they will not listen to the commission's recommendation.

"If this building comes down, and we're going to fight like the Dickens to make sure that does not happen, the Louisville citizens will be paying for the demolition and the removal of debris," Martina Kunnecke, the president of Neighborhood Planning & Preservation, said.

Aside from the cost to taxpayers, the people gathered outside the Odd Fellows Building Wednesday afternoon to call on Metro government to protect the building also touted the need to preserve historic buildings for both residents and visitors to the city.

"The top three reasons why visitors come to Louisville are museums, restaurants and historic buildings," Louisville Historical League President Steve Wiser said. "We do not need any more vacant lots in downtown Louisville."

"The Omni Louisville Hotel revitalized an underutilized city block of vacant and decaying buildings and created a dynamic, attractive destination connecting visitors to attractions, convention space and retail. The Odd Fellows building and attached garage are the lone remaining structures on that block. We expect Metro Council will consider the historic designation process and will also weigh Louisville Metro’s previous commitments for that block."