According to a joint statement from the NWSL and the NWSL Players Association, the game scheduled for Saturday, Nov. 20 will be played in Louisville. 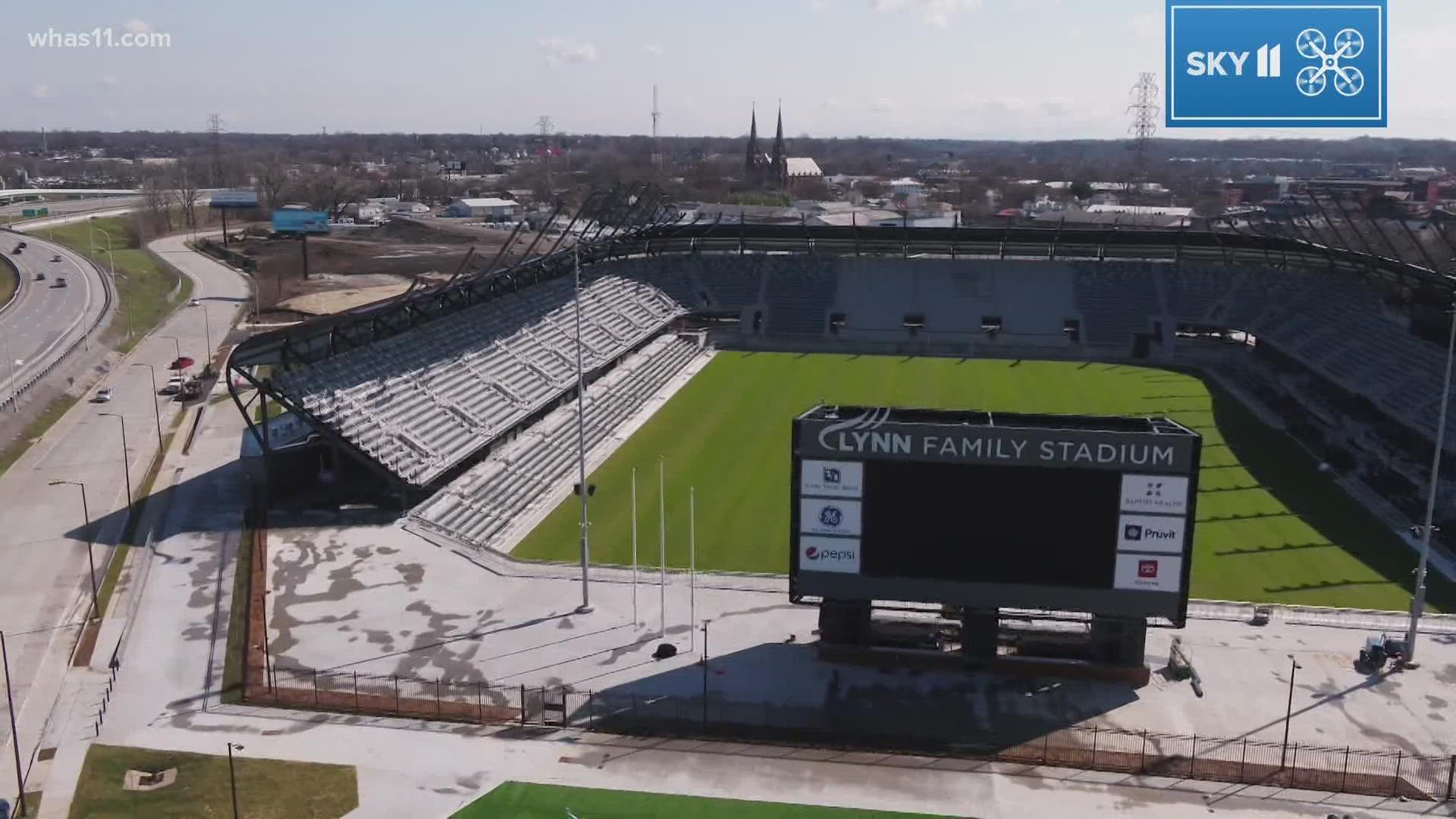 LOUISVILLE, Ky. — At the request of the players, the National Women's Soccer League (NWSL) Championship match will now be played in Louisville at Lynn Family Stadium.

The NWSL and the NWSL Players Association released a joint statement Wednesday about the change. The match was originally scheduled for Saturday, Nov. 20 in Portland, Oregon.

“It’s a massive opportunity for us to show the world what we’ve built here and show the world that Louisville puts on a world class event," Soccer Holdings president Brad Estes said Thursday.

The Athletic reported that the players were upset when the original location of the match was announced in September. With the time change, the match was set to start at 9 a.m. PST. Now that it has been moved to Louisville, kickoff will be at noon EST.

"We are all dedicated to rebuilding a league that protects and promotes the best athletes in the world and that is focused on the players, their health, and their safety," the NWSL said in the statement.

Estes said the new time will draw a lot of eyes to the city and to Lynn Family Stadium.

“At 12 p.m. on a Saturday right when college football is very hot," he said of the timing.

Officials expect a large tourism draw, but said it was too early to know exactly how much the game will impact the city.

"Louisville is certainly making big strides as a soccer-centric city and we are thrilled to welcome the NWSL Championship in November, just a few short months after successfully hosting The Women’s Cup in August." Louisville Tourism Executive Vice President Doug Bennett wrote in a statement to WHAS11. "We will have a better idea of the economic impact Louisville can expect in the coming weeks, but know we will certainly see positive traction for our city’s hotels, food and beverage outlets, transportation companies and other hospitality services ready to welcome these fans to town."

“They want to come to Louisville it talks about the facilities, how they run the program, the experience women have when they come to the community and it also speak to how our community can pivot and turn around and put on a world class event like this," he said.

The change comes just weeks after major shakeups at the NWSL after harassment allegations. Schmitt also hopes the game will help elevate women's soccer in the city and around the country.

“We are home to an NWSL team that is the best women’s soccer in the world and this is an opportunity for the community to embrace that," he said. “This is tremendous time in our country for girl's and women’s sports. Is there more work to do? You bet, but we should be very proud as a community too host this.”

The Championship will air live on TV and will be streamed on Paramount+.

The Players Association and NWSL are still working to come to an agreement after the Players Association released a set of demands last week. According to the joint statement, both parties have agreed to a five-day extension on the remaining items to finalize the details and keep the process moving forward.

Future statements will be released when a resolution is reached.