Nurses across the country are being attacked 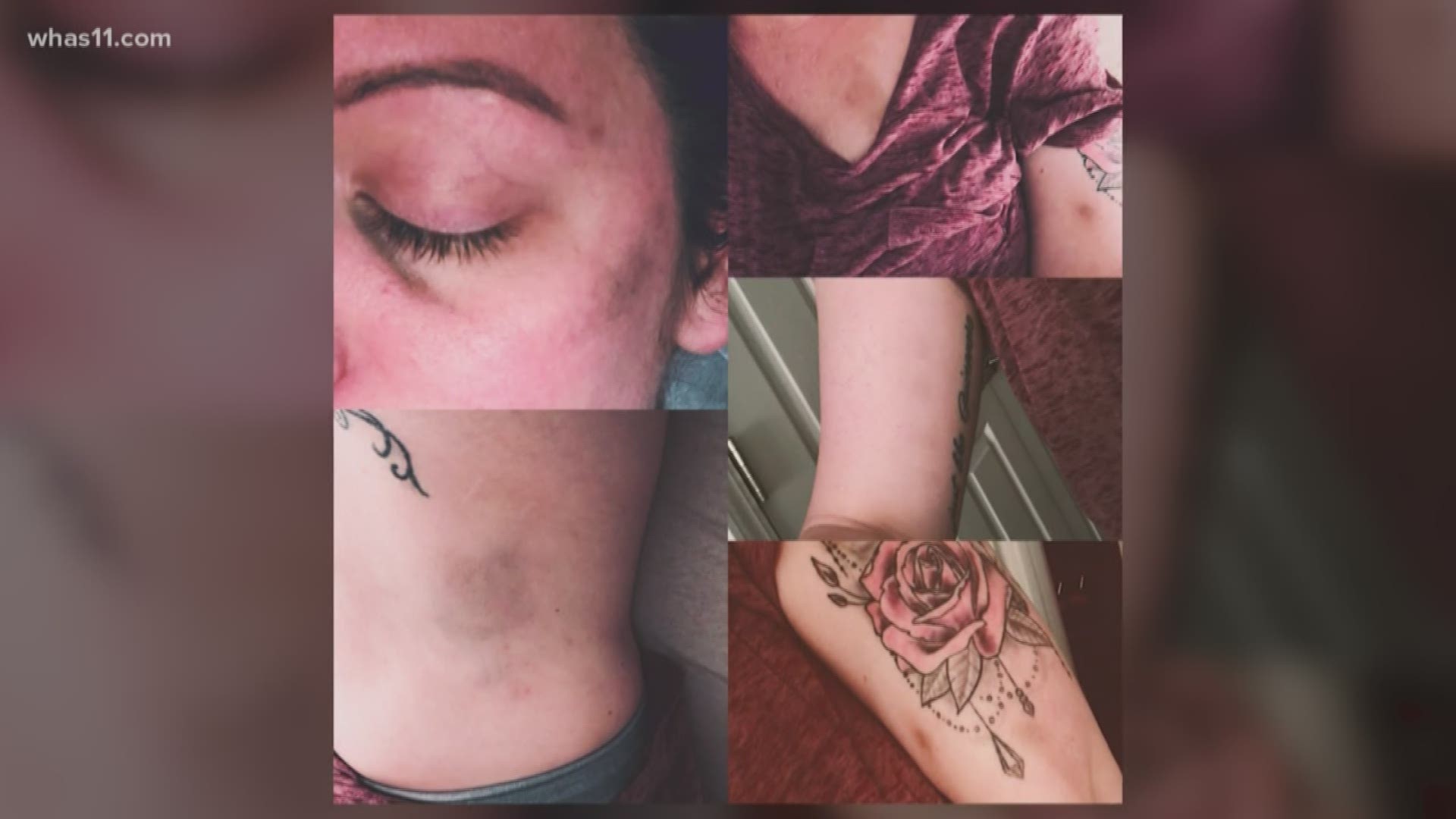 LOUISVILLE, Ky. — Across the country, and in Kentuckiana, nurses are breaking their silence. They are sharing their stories, showing their wounds and demanding safer workplaces.

During a months-long investigation, nurses and other health care workers spoke with FOCUS investigative reporter Paula Vasan about their experiences with violent patients. Vasan collected victims’ stories, 911 calls and photos of injuries.

“We are crying out for help,” said Lisa Lockhart, a nurse leader with CHI Saint Joseph Health. She has experienced violence firsthand, being choked with her stethoscope by a patient.

Dozens of nurses and other health care workers described being assaulted at their jobs. Many at nursing conferences around the state have cited the opioid crisis, understaffing and lack of support for complaints as some of the drivers behind the attacks.

“The frequency has probably doubled and tripled in the past couple of years,” said Karl Truman, a personal injury attorney in Kentucky and Indiana. He has represented multiple victims of these attacks.

In September, the Kentucky Nurses Association anonymously surveyed 177 nurses in the state about workplace violence. Seventy-two percent of respondents said workplace violence has increased over the past year. Twenty-six percent said they had never been instructed to report violence. Some revealed their employers even discouraged them from reporting.

“We come into this line of work because we’re compassionate, because we want to make a difference, and for such a long, long time it’s been part of our culture that being abused in some ways was just part of our job,” Lockhart said. “And it’s not part of our job. There’s no other job you’d have where it was acceptable to be hit, kicked, spit upon, cursed at, and it’s time for it to stop.”

Delanor Manson, executive director of the Kentucky Nurses Association, said their new survey shows a need for nurses to come forward more and report violence. She also said organizations need a process that encourages nurses to report attacks against them and provides resources for them to recover and return to caring for patients. “Nurses want help, and nurses want to help other nurses,” Manson explained. “If I know that there’s a problem and I don’t say anything about it then I’m part of the problem. But if I do say something then I get to be a part of the solution.”

She said the Kentucky Nurses Association’s survey showed workplace violence in health care is often underreported due to barriers to nurses coming forward. Many nurses, for example, fear their jobs may be threatened if they speak up.

According to the federal Occupational Safety and Health Administration (OSHA), incidents of serious workplace violence are four times more common in health care than in private industry. While the federal administration has outlined standards and guidelines to prevent workplace violence, they are not legally binding. In other words, there are currently no federal rules requiring employers to have violence prevention programs to protect health care workers. Though many states have passed their own laws, Kentucky and Indiana have not, leaving it up to employers to protect their workers.

“The problem with relying on OSHA ‘guidance and procedures’ is that they are not mandatory,” said Eleanor Godfrey, Director of Health and Safety at National Nurses United, the nation's largest labor union for registered nurses. “It’s not the same thing as passing legislation and having a regulation that mandates health care employers must have a comprehensive workplace violence prevention plan, developed with input from the health care workers themselves, with mandatory reporting.”

According to Godfrey, OSHA agrees that a federal OSHA standard is necessary and granted NNU’s petition for a federal workplace violence prevention standard in 2017.

“But work on this federal standard has stalled since then. That’s why the federal bill is needed—to prompt timely action by OSHA to protect nurses and other health care workers in every state,” Godfrey said.

On the local level, Kentucky State Senator John Schickel has backed legislation to give health care workers more protection. In 2012, SB 58 made it easier for police to take someone into custody, applying only to hospital emergency rooms in the state. In 2017, SB 42 expended that law to allow arrests when someone is assaulted on hospital property.

“I think it’s also important that people realize that if you do these things to people, you’re going to get hammered,” Schickel said.

One Kentucky hospital told the FOCUS team they took employee safety into their own hands after a violent incident two years ago.

“Who would have thought someone would have put a phone in a sock and tried to use it, you know, to hurt someone?” said Lynne Warner Lynn, chief nursing officer of Ephraim McDowell Regional Medical Center in Danville.

Since then, Lynn said they have educated staff about reporting violence and implemented several safety measures. Panic buttons have been installed around the building, more lighting was added outside, and security guards armed with tasers are stationed near the entrance. For patients who may be violent, stickers outside their rooms and internal documentation labeled ‘VR’ for “violent risk” serve as warnings. Safety huddles are now a morning routine.

We contacted some of the biggest health care systems in Kentucky and Indiana about some of the ways they’re responding to violence against nurses and other health care workers.

Baptist Health said employees can report to their supervisors and security, and can also report anonymously on a 24-hour compliance line or through incident reports.

CHI Saint Joseph Health told us that last year, they launched a committee to improve responses to violence and increase situational awareness.

UK Healthcare said all employees are encouraged to download a “Live Safe” app to report suspicious activity and call for emergency help. They have also implemented a policy where security guards or patient safety technicians monitor patients one-on-one when they are at risk of hurting themselves or others.

Med Center Health One said they recently implemented an “Aggression Response Team,” or ART. The ART team is comprised of multidisciplinary staff who respond to all acts of aggression, both verbal and physical.