Nucor investment will bring billions, but local grain elevator will close to make way and that could cost farmers. 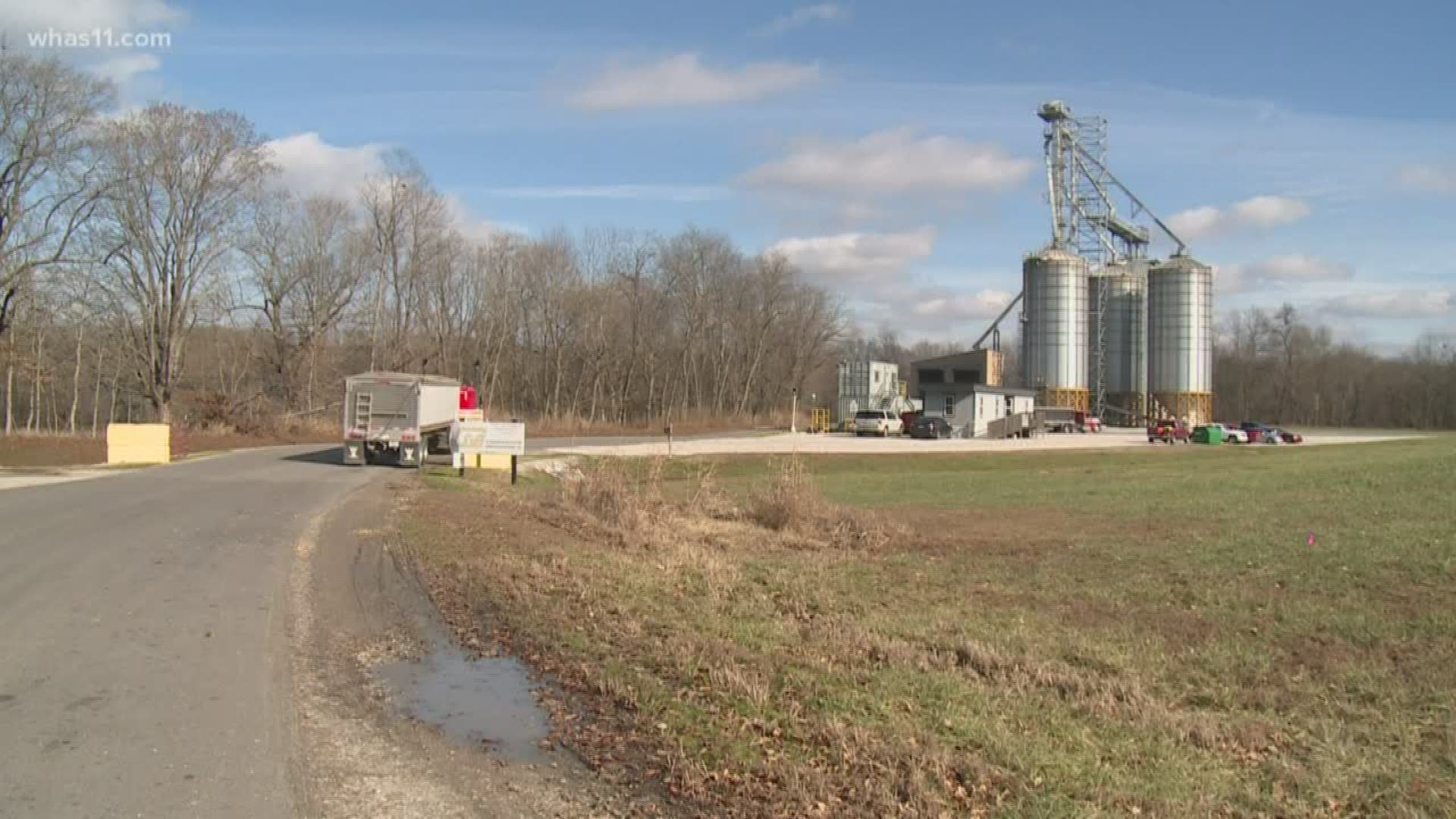 MEADE COUNTY, Ky. — It's a huge investment for Meade County and while farmers say that they are grateful for the new jobs coming to their community, they're worried about the price they're going to pay for progress.

Semis march into the Consolidated Grain and Barge Company elevator all day.

"It'll be a big deal if we lose it”, said farmer, Andrew Edge.

Kentucky officials and farmers say that CGB announced they will close the Brandenburg elevator on January 31st. CGB officials did not return our request for comment. Nucor Steel purchased the property for its $1.3Billion development that will bring hundreds of jobs.

While that is one win for this community, it has farmers fearing tens of thousands in losses for each of them because the next nearest grain elevators are in Jeffersonville or Owensboro.

“It's going to be a pretty big deal”, said Edge. “We're traveling 12 and a half miles and we'll change it to either forty-five miles to Jeffersonville or ninety miles to Owensboro.”

Straney expects the elevator’s closing to cost him about $50,000 more per year.

Sean Southard, Communications Director for the Kentucky Department of Agriculture, released a statement:  “KDA leadership is aware of the situation in Meade County and playing an active role in trying to find a solution. The Ohio River is one of the greatest resources for Kentucky producers. Our farmers need easy access to the river to export agricultural products across the nation and the world. While KDA does not have any authority over this matter, we are working with the cabinet for economic development to see how we can find a temporary or permanent solution to this issue.”

Kentucky Economic Development Cabinet Commissioner Erran Persley faced frustrated farmers at a county meeting last month. He thinks that there will be a “Plan A” or “Plan B” announced by mid-January.

“So, we are in discussions right now locally”, explained Commissioner Persley. “There are discussions with various grain storage or grain elevator companies. I have been working directly with CGB to try to come up with a solution."

But Commissioner Persley is a political appointee and next week Kentucky will have a new governor. That means he could soon be out of a job. Still, he said he has a commitment to finding a solution for the farmers.

"It will not impact my commitment to making sure that we find a solution for this whether I be at the Cabinet or outside of the Cabinet as a private citizen volunteering to support this effort”, he said. “And the team, they know the importance and the urgency of this project and so whether I'm here or not, the work of the cabinet in this area will go on and move forward.”

But few involved think any plan can be ready in time for next summer which leads farmers to wonder just how long of a haul they're going to face to get a financially friendly port closer to home.