According to an event page for Monday's gathering in Raleigh, people also want Robinson to publicly apologize for his comments. 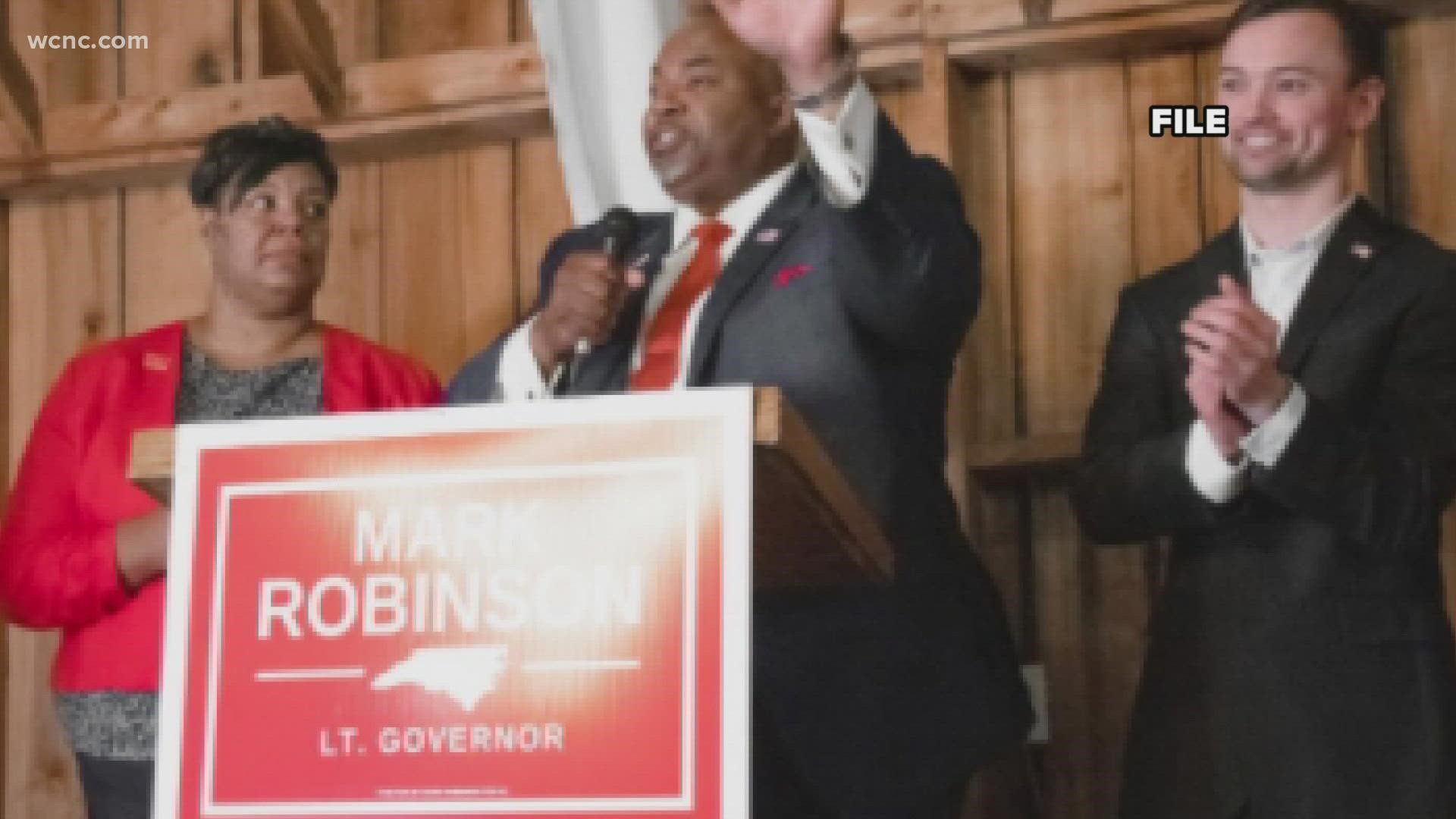 Rev. Vance Haywood with St. John’s Metropolitan Community Church in Raleigh was with faith and community leaders in front of Robinson's office on Monday, Oct. 11, to respond to the video that was captured back in June from Asbury Baptist Church in Seagrove.

Haywood told WCNC Charlotte on Monday his church, along with other churches and faith-based leaders across the state, sent letters to Robinson asking for a meeting on Friday, Oct. 8.

RELATED: 'I will not back down': Lt. Gov. Robinson defends comment calling homosexuality 'filth'

“During the remarks the lieutenant governor was giving, he said, ‘If you don’t like it, come, and see me and let's talk about it,’” Haywood said. “We took him up on that offer, simply saying we want to talk more about this. Our hope is that is we can allow impacted people, the people these comments hurt, [to] have a chance to talk to the lieutenant governor. We simply want him to be able to hear from people how his words hurt and the impact it has on people across the nation, across the world, but specifically, the North Carolinians that he is elected to represent.”

According to a portion of the open letter sent to Robinson, Haywood and others say Robinson has “an opportunity to make right the wrong and harm you have done, and we would like to help you.”

Rev. Dawn Flynn is one of the religious members to sign the letter. She is the senior pastor of New Life MCC in Gastonia.

In the interview with WCNC Charlotte, Haywood said the goal is to have a sit-down discussion with Robinson to talk about how the comments could be hurtful to people.

“Today is ‘National Coming Out Day,’ we’re celebrating many things today, but ‘National Coming Out Day,’ is one of those,” Haywood said. “It is especially important to hear that message today. To say we as faith leaders, stand up for LGBTQ people. Me, as a gay clergy member... a person of faith, deep faith, to say this is not the Christianity of Christ that we’re called to represent.”

Haywood said at least 18 denominations and faith groups are part of the North Carolina Council of Church are pushing for the meeting with Robinson. He said all the metropolitan community churches in the state are also in support of their initiative.

“We got countless numbers of individual communities, but at least 18 Christian denominations that are represented in the Council of Churches,” Haywood said.

Robinson said in a video posted over the weekend that he wasn't speaking in his official capacity when he was at the church, only as a person holding onto his religious beliefs

“We as all leaders need to be reminded of the impact our words have and how that can impact people,” Haywood said. “As leaders, wherever we go, we are still speaking in the capacity of the offices we are elected to, or that we hold. I don’t get to take my clergy collar off and go down the street and say one thing, then come back and preach about something else. The Lt. Governor does not have the ability, nor the authority, to say ‘I’m not speaking on behalf of the office of the lieutenant governor' when he goes somewhere to talk.”

As on Monday, Haywood said he has not heard from Robinson’s office.

According to an event page for Monday's gathering in Raleigh, people also want Robinson to publicly apologize for his comments.

The religious leader also had a message to the LGBTQ community that was impacted by the words.

“I want the queer community to hear very clearly, this is not rooted in God,” Haywood said. “It is not rooted in Christianity. We are worthy. We are not filth. We are created in the very image of God. God loves us just as we are because he created us as we are. Where you hear stuff like this (comments made by Robinson), know it's coming from a place of maybe hurt, maybe a place of power grab, but it certainly isn’t coming as a message from God. It is theological malpractice, and it is heresy.”

WCNC Charlotte reached out to Robinson’s office via email but did not hear back as of Monday night.

A demonstration is also tentatively scheduled for Friday in Raleigh.