The committee chairman said none of the allegations made against the governor nor the attorney general rise to the level of impeachable offenses. 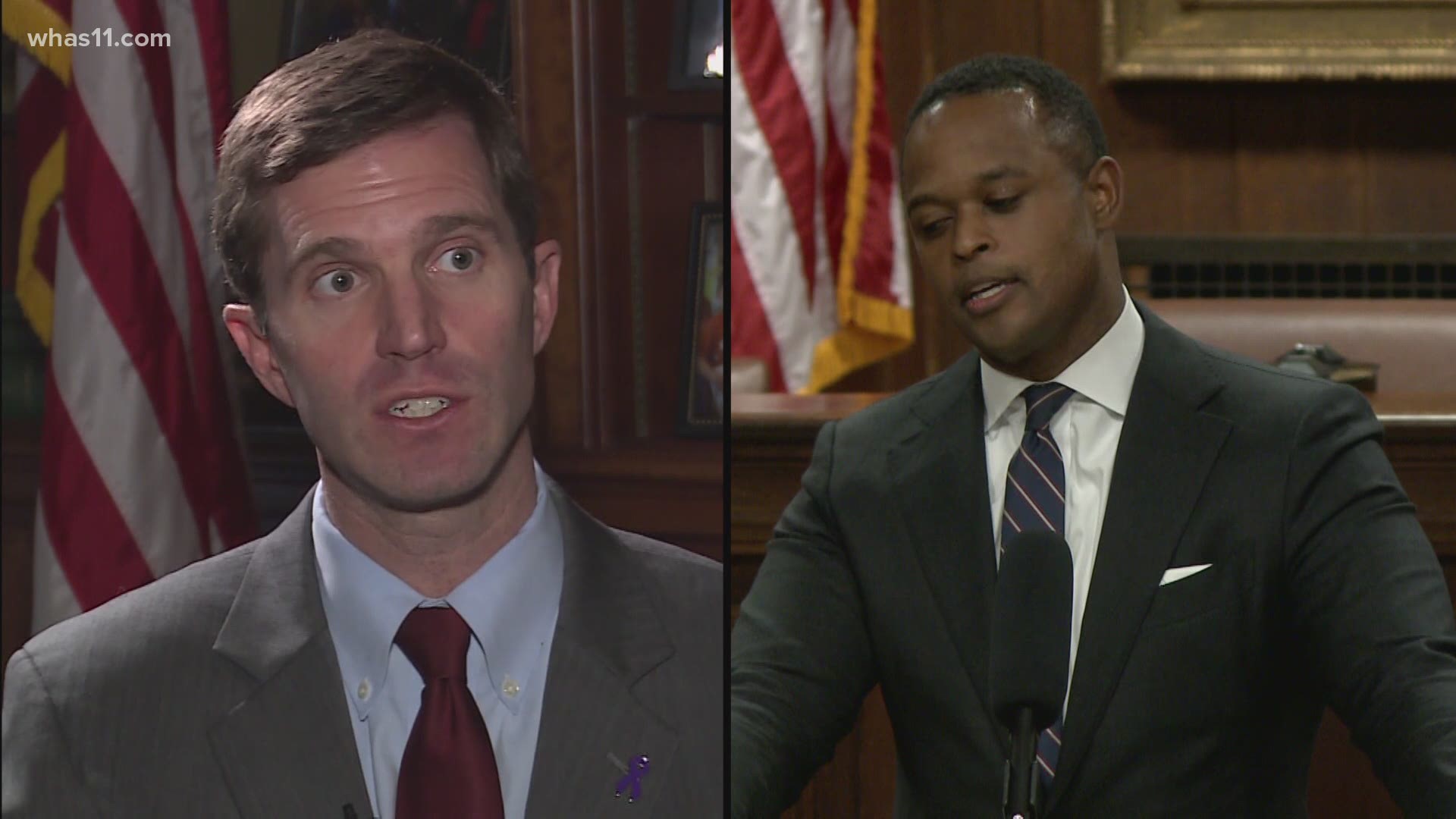 FRANKFORT, Ky. — A Kentucky legislative panel recommended Tuesday night that no further action be taken on impeachment petitions filed by citizens against the governor and the attorney general.

The bipartisan committee’s decisions came after a long meeting behind closed doors.

Republican Rep. Jason Nemes, the committee chairman, said the panel’s reports and recommendations that no further action be taken against Democratic Gov. Andy Beshear and Republican Attorney General Daniel Cameron will be submitted to the GOP-led House.

“The committee has found that none of the allegations made against the governor nor the attorney general rise to the level of impeachable offenses,” Nemes told reporters afterward.

The remaining petition against Beshear, filed by a handful of Kentuckians, called for the governor’s impeachment for his actions to combat the spread of COVID-19 in Kentucky.

Beshear has said there are “zero grounds” for his removal and that his COVID-19 orders have saved lives. He portrayed the petitioners seeking his ouster as anti-government extremists.

Kentucky’s Supreme Court ruled last year that the governor had the authority to put restrictions on businesses and individuals to try to contain the coronavirus.

The House Impeachment Committee held a series of meetings, mostly behind closed doors, to review the citizen’s petitions. The panel consists of four Republicans and three Democrats.

The petition against Cameron included three grand jurors who criticized his handling of the investigation into Breonna Taylor’s shooting death by police last year. One officer was charged for allegedly firing into an adjacent apartment, but the three grand jurors said prosecutors never gave them the option to consider charges against the officers who fatally shot Taylor.

The petition alleged Cameron breached public trust and failed to comply with his duties in his handling of the Taylor case and then misrepresented the grand jury’s work to the public.

Cameron has stood by his investigation into the Black woman’s death, which fueled protests over racial injustice. He says his team followed the law and presented a thorough case to the grand jury, adding that the petition against him was “so lacking in legal and factual support” it should be dismissed.