Grandmaster Jay said protesters were not supposed to be near them at Churchill Downs, something WHAS11 News hasn’t heard from Metro Police. 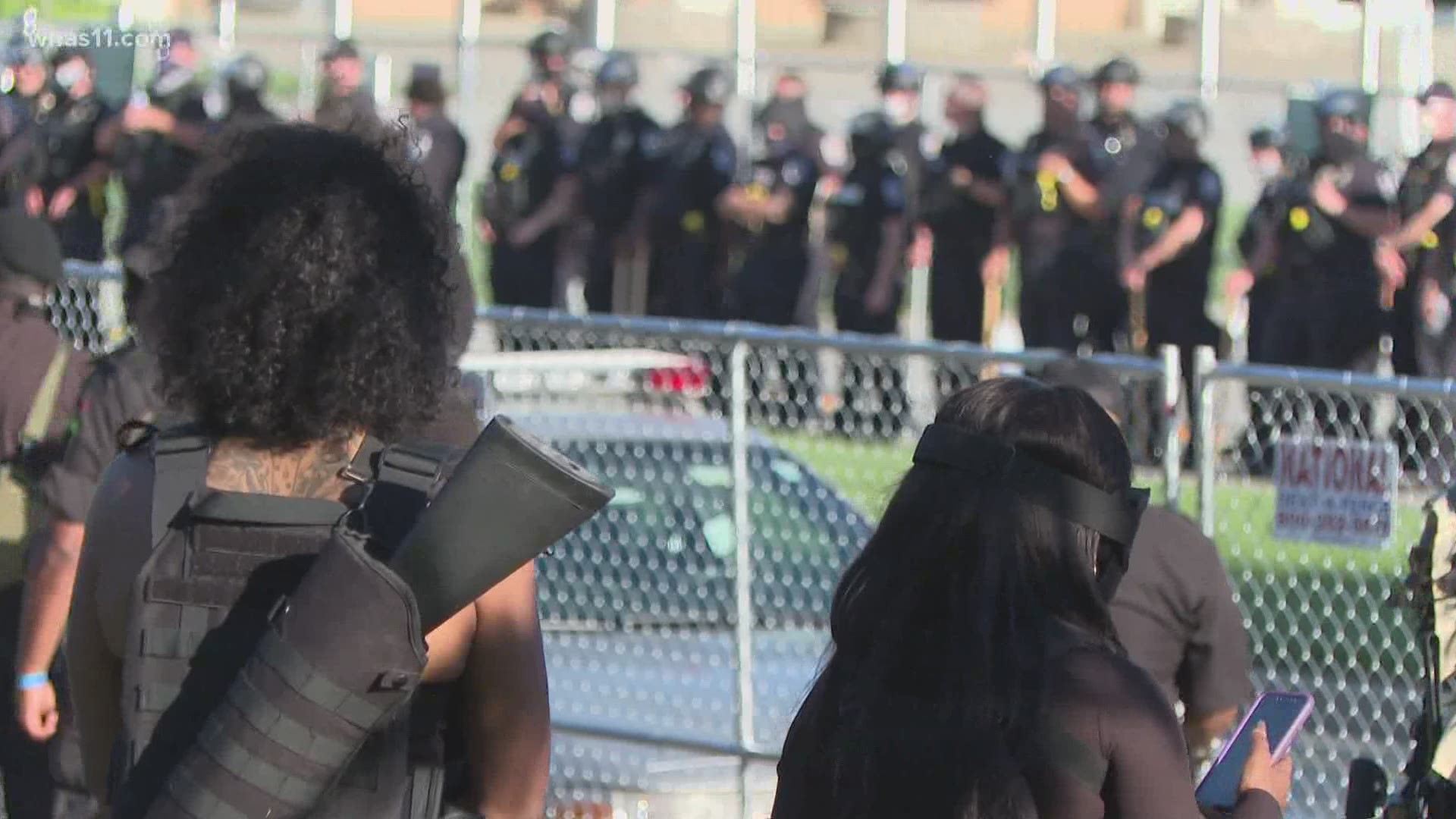 LOUISVILLE, Ky. — It was a march to Churchill Downs and a message to Metro Police.

The NFAC (Not F****** Around Coalition) is back in Louisville five weeks later, on Derby day, urging police to use force from across the fence, but their plans at the track abruptly ended before the race.

“And one of our concerns was we will not allow the NFAC to be sandwiched between protesters and the police.”

“If we show up without any announcement, that’s like invading force,” he said.

Grandmaster Jay said protesters were not supposed to be near them at Churchill Downs, something WHAS11 News hasn’t heard from Metro Police.

“So when I saw that happening, somebody changed the game plan so I pulled my coalition out."

The group left and made their way back to GG Moore Park where their march started.

“That is dangerous, and a bunch of innocent people could get killed,” Grandmaster Jay said.

Five weeks ago, the NFAC was in town and made a promise that they would come back and burn this city down if there was not justice for Breonna Taylor.

"All yall thought we would show up with torches and burn the joint down, that was figurative. It meant that we would burn down something and we burned down wallets," he said.

During a weekend that usually brings hundreds of millions of dollars into Louisville, Grand Master J says they accomplished their goals by preventing that from happening.