A new proposal would give JCPS middle school and high school students a choice to attend a school closer to home or outside of their neighborhood. 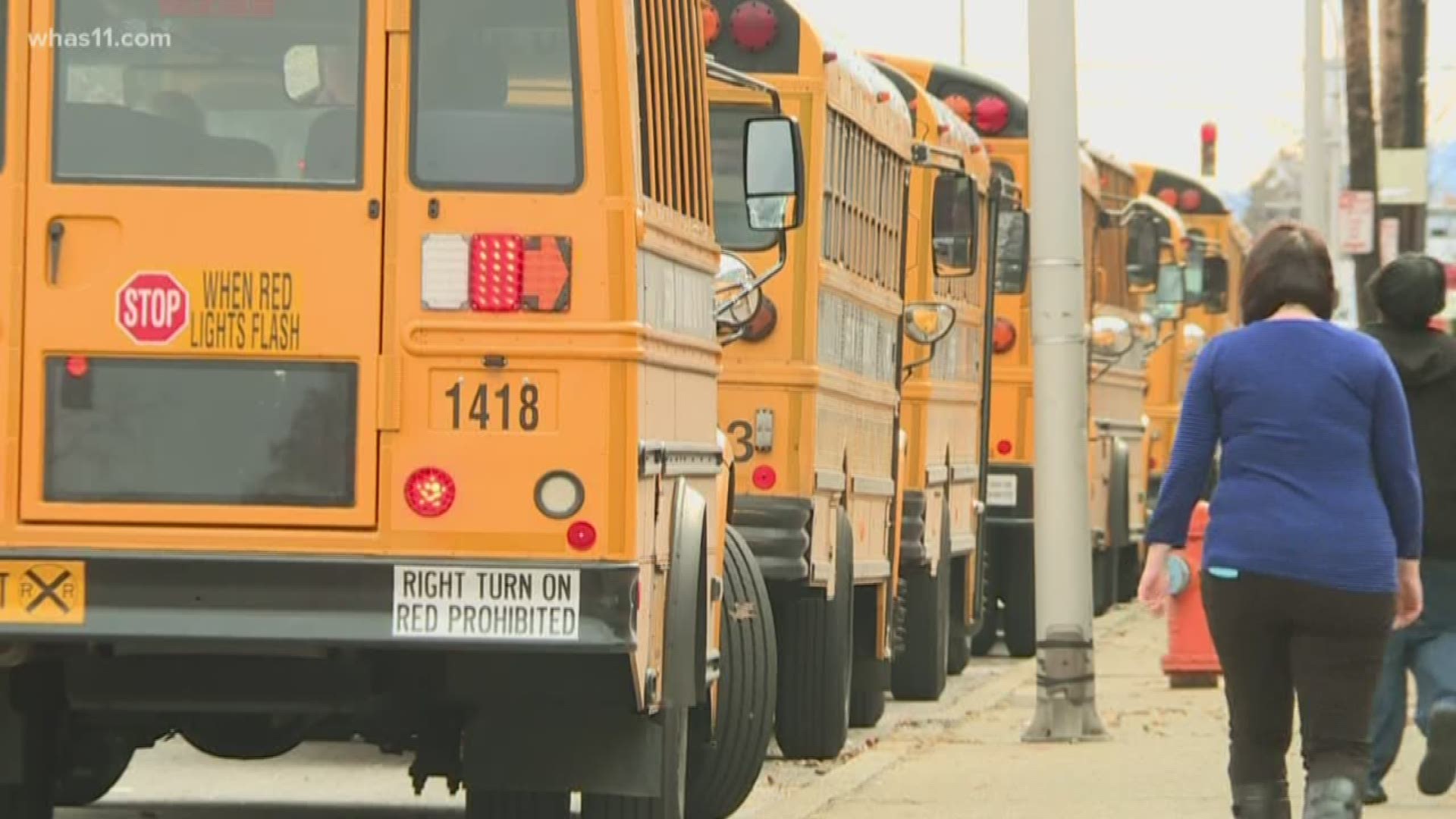 LOUISVILLE, Ky. — A new proposal would give middle school and high school students in Jefferson County Public Schools a choice to attend a school closer to home or outside of their neighborhood.

The Student Assignments Advisory committee discussed the proposed 'dual-reside option' during a meeting on Tuesday.

The plan would primarily help families living in the west end of Louisville like JCPS parent, Roxanne Barnett who has a son in the 8th grade at Crosby Middle School.

Barnett said every morning her son has to walk 20 minutes in order to catch his bus to school.

Coming back home is another long commute and makes it challenging for Barnett's son to get involved in after school activities.

"Sometimes he feels like he don't have time to do what he really wants to do," Barnett said. "He likes to play basketball so he just goes to the park and plays."

Chief Communications and Community Officer for JCPS, Renee Murphy said currently more than 6,000 students – most living in west Louisville – do not have the option of picking their school.

"We believe in choice and we want families to have options so one of the biggest things is talking about equity as we look at what is currently in place," Murphy said. "That's one of the things that the committee took through what's known as the REAP which is our Racial Equity Analysis Protocol."

If the proposal gets approved Barnett said she plans to take advantage.

"I think it'll be perfect because there wouldn't be so much problems with the parents getting out and going to work," Barnett said.

The advisory committee will present the proposal to the School Board in January.

If more students choose to go to school in their neighborhood, JCPS would likely have to build new facilities.

"Right now the way that we are currently structured and the buildings that currently exist we'd have to have a discussion about adding a middle school in the west end to move forward with this," Murphy said.

JCPS hired a consultant who will study the proposal to look at its impact in other school districts across the country.

Parents and community members are invited to share their thoughts at a public meeting on December 9 at 6:30 p.m. at the Louisville Urban League on West Broadway. Parents could also share feedback through a Google form on JCPS website.