New nonprofit to give voice to those impacted by violence

A group of violence survivors gathered Sunday afternoon at the Chestnut YMCA to share stories of how their lives have been impacted by tragedy. 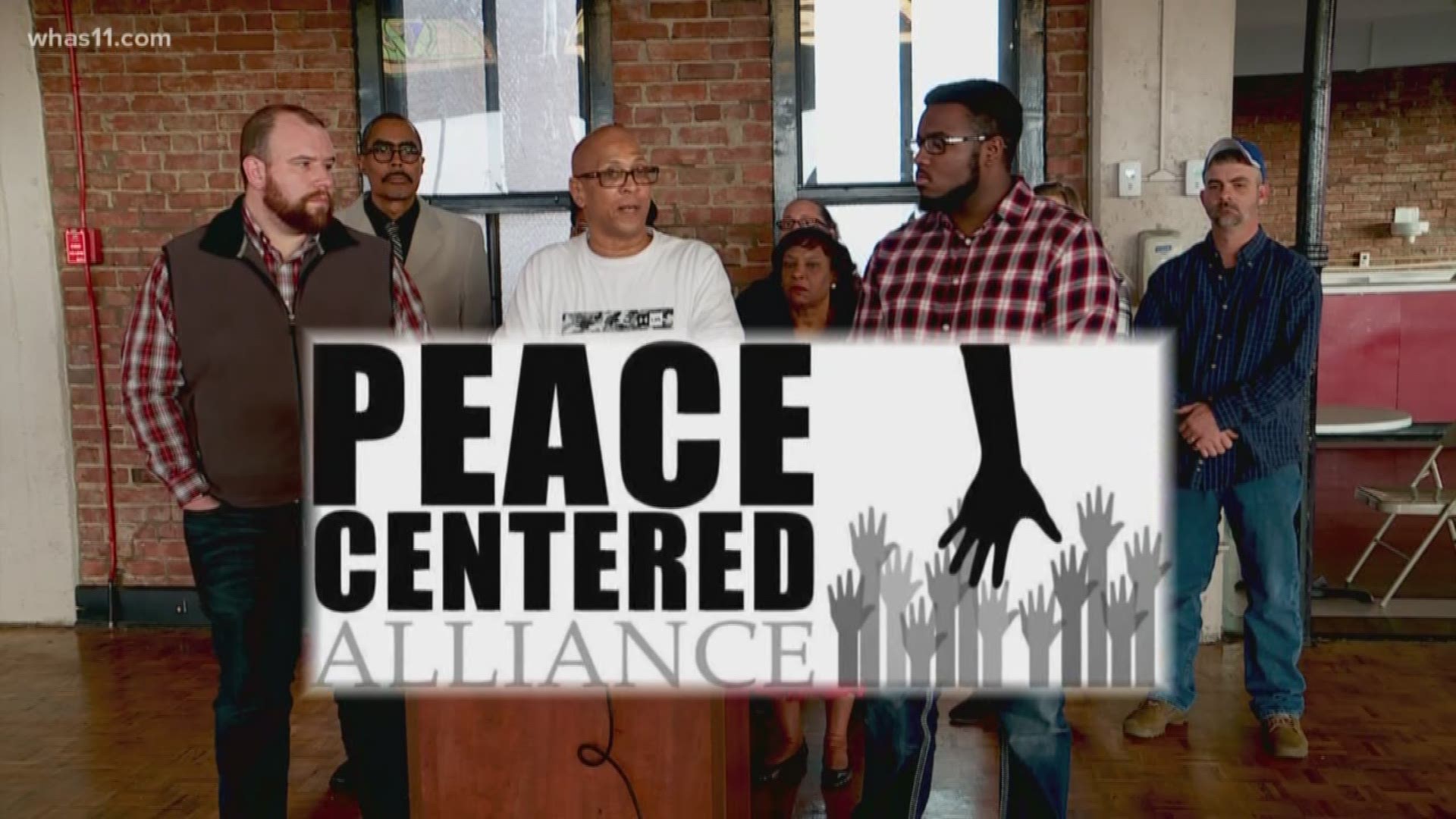 LOUISVILLE, Ky. (WHAS11) - A group of violence survivors gathered Sunday afternoon at the Chestnut YMCA to share stories of how their lives have been impacted by tragedy.

They were there to support the announcement of Peace Centered Alliance, a new non-profit spearheaded by Christopher 2X, a community activist.

"Peace Centered Alliance is a new start-up non-profit that will work in multiple ways with families and children and also as it relates to education and violent crime issues," 2X said.

The announcement came as a follow-up to a report by the Pegasus Institute of Louisville in December 2017. That study documented the experiences of violence survivors and how they were impacted by the aftermath of tragedy.

"Whenever we set out to create this report we really had two goals in mind. The first was to document the experiences of individuals who had dealt with deadly and non-deadly violence," Josh Crawford said. Crawford is the director of criminal justice policy at the Pegasus Institute.

"The second was to make a set of policy recommendations to try and improve the circumstances under which those individuals found themselves after they were either a victim themselves or a loved one left behind by a fatal homicide."

Some of those policy recommendations included more resources and help for those impacted by violence, something 2X said the city hasn't provided.

"I can't sit here with a straight face and tell you we've seen any tangible results," 2X said. "As far as an entity from government really reaching out to survivors, we have seen none, which is why we're gonna take this into our own hands."

Terry Zwicker's son was beaten to death when he was 14-years-old. Zwicker said during that time, he felt like there was nowhere to turn for help. That's why he supports a new non-profit where he can help be a voice for other families going through similar experiences.

"I want them to have a place to go because that's what the reality of all this is. That we shouldn't have to, but we've got to do something," Zwicker said. "Putting things in place for us, even though we really don't want to be victims, we have to have the help."